On Thursday 8 July LSE’s Department of Media and Communications will host a briefing on the UK government’s draft Online Safety Bill (see our upcoming events page here). Professor Lee Edwards, who will chair the event, explains the implications of the Bill and offers an overview of what will be discussed.

A hugely significant piece of legislation, the Bill encapsulates the government’s response to many of the more negative social and political consequences of our digital lives that have been debated extensively over the past decade. In its current form, the Bill obliges ‘user-to-user’ services (such as social media companies) and search engines to accept certain obligations for monitoring content designated as harmful or illegal, limiting the distribution of that content, and taking it down where required. At the same time, the Bill recognises the importance of preserving freedom of speech, as well as content that is necessary to a democratic political context.

The importance and scope of the Bill is reflected in its size – the Bill itself, its explanatory notes and the associated impact assessment total 342 pages. Published on 12 May, the Bill has already prompted much discussion in the media as well as among the businesses and civil society organisations affected by its content. Indeed, there is much still to clarify, including the definition of providers’ duty of care, of online harm, the ways in which risk is to be measured and accounted for, and the way content should be evaluated.  There is inevitably a fundamental tension between preventing harm and preserving freedom of speech, and providing guidance about how to manage this in practice will be critical to its effectiveness.

Ofcom will have extensive powers as the designated regulator, and the effectiveness of any finalised Online Safety Act will depend on the regulatory relationship with the Secretary of State, on how it sets out the codes of practice that providers will have to abide by and on how it executes its oversight. The Bill also reformulates some of Ofcom’s existing obligations, particularly in relation to media literacy. The presence of media literacy in the Bill is welcome recognition of its value as a means of supporting citizens in their critical engagement with online information. Ensuring citizens are media literate is essential to combatting the collective harms that arise from online mis/disinformation that are too difficult to tackle with legislation.

The next stage of the Bill’s progress involves scrutiny by a pre-legislative committee (the members of which are yet to be announced) before it is presented to Parliament for debate in the autumn. It is crucial that the pre-legislative committee and the Parliamentary debate are informed by a wide range of informed opinion about the current Bill so that the House can ultimately deliver an effective piece of legislation.

At Thursday’s briefing, we’ll be contributing to the process of informing Parliament by bringing together academics, lawyers, MPs and representatives from Ofcom and DCMS to discuss three key aspects of the Bill: regulatory independence and the duty of care; the definition of harm; and the definition and role of the public in the Bill. With over 150 people registered for the event, we anticipate a lively discussion and debate about these crucial aspects of the Bill to inform its progress. The event will be recorded and will form the basis of a policy submission to the pre-legislative committee later this summer.

To register for the event, visit the Eventbrite page here. This article gives the views of the author and does not represent the position of the Media@LSE blog, nor of the London School of Economics and Political Science. 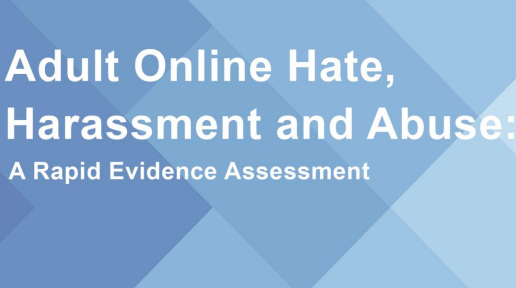