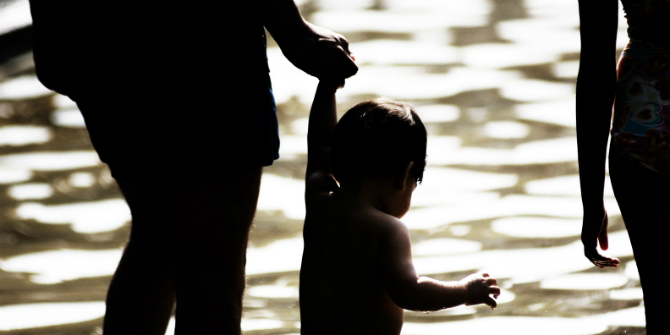 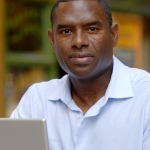 S. Craig Watkins argues that the home can serve as a rich and vibrant space for learning and his research looks at the role of technology in parenting. As social and economic inequality is growing in the United States, he shares some of his insights from working with  lower income families. Craig is a Professor in the Moody College of Communication at the University of Texas at Austin.  His current research focuses on how young people are leveraging social media, mobile platforms, and vibrant social networks to design alternative creative economies in the face of social, economic, and technological change.

As educators, policy makers and community activists look to build more equitable futures, a considerable amount of attention remains focused on families, especially parents. Families represent an important node in the learning ecologies of children and teens. When parents are able to connect their children to resources, material and immaterial, they provide substantive support in the pursuit of academic (i.e., higher grades) and non-academic (i.e., character building) outcomes. Moreover, when the home can serve as a rich and vibrant space for learning through inquiry, curiosity and play, the social and educational payoffs can be immeasurable. But, not all homes are equal when it comes to their capacity to secure the kinds of provisions that promote the social and educational development of young people.

Much of the research literature suggest that more affluent families are able to make substantial investments in their children’s lives — especially in terms of the money and time that they spend. Perspectives like these, however, tend to overlook the important ways that parents tied to lower-income occupations and social immobility tend to invest in their children’s lives.

In the research conducted by the Digital Edge team of the Connected Learning Research Network, we spent a considerable amount of time working with students from resource-constrained families. We learned a lot about the lives of students in school, at home and with their peers. We met all kinds of families — college educated, immigrant, lower-income, English dominant and Spanish dominant. Social and economic inequality is growing in the U.S. and the implications for education and social mobility are quite serious.  How are parents navigating the rapidly evolving worlds of education, learning, technology, and social change? And, what does it mean for how we think about the role of parents and the family in the development of young people?

Here are three initial takeaways from our preliminary analysis of the data.

Much of the literature on schools and families focuses on the differences between higher-income families and lower-income families. Often, there is an assumption that the former are more invested in their children’s educational development. This is usually measured in the form of enrichment activities and other supports (i.e., the use of tutors, coaches) that more affluent parents are able to invest in. Some studies suggest that college-educated parents also spend more time with their children, especially mothers who may opt out of the labor force for the expressed purpose of child rearing and educational development. But, in our study we began to cultivate a different perspective, one that we think counters some of the conventional wisdom about families, parenting, class and the academic trajectories of students.

For instance, we found that parents in immigrant and lower-wage employment were just as invested in their children’s educational development as their more affluent counterparts.  Many immigrant parents consistently emphasized the importance of education as a path to greater career choices and opportunities. Most of the immigrant parents in our study came to the U.S. as children or young teens and were unable to continue their education because they needed to work to help support their family. These parents work hard to make sure that their children have access to decent schools and educational opportunities. Families in our study moved on multiple occasions and often to secure access to what parents perceived to be richer educational opportunities for their children in the form of better schools, safer environments, and access to technology. In his study examining why the African American population in Austin is decreasing as the overall population enjoys robust growth, University of Texas at Austin Professor Eric Tang suggests that African American families may be moving to neighboring suburbs, in part, to enroll their children in schools that offer better educational opportunities.

Parents from resource-constrained households work hard to provide access to technologies that they believe are critical to their children’s social and educational development. Most of the students in our sample of case studies owned a mobile device and several had some type of home Internet access. Over the years, research has consistently shown that households with children are much more likely than those without children to own computers and have access to the Internet. Many of the families in our study reflect this trend. Parents made sacrifices to purchase mobile phones, computers, and Internet service. In fact, they consistently expressed perspectives that viewed access to technology as a way up in our tech-driven world and knowledge economy.

We found a digital participation gap between immigrant parents and their children. As a 2013 report from the Pew Hispanic Center notes, the varied patterns of tech adoption within the Hispanic community is substantial and shaped by factors such as age (younger Hispanics are much more likely to be technology adopters than their older counterparts), levels of educational attainment (college graduates are far more likely to adopt than those with less than a high school diploma), native or foreign born status, or whether a person is English dominant or Spanish dominant. Immigrant parents in the families we met were much less likely than their children, for example, to adopt social media or smartphones. Though parents were aware of Facebook or devices like the iPhone, they rarely used them. Consequently, their capacity to manage or scaffold their children’s use of technology was significantly limited.

Two things differentiate the parents in our study from what we know about more affluent parents. The financial and social capital each is able to accumulate. While the parents in our study had aspirations for boosting their children’s educational progress, they lacked the financial means to reliably command the kinds of resources that more affluent parents can acquire. Affluent parents are investing in things like enrichment activities and the recruitment of tutors and college prep coaches for one primary reason: to gain an added advantage in the hyper-competitive race for admission into select colleges and universities.

And, then, there is the matter of social capital, a reference to the aggregate of benefits and resources, material or immaterial, that is derived from the social relations a person is able to cultivate. The family is a crucial source of social capital. That is, a powerful resource and a bridge to other resources which support young people’s ability to thrive in school and beyond.

It is a mistake to assume that the poor and working classes lack social capital. The families in our study invested in social capital. Generally speaking, lower-income families maintain vital social networks but the architecture of those networks differ from their more affluent counterparts in at least one important way. The social networks among lower-income parents tend to be more kinship based. In contrast, higher-income families tend to benefit from greater network diversity. These networks tend to be made up of professionals and may also include what James Coleman refers to as intergenerational closure or the likelihood that higher-income parents are often forming connections to other parents in their children’s school. When parents are involved in the school through teacher meetings, connections to other parents, and organizations they are able to cultivate productive relationships. These relationships are the stuff of social capital and generally lead to a host of tangible and intangible resources, opportunities, and benefits for young people.

The most critical difference is that affluent parents are better positioned than lower-income parents to convert their social capital into a resource that can be mobilized to realize preferred educational outcomes for their children.

Any effort to bridge the achievement gaps in our schools and enrichment gaps outside of our schools must address matters related to parents. One certain way to support students from resource-constrained families and communities is to devise ways to support their parents.  When parents have a sense of agency regarding their children’s social and educational development they are much better positioned to catalyze their resources in ways that engineer more desired outcomes. A key question moving forward is how do we empower parents like the ones in our study — non-college educated, immigrant, low-occupational status — to be even greater agents of influence in their children’s social, educational, and technological development? Take, for instance, the increasing presence of technology in the lives of children and teens.

Most parents are looking for answers to a variety of tech-related questions. What should my child be doing with technology? How do we help our children manage the fine line between online risk and online opportunity? What kinds of technology-related skills must my child develop for the new economy?

Though most parents are seeking answers to these kinds of questions, those in resource-constrained households are especially challenged due to their own limited experience with social and mobile media. The limited expertise with technology certainly influences the degree to which a parent can effectively monitor, engage, or scaffold their children’s media practices.

So, as researchers and policy makers look to build more sustainable futures, they would be wise to design creative ways to support parents even as they pour more resources into supporting students. We instinctively understand that our public institutions (i.e., schools), policy initiatives, and the spread of media technologies must be a valuable resource for students. But, how can these institutions, policies and technologies become an asset for parents?

This post was originally published on DML Central on 25 May 2015: http://dmlcentral.net/blog/s-craig-watkins/parenting-world-social-and-technological-transformation 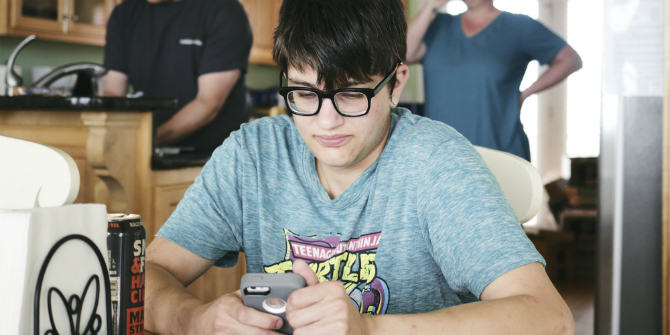