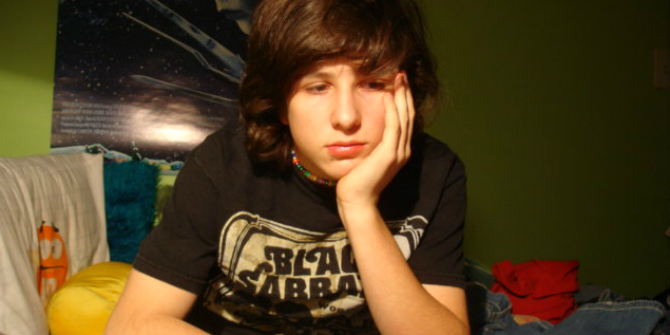 This November has been anti-bullying month in the UK. Guest blogger Daniel Miller shares insights from his work on social media and bullying, or ‘taunting’, as he prefers to call it. He suggests to move away from technology-focused explanations for bullying, and instead zoom in on the role of social media in changing the nature and form of negative interactions among school pupils. Daniel Miller is Professor of Anthropology at University College London and leads both the international research team and UK branch of the Global Social Media Impact Study and the Why We Post project.

Take the concept of ‘cyberbullying’ – ‘cyber’ might imply that it is online technologies that are the cause of bullying, while ‘bullying’ implies we can identify discrete groups of people, bullies and victims. But both of these could be misleading. Teachers will point out that bullying in school existed before the internet – so we might be witnessing a shift in the place where bullying happens, not the cause of it. And what is taking place may also reflect a wider culture of negative interaction in which the same people play different roles at different times. So ‘taunting’ could be preferable to ‘bullying’, since it reflects a more general culture of school pupils simply being nasty to each other as a general part of school life.

I came to consider these questions as part of a much larger study concerned with the overall use and consequences of social media in a village north of London. Along with Ciara Green, I worked in four secondary schools, examining the use of social media. The infograph below tells you the overall use of the main platforms by school pupils. 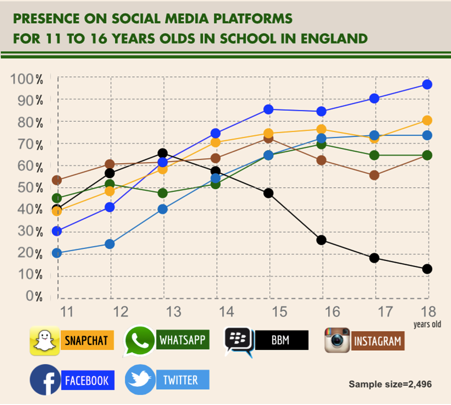 In addition to the survey results depicted above, we interviewed 80 pupils (aged 16–18) and their teachers. Teachers who remember the ways school pupils could be nasty to each other – what I call ‘taunting’ – before social media feel that there may have been no overall increase, but it is clear that social media has changed the nature of this taunting.

Through our research we came to identify three specific changes we felt were most significant:

Indirect tweets are horrible. They are horrible. And everyone assumes it’s about them. Everyone. The indirect thing is a nightmare. Had one the other day – ‘Fake friends, I can see you’.

They don’t have the decency, let them have their home, somewhere safe to be. Now there’s nowhere to go. People say ‘just log off Facebook’, but if you log off you have the voice in your head like she’s posted six things about me and I can’t see it.

The relationship between these three specific changes that seem to be an outcome of the use of social media becomes clearer if we view them in terms of the highly gendered nature of taunting at school. The pupils, whether male or female, see females as using ‘indirects’, and one girl explains:

Guys tend to just say stuff, say it and get it over and done with, but girls, we’re not like that, probably just beat around the bush a bit.

The boys are seen as ‘stirring’, encouraging what they see as entertaining online fights.

Girls are also seen as more devoted to constant social interaction, 24/7, while boys may be gaming, and the erosion of distance is part of that. While hiding behind a screen is also related to girls since face-to-face taunting can lead to physical altercations (where males have the advantage of physical intimidation), so, in a way, all three social media impacts ‘empower’ females, when compared to prior face-to-face and physical encounters – although this increasing equality is sadly mainly used to taunt other females.

Our research suggested that almost all the pupils take part in such taunting, and they take on many different roles, sometimes taunting and sometimes being taunted, which is why we prefer the term ‘taunting’ to ‘bullying’. US-based research by Marwick and boyd uses the term ‘cyber-drama’ for much the same reason.

Overall, then, we have tried to move beyond the question of whether technology is a cause of bullying or to blame for bullying, and instead try and focus on the precise differences that social media makes to the nature and form of negative interactions among school pupils.

If you would like to know more about Daniel Miller’s research, UCL Press are publishing his book as an open access resource in February 2016 under the title Social media in an English village. You can also take a free university course called ‘The Anthropology of Social Media’ that reports on the research in eight countries, and will also take place on the FutureLearn platform in February 2016. 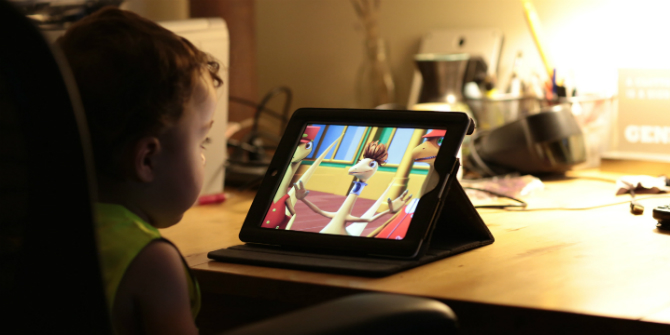 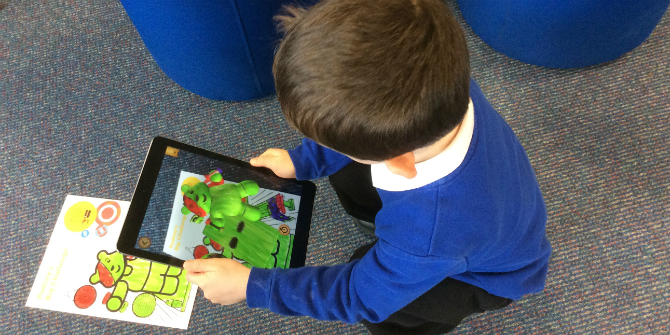