Banning kids from having smartphones misses the point

Banning kids from having smartphones misses the point 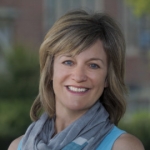 Recent articles have suggested that handheld devices should be banned for children. In this post, Lynn Schofield Clark, shows why that view hyperbolic and argues for a productive and valuable use of technology and screen time. Lynn is a Professor at the University of Denver who studies the choices we face as digital and mobile media change our relationships and our societies. Lynn is also author of The Parent App: Understanding Families in a Digital Age.
[Header image credit: R. Leeming, CC BY 2.0]

In a recent article (“10 Reasons Why Handheld Devices Should Be Banned for Children Under the Age of 12″), a pediatric occupational therapist calls upon “all parents, teachers, and governments to ban the use of handheld devices like smart phones for children under the age of 12.” Under these guidelines, children older than six would be allowed a total of two hours of screen time per day.

The experts cited in the article put forth a great deal of evidence to support their arguments about the harm caused by digital and mobile media, and some of those arguments are debatable. For me, though, the real problem with this strict limits approach is this: Are there any parents out there who have 22 hours each day in which to regulate and oversee their children’s media use?

The experts in the article don’t actually suggest that parents should do this policing. They suggest instead that parents should get rid of their own mobile phones, tablets, laptops, game consoles, and other handheld devices so that their children will not have access to those devices. But I think we all know that’s not going to happen. And if we don’t get rid of our own devices, a different problem emerges: We’d be encouraging our children to “do as I say, not as I do.”

One other problem with such constant control of the media environment: Even if we ban these technologies in our own homes, our children are likely to have opportunities to play games, check out YouTube, or text friends when they’re at the home of a friend or relative or even when they’re in their school’s computer lab. I suppose we as parents could demand that others comply with our own strict policies, but that’s problematic, especially in households of divorce. Where family members have differing approaches to technology, our children need opportunities to see that we are able to work out those differences. Policing across a variety of settings has got to be exhausting anyway.

So it comes down to this: Do we really want to oversee our children’s every activity?

I know that when it comes to digital and mobile media, I don’t want my children to look to me to regulate them constantly. I want to raise children who can regulate themselves. Members of the Institute of Medicine, the National Research Council and the Center on Media and Child Health tend to agree with me. At a recent conference at the National Academy of Sciences, experts suggested that instead of allotting a fixed number of hours for limited screen time, a better approach might be to ask how we, as caring adults, can help our young people learn to manage their time in a media-saturated society.

One way to do this is to model behavior for our children. If we want our children to learn that it’s appropriate to turn off our devices at key moments (such as when we’re at the dinner table together), then everybody shuts off the devices and you as a parent engage everyone in conversation about topics that of interest to all. If we want to model the importance of playing outside, we need to make the time to play outside with them. And if we want our children to become young people who can and do give their full attention to others, we can model how to listen respectfully, perhaps even asking them to show us their favorite online spaces as a way of demonstrating our interest in their interests.

Most parents I’ve spoken with have suggested that mobile and digital media do play some positive roles in their family’s lives. Parents appreciate the ability to remain in contact with their children via mobile phone when they are at work or school, and many researchers are exploring the benefits of technological use for the development of creative thinking and engagement. New handheld technologies can be especially wonderful for young people with special needs, as Jo Ashline points out in her reponse to the same article.

Screen time also has an important and overlooked benefit in time-stressed homes, especially those headed by a single parent. When a child is safely occupied in an activity of his or her choice, a parent has the time needed to fix dinner, do laundry, or attend to the needs of other family members. Limiting screen time might result in more hours of paid childcare, more money spent on takeout food, or more chaos in the household. Those don’t seem like very attractive options for most families, and they’re not developmentally desirable, either.

Our children are growing up in a mediated environment. It may have many new dangers, and it’s important to educate ourselves and our children on why limits are important. But rather than asking only about the appropriate limits, perhaps we should be asking how we might use technology in ways that will enhance our lives together.

This text was originally published on Psychology Today and has been re-posted with permission. 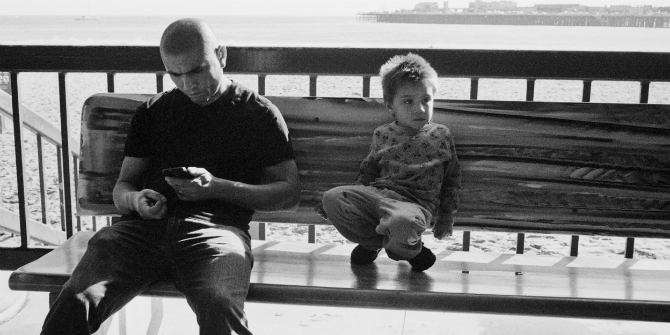 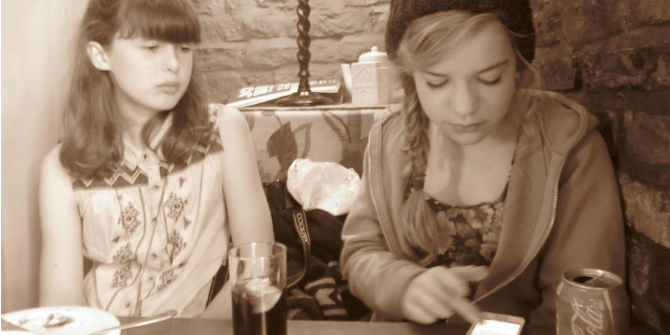