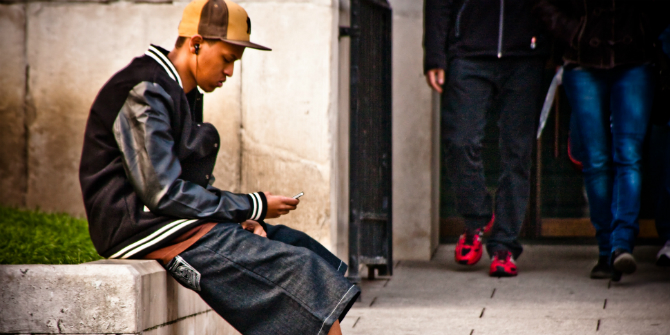 Parents are worried about their children’s online privacy, but what are their options? Filtering content, invasive protection measures, or turning the internet off? Today is Safer Internet Day and Sonia Livingstone takes a closer look at children’s exposure to online hate. Sonia is Professor of Social Psychology at LSE’s Department of Media and Communications and has more than 25 years of experience in media research with a particular focus on children and young people. She is the lead investigator of the Parenting for a Digital Future research project and the Evidence Champion for the UK Council for Child Internet Safety.

In developing parental guidance and wider policy in relation to children’s internet safety, I have long had two cherished moans. There isn’t enough research! And people are overly focused on sexual risks (not that these don’t matter!) compared with other risks of concern to children (consider trolling, self-harm sites, identity hacking and more). Well, at last it seems things are beginning to change.

For Safer Internet Day 2016, the UK’s Safer Internet Centre conducted a new national survey of children, recognising the prevalence of exposure to online hate that has been building over recent years. By ‘hate’, they refer to hostility or bullying messages that focus less on individuals and rather on a group (defined in terms of ethnicity, religion, sexuality, etc.). Their new survey shows that, among 13- to 18-year-olds, 82% say they have witnessed online hate of some kind, and 24% have themselves been the target.

At its worst, hate messages may indicate online extremism (see also this safety brief), and this is a new challenge for parents and schools – leading UK schools to now monitor students’ online activities, and stimulating in turn a new market in developing software for tracking and checking that may, in turn, risk students’ privacy and freedom of expression.

In their more everyday – but still potentially painful – incarnation, hate messages can be part of the taunting or cyberbullying that characterises many children’s school days. To address this, most policies try to guide parents and teachers in supporting children and helping to build their resilience, since we can hardly wrap them in cotton wool, and nor can we turn the internet off easily.

Turning off the internet is not an option

This blog is primarily focused on parenting, so it’s pertinent that several new studies have specifically considered the challenges of parenting digital children in a world where turning off the digital is increasingly implausible. In the US, the Family Online Safety Institute’s new research on Parents, privacy and technology use addressed another concern rising fast on the agenda of concerns – managing children’s online privacy. This reported that parents are more concerned about their children’s online privacy than their school performance, relationships or health. This is striking, and perhaps it matters how the question is asked (or what the headlines say). Nonetheless, it seems that privacy is now on parents’ radar, which is surely the first step to taking action.

Yet the same report shows that US parents remain optimistic about the benefits of digital activities for their children. Does this mean that they are ready to trade their children’s privacy for the benefits, as they perceive them? Does it mean they are naive about the risks? In Europe, the recently approved data protection legislation suggests they may be, while the rise of hacked smart toys and digital marketing also gives grounds for concern.

Opting in or opting out

Meanwhile, back in the UK, the communications regulator Ofcom published its latest report, Strategies of parental protection for children online, just before Christmas. Conducted partly at the behest of government to provide an update on the take-up of domestic filters, it contains a wealth of information I cannot even begin to summarise here. Strikingly, the four main UK broadband providers adopted different market strategies, and this seems to matter a lot. So while BT, TalkTalk and Virgin Media offered households the choice to opt-in or opt-out of home filtering (for pornography, hate and violence, etc.), Sky adopted a ‘default on’ approach, resulting in vastly higher take-up.

Frustratingly, figures on filtering adoption do not distinguish whether there is a child in the household (i.e., they don’t consider parents’ decisions in particular). Still, the findings suggest that even parents faced with the choice prefer to rely on their own resources to manage their children’s internet use than on the operation of a filter. Yet when it’s turned on automatically, few bother to turn it off. If we, as a society, are confident that filters work well, Sky’s solution could be the way to go. But if we lack such assurance, children may be unduly restricted in their online explorations.

Published just after the Ofcom study, Internet Matters’ Pace of change report found a continued discrepancy between children and parents’ internet experiences, with children using the internet more than parents, and parents underestimating children’s usage. Of the various findings reported here, perhaps the most striking is that ‘most parents and children don’t think the internet is a safe place for children to be’ – striking given the scale of use among both parents and children.

Most recently, Ofcom’s qualitative Children’s Media Lives study helps us understand why families use the internet despite their concerns: it offers a new outlet for children’s creativity, it inspires new forms of learning, it invites emotional investment (especially in gaming worlds), it engages children’s identity ‘work’, and, of course, it fills the time that parents are too busy to occupy.

No wonder that ambivalence is one of parents’ strongest reactions to the internet. But while research shows a shifting array of risks accessible to children, posts on this blog also suggest ways in which parents are experimenting with ways to protect and empower their children.

Getting to grips with new digital challenges

The theme of this year’s Safer Internet Day is ‘Play your part for a better internet!’ This is not to put the entire burden on parents by any means (another recent report reviewed the latest findings for the European internet industry, so they, too, play their part). But it is heartening that while research does show a widening array of risks, it also shows growing awareness and effort on the part of parents – among others – to get to grips with new digital challenges. 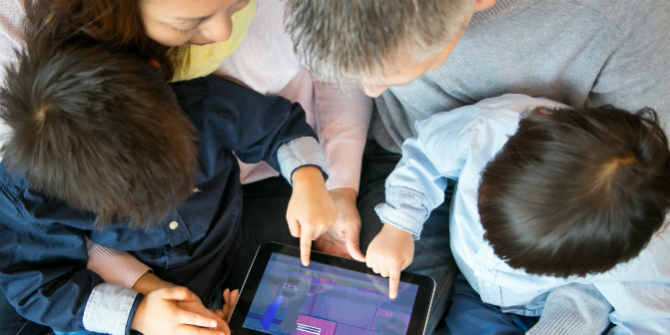 Back to school with Parenting for a Digital Future 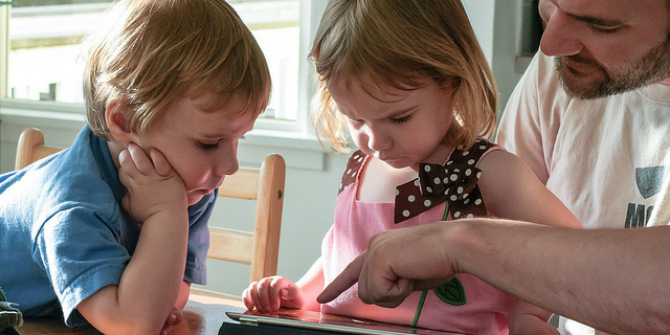