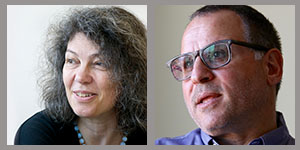 Sonia Livingstone and Julian Sefton-Green followed a class of London teenagers for a year to find out more about how they are, or in some cases are not, connecting online in their everyday lives. This post discusses their findings about social class from this research for their book, The Class: living and learning in the digital age. Sonia is Professor of Social Psychology at LSE’s Department of Media and Communications. She is the lead investigator of the Parenting for a Digital Future research project and has more than 25 years of experience in media research with a particular focus on children and young people. Julian is an independent scholar working in education and the cultural and creative industries. He is currently leading the project Preparing for Creative Labour and is a principal research fellow at the Department of Media & Communication, LSE, a research associate at the University of Oslo and visiting professor at The Playful Learning Centre, University of Helsinki. [Header image credit: Zebra404, CC BY-NC 2.0]

How do young people think about and enact differences of social class? In an upcoming chapter, we reflect on what we learned about social class in our fieldwork for The Class: Living and Learning in the Digital Age. From economic, cultural, and social perspectives, the class was a microcosm of contemporary Britain, and it lived with the risk of conflict, misunderstanding, and prejudice also faced by the wider society. So how do the young people deal with the fact that, in the class, many languages and religions coexisted, and while some lived in homes worth several million pounds, others lived in state-subsidized council housing? And what role, if any, is played by mass and social media?

As we observed, teachers generally endorsed the ideal that everyone should be equal, treated according to their individual merits. We saw a major effort on the part of the school towards civility, important in a super-diverse society. This was reflected, rather uneasily, in the young people’s views too. Megan, a popular girl from a middle-class family, was a bit uncomfortable in explaining that:

“I’m not really friends with—this sounds bad—any poor people. But that’s not because I’m not friends with people who are poor. It’s just that just happens to be who I’m friends with.”

But when we asked whether the mix of backgrounds at school was problematic, Megan was glad to explicate the democratic vision of the whole class:

“No, I don’t really think that’s an issue, like, because we all go to the same school, so we’re not that different… It’s not like we’re going to have fights: ‘You’re not as rich as me. I don’t like you.’ So I don’t think it matters. I think it’s good because you can always meet someone who’s, like, different to you.”

Shane, whose single-parent family was not at all well off, was more willing to explain how social class divided the students:

He had no trouble identifying “the posh people,” but he found it hard to explain why they merited such a label: “They’re not posh, but we just call them posh, I don’t know why.” Although it may not have been obvious from his initial classification, Shane was not keen on those who “play pat ball,” preferring those who play football (soccer) or “chat about rubbish”—meaning, “not chat about rubbish but, like, the people, like, always having a laugh.”

Actually, in our sociologically informed efforts to classify members of the class, we faced a similar hurdle: identifying who was middle class was fairly straightforward but, with the exception of Shane himself (who bore a remarkable resemblance to Paul Willis’ lads “learning to labour”), none of the class could be neatly labelled as working class, and quite a few had more cultural capital than would be expected from their economic resources, often because of migration or divorce.

As some social theorists have argued (notably Ulrich Beck and Elisabeth Beck-Gernsheim), although people still use the terms “middle” and “working” class, the meaning of these terms is changing, no longer mapping neatly onto right and left wings of the political spectrum, or management and workforce, or even onto wealthy and poor but, instead, referring to a looser association between social status and forms of knowledge, social capital, and cultural tastes and habits. Privilege still reproduces itself, but among the less privileged, all kinds of ways of life exist.

As class becomes more about taste and culture, the role of the media comes to the fore. In the school day, media culture was often positioned as a shared body of experience by which teachers can bridge what students are presumed to know already and what they need to learn. To motivate students in physical education, the teacher observed that they would do the same warm-up exercises as celebrity footballers. To advertise the science club in the year group assembly, students were enjoined to find out “how an iPhone works.” To explain graphs in math, the exercises were to plot data on mobile phone tariffs or Hollywood film profits. To judge work in geography, students were invited to act as judges in X Factor, a popular reality television show.

But these popular culture references far from matched the actual interests of the students, and at times they actively masked significant differences between them, skating over potential conflicts. So, while to the teachers, references to television programs or listening to music offered a kind of common culture that enabled both teaching and civility, the limitations of this approach were never far away. Interestingly, the young people used Facebook in a remarkably parallel manner to the school’s civil space. Almost everyone was “friends” on Facebook with everyone else, rendering this meaningless for the construction of strong ties or for more intimate explorations of selfhood but meaningful in terms of weak ties and the generalized construction of a common social belonging. Yet on Facebook too, the conflicts were never far away.

But the class was far from unaware of differences in social class. We saw this most clearly in the choice of friendships, enacted offline and online, where after a day of all being together, the young people self-assorted into relatively homogeneous groupings by socio-economic position, ethnicity, and gender to walk home, hang out and go online with after school.

At home, perhaps unsurprisingly given a context of parental anxieties over precarious futures, we saw how digital media are being co-opted into the future-oriented effort to ensure children “keep up” or “get ahead”. For example, we saw how families acquire a computer so as to support their children’s homework, arranging a corner of the home and devoting time in the daily routine to ensuring its “proper” use.

Yusuf’s parents, Muslim immigrants from East Africa, took the idea of supporting learning in the home a step further. They had invested in an expensive but unaccredited set of CDs containing a curriculum in math and English for their four children to improve their educational outcomes working individually in an especially kitted-out bedroom at home. The father, originally a trained nurse but now working as a railway ticket inspector, acted as the head teacher (school principal), charting the children’s progress on a series of complex wall charts. Yusuf’s teachers were unaware of this domestic investment in technology and effort, and it was unclear whether it brought educational benefits—especially as Yusuf was withdrawn for language support at school. Indeed, we saw a rather quiet boy with little time to relax or identify and pursue his own interests.

By contrast, Giselle’s educated and artistic parents supported a host of creative learning practices in their daughter, including a mother who took sketchbooks, paints, and an easel on holiday to teach her children art, and child-led rather than grade-led music lessons with an “alternative” teacher. A similar structure of support framed Giselle’s technological pursuits. For example, her father told us unprompted of how her Minecraft play developed technological fluency and social skills to participate in a virtual social world. Giselle had learned to conceive of her game-play as part of her interest-driven artistic practice, contrasting with the school’s hard distinction between art lessons, ICT lessons, and, excluded from school entirely, playing computer games.

Unlike in Yusuf’s home, which mimicked school routines, testing, and outcomes, Giselle’s family saw home as superior in providing creative and flexible opportunities to learn, and school that failed to match up. But it is not the case that the working-class families were just leaving their children to grow up as they might, while middle-class families push theirs ahead. Rather, we saw most if not all parents strive for some degree of “concerted cultivation” or curricularization of leisure, but their different starting points in terms of cultural capital make for different outcomes. Also, some middle-class parents deliberately avoided competitive pressures by seeking alternative approaches which, since they were often built around artistic endeavours, we decided to call “bohemian.” Then, since many of our poorer families belonged to minority ethnic cultures, the pedagogic support they provided at home tended either to misrecognize the values of the majority culture (and, thereby, the school’s values) or to result in outcomes that could not be converted into those valued or even recognized by the school.

In short, we saw school using media to try to be fair to everyone, while at home parents use media to do their best for their child. The result, it seems, is that media play two roles in relation to social class – supporting practices of civility and fairness, but these practices are undercut in the long run by the ways media are used differentially by parents living in unequal circumstances. 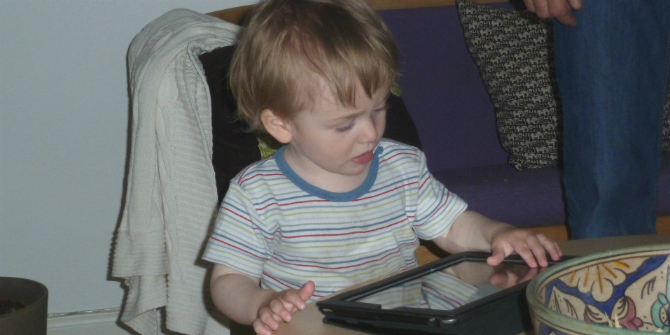 “It’s none of their business!” Children’s understanding of privacy in the platform society