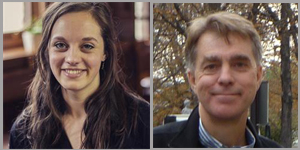 How do non-biological fathers take on their role as ‘social fathers’? What resources are available to them? In this post Clare Deane and Martin Robb report on the experience of using a forum on the DAD.info site to explore the topic of social or non-biological fatherhood. The project is part of a joint initiative between The Open University and Family Matters Institute, which hosts the website. Clare is Research Development Officer for the Social Sciences at Cardiff University and Martin is a Senior Lecturer in the Faculty of Wellbeing, Education and Language Studies at The Open University. [Header image credit: Pete D., CC BY-NC-SA 2.0]

In the world of online support for parents, websites run by and for fathers are quickly catching up with those aimed at mothers. These sites offer a rich resource for researchers working on parenting issues, since they provide an insight into the issues that concern fathers as well as potential access to a large and diverse sample of men. Although not yet quite as popular as Mumsnet, DAD.info is now Europe’s largest online advice and support network for fathers.

DAD.info offers targeted and relevant information through articles and other content across a variety of topics linked to fatherhood, including relationships and separation, financial and legal matters, and raising children. It also encourages an interactive element and peer-to-peer support.

The relationship between father and child

For most fathers, the relationship with their children is a key part of their identity. While this may vary from one individual to another, it tends to have some common characteristics, such as having responsibility for the children, care-giving, and bonding with them. For many, a crucial factor in forming and maintaining this relationship is the biological bond they have with their child.

But what does this relationship look like when the child in question is not biologically related to the father, or where the biological relationship is more distant (such as uncle or grandfather)? Does this affect the relationship in any way? And how do men come to be in the position of caring for other men’s children? Does the absence of a close biological tie affect the relationship between ‘father’ and child? These are just some of the questions driving our investigation of the relatively unexplored issue of ‘social fathering’, a term now commonly used to describe the fluid and changing ways in which men care for children.

These questions have significant policy implications, particularly regarding legal responsibility for children, and also the consequences for practitioners, such as, to what extent should non-biological fathers be included in services for children and families? Understanding more about men who take on this kind of fathering role, and their relationship with the children they care for, can contribute to a better understanding of why men become social fathers, the positive contribution they make to the lives of the children involved, and the kind of policy or practice interventions that might best support this involvement.

Our study ran for two months between April and May 2016, and we collected a total of 422 responses. The follow-up email to respondents who identified as non-biological fathers generated 19 responses, a number too small to be representative, but it allowed an initial glimpse into the experiences of these men.

Of the 37% of respondents who identified as a social or non-biological father to one or more children, when asked about their relationship to their child or children, 53% defined themselves as a step-father, with the remaining identifying themselves as a friend of the family, a sibling, an uncle or grandfather. Hence, a range of men across both family and wider societal networks are involved in fathering children for whom they are not the biological father. This is reinforced by the responses to a question about the men’s relationship to the mother of the child(ren): 47% described themselves as a partner and a minority said they were either a parent, friend or sibling to the mother of the child.

Social fathers (as opposed to non-biological fathers) clearly have a variety of different relationships to their children, which points to further questions about how and why they come to take on this role.

Of these social fathers, 70% also had one or more children for whom they were the biological father. This confirms the relevance of our research to the contemporary context, where there are hugely varied family structures beyond the traditional nuclear family. It also prompts another question about how fathers perceive their relationship or role with their biological compared with their non-biological children. Do they perform the same duties in relation to both?

This rejection of what we might perceive to be general aspects of fathering is interesting. It could be because the fathers didn’t identify with the language used, or that they define their relationship to the child in a completely different way.

We hope to build on the DAD.info survey and obtain funding for a larger qualitative study, using in-depth interviews and focus groups with social fathers from a wider national sample. We are also keen to explore other ways of using websites and online forums to gain further insights into the experiences and perceptions of social fathers, including the role of the internet itself in supporting men’s involvement in the care of children. This raises the question as to whether it’s possible to use the internet to go beyond the relatively superficial questions that this initial survey asked, and to explore the more intimate issues that it raises concerning family relationships and personal identity.