While there is little evidence to show that teenagers face more risk of social harm online than they do offline, a study into the social media practices of teenagers in Spain has found that gender constitutes a trigger of risk in a society that blames women for the aggressions they suffer. This post asks how can such victim-blaming might be overcome. Cilia Willem, Núria Araüna and Iolanda Tortajada are researchers from the Asterisc research group at the Rovira i Virgili University (Tarragona, Spain), where they have researched on youth and social media for the past ten years. [Header image credit: Pixabay]

Moral panics about girls, sex and the internet have been around for a long time. Our children, especially our daughters, are supposed be more vulnerable to sexual predators online. In a recent post on the screen lives of children and teens Manuela Maiguashca highlighted parents’ fears surrounding ‘porn’ and ‘grooming’ regarding their kids. However, we argue that there is no evidence that social media is actually more dangerous for young people than the offline world. In fact, teenagers have the need and the right to explore their sexuality both on- and offline. They eagerly use visuals to explore sexiness on social media (see for example this study of teenagers on Fotolog), as these networks facilitate identity and relational work.

Beyond looking for online material and sexual content on an individual basis, teenagers primarily use online functionalities to interact with each other – they seek social comparison, finding out what peers think about them in terms of attractiveness and potential relationships. Teenagers thus negotiate these ‘digitised identities’ in their daily interactions with peers on Instagram, Facebook, Snapchat and Whatsapp. There is nothing odd about this, given that youngsters simply use the available technology to experiment with their identities in all dimensions, including their sexuality.

So where is the problem? During the last decade we have studied how adolescents in Spain portray themselves in social networking sites, as well as the criteria by which they judge others’ and their own presentations online. A content analysis of several social media platforms and focus groups has shown that gender has emerged as a trigger of risk in a society that blames women for the aggressions they suffer.

The problem from a gender perspective is that public narratives about sexting are still permeated with the age-old sexual double standard: girls are judged differently than boys when it comes to sexualized displays and behaviour, including online. Whereas boys unproblematically share photos of girls’ bodies or body parts and exchange them as an ‘asset of social capital’, girls are often slut-shamed for ‘sexy’ pictures. This eventually places girls in the impossible position of having to respond to insistent masculine demands of nudity as a proof of their sexual availability or interest, while putting their reputation at risk by doing so.

Our research with teenagers in Spain shows that girls are not only more likely to be labeled as ‘putas’ (sluts), but are also more often victims of unwanted sharing of private images than boys. Here, the underlying message to girls is that they are implicitly responsible for ‘sexting gone wrong’ given that they ‘should have known better’ than to share intimate or nude material on social media. Girls are often the first ones to blame themselves:

Researcher (discussing a victim of unwanted sharing): ‘I suppose she didn’t want him to share her pictures with anybody else.’

Researcher: ‘Then if the guy sends her pictures to someone else, it’s his fault isn’t it?’

Anna: ‘OK come on, what are you going to do, report him? Sue him for something you have done and you know wasn’t right?

Researcher: ‘What do you mean, you know wasn’t right?’

Anna: ‘Yes, of course, she’s the one who got herself into trouble! If you are a bit smart, you know from the beginning that you shouldn’t do that. Not with your boyfriend and not with anybody, and even less by phone! (…) You shouldn’t send pictures to everybody.’

Quote from study ‘‘Chonis’ and ‘pijas’: Slut-shaming and double standards in online performances among Spanish teens’ (2018). Names have been changed.

This form of victim-blaming situates girls as being morally responsible for protecting their bodies from male sexuality. This is a global problem, reflected online.

Sex and class: a double trap

Additionally, our findings, after in-depth work with teenage girls, show that not only is the sexual double standard perpetuated online, but so are judgements in term of class. In ‘‘Chonis’ and ‘pijas’: Slut-shaming and double standards in online performances among Spanish teens we argue that teenagers in Spain carefully and meticulously define ‘sluttiness’ using a series of criteria and attributes that are only obvious to them, and that have to do with class. In Spain, youngsters construct sexual judgements around the figure of the choni – equivalent of the chavette in the UK – as the working-class ‘slut’. This image of the tasteless and scandalous woman is reinforced by mainstream media constructions of the celebrity choni. This eventually leaves low-status girls no room to escape the ‘double’ double standard of sex and class, and has serious negative implications, for example in contexts of economic crises that tend to blur class borders, as Ignacio Moreno points out for Spain.

How can we break the cycle of gender inequality?

In order to break the loop of victim-blaming – i.e. patronisingly telling girls how to avoid being labelled as ‘sluts’ when they express their sexuality – we can use several strategies.

From a cultural point of view:

From an educational point of view we can work with teens to try and reinforce the following ideas:

As Jessica Ringrose and colleagues pointed out in a research article years ago: “What would it mean for us to live in a world where teen girls could unproblematically take, post or send an image of their breasts to whomever they wished?” 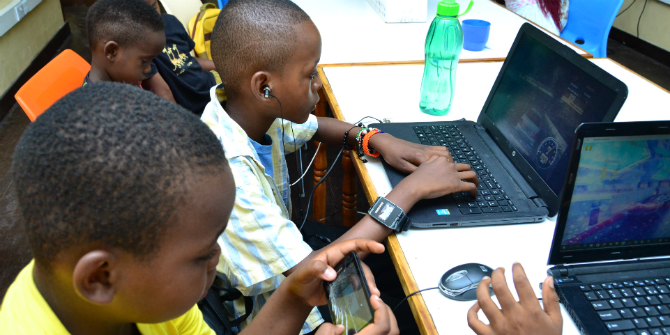 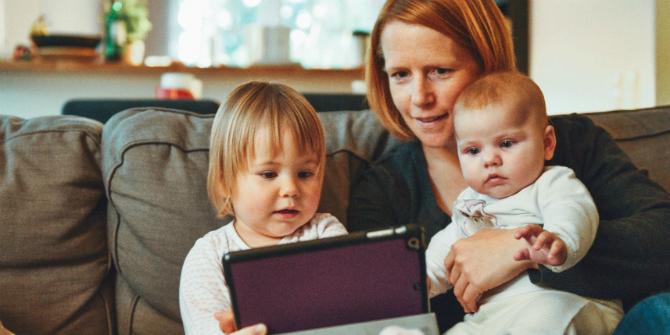