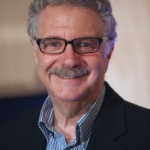 In this post Larry Magid takes a look at the recent media coverage of two apps and games that have been accused of harming children’s mental health. He argues that these sensationalist stories are often based on fake news and may serve only to exaggerate fears surrounding online risk in potentially damaging ways. Larry is a technology journalist and an Internet safety advocate. He is CEO and co-founder of ConnectSafely and an on-air technology analyst for CBS News. [Header image credit: J. Cheung, CC BY-NC-ND 2.0]

Several years ago, David Finkelhor, director of the University of New Hampshire’s Crimes Against Children Research Center gave a talk and wrote a paper called The Internet, Youth Safety and the Problem of ‘Juvenoia’. His argument, based on his extensive knowledge of actual online risks to children, was that there is an, “exaggerated fear about the influence of social change on children and youth,” which manifests itself whenever new technology emerges. Back then it was the internet, the web and social media. It still is, but now we can add games and mobile apps.

The latest bit of hysteria is centring around two stories: a deadly game called Momo Challenge and another called Deleted that The Sun, a British tabloid, called, “a chilling new online suicide game targeting kids”.

According to the Times of India, “the Momo challenge was initially started on Facebook but is now spreading via WhatsApp.” The article describes Momo as, “a social media account on WhatsApp, Facebook and YouTube”. The paper said that, “several web security blogs describe the Momo game as a social engineering attack which may not necessarily be real, but can still cause harm through online harassment and cyberbullying”. The article went on to say that the game, “challenges users to communicate with an unknown number, and complete a series of violent acts that ultimately end in death”.

The Buenos Aires Times reported that Argentinian authorities are investigating the suicide of a 12-year-old girl and are trying to determine, “whether she was motivated to take her own life because of the so-called Momo Game, a WhatsApp-based terror game that originates from Japan.” The US’s Fox News describes Momo as a, “viral challenge that asks people to add a contact via WhatsApp – they are then urged to commit self-harm or suicide.” Australia’s 9 News reports that “The Momo trend, which appears to have originated in Japan, has been likened to the ‘Blue Whale’ game which was reportedly linked to more than 100 teenage deaths in Russia.”

But as I wrote last year, the so-called “Blue Whale Challenge, which got enormous coverage around the world, was, according to experts, fake news from Russia”. A post by Anne Collier on NetFamilyNews.org quoted an expert from the Bulgarian Safer Internet Centre who said that, “it is a sensationalist fake started by Russian media back in May 2016,” and that “several Russian politicians already mentioned ‘Western intelligence services’ and ‘Ukrainian nationalists’ as creators of the ‘horrible game’ with the aim to exterminate young Russian generation.”

And, based on an analysis by Austria’s Safer Internet Centre, the Momo Challenge appears to be a hoax.

Based on a Google translation from the original German, the Centre stated: “Many WhatsApp users report that they are suddenly contacted by an unknown number and are sometimes harassed with very scary pictures, texts and voice messages. … Momo is nothing more than a so-called hoax and should be blocked and deleted.” If you get the message on Facebook, Instagram, YouTube or any other social media platform with an abuse reporting mechanism you should report it. On NetFamilyNews, Anne Collier suggests that “Momo is probably more than one account because copycats often join the ‘fun’ as coverage grows, and more than one phone number associated with it has been found in WhatsApp.”

There are some in the security community who suggest that the Momo Challenge is more about planting malware on people’s devices than getting them to harm themselves. Others have suggested it’s about harassment and bullying.

Momo is nothing more than a so-called hoax and should be blocked and deleted. If you get the message on Facebook, Instagram, YouTube or any other social media platform with an abuse reporting mechanism you should report it.

The most vulnerable victims to these types of social engineering attacks are young people. Even though the Blue Whale Challenge and Momo WhatsApp could be construed as urban myths, instances of cyberbullying and online harassment are very real.

The article in The Sun describes Deleted as, “a chilling new online suicide game targeting kids – as the death of boy, 11, is linked to 150,000-member strong forums.” The paper said that: “Police suspect 11-year-old Svyatoslav Chapala, who fell to his death from a nine-storey building in Moscow, was the latest victim of the sinister craze.”  The Sun quotes Russian tabloid Komsomolskaya Pravda claiming that the boy “is one of many Russian kids who belonged to these secretive online communities before their untimely deaths”. As per that Russian paper’s credibility, The Telegraph, in 2015, reported that Komsomolskaya Pravda once claimed in a front-page story that, “American intelligence services carried out the Charlie Hebdo terror attack to punish France for considering dropping sanctions against Russia.”

Georgi Apostolov from Bulgaria’s Safer Internet Centre researched the origin of the story of this Russian boy and in an email said that “relatives (not even parents) reportedly said that the boy spent a lot of time on the Russian social network Vkontakte. His profile displayed images from online games and Japanese anime and he reportedly was member of 17 online groups including two groups named DELETED.” He added that there were, “22,000 groups in Vkontakte with the same name with 5 to 149,000 members and that some unnamed teenagers reportedly said they have received posts on their profiles reading DELETED but they don’t know what that could mean.” The Sun picked up the story but, so far, it hasn’t been widely reported on by other publications. Apostolov published his own blog post where he pointed out that stories like Blue Whale, Momo Challenge and DELETED “share two important characteristics”:

Education – not panic or rumours – is always appropriate

Although The Sun story is clearly aimed at stirring up fear, the otherwise sensationalist article does quote the British helpline Childline on how to say no to peer pressure, including what kids might be urged to do in a game, app or website:

One of my biggest concerns about rumours like Momo, Deleted and Blue Whale is the risk of suicide contagion, which could turn these stories into a tragic self-fulfilling prophecy for a small number of vulnerable youth. “Suicide contagion is real, which is why I’m concerned about it,” Madelyn Gould, a professor of Epidemiology in Psychiatry at Columbia University, told the New York Times. That’s one of the reasons why the American Foundation for Suicide Prevention has published media guidelines for journalists who cover suicide that include avoiding, “big or sensationalistic headlines, or prominent placement” of suicide reports, as well as “describing recent suicides as an ‘epidemic,’ ‘skyrocketing,’ or other strong terms.”

As David Finkelhor pointed out in his talk on ‘juvenoia’, “We can educate children and families about the dangers that surely exist in the Internet world, without having to exaggerate the nature of the danger and the degree to which the Internet itself is a risk amplifying environment.” And as ConnectSafely points out in its free online booklet, The Parent & Educator Guide to Media Literacy & Fake News, it’s time for all of us to learn to recognise fact from fiction not only by increasing our media literacy but also our emotional literacy. There are risks in this world, including the risk of child and teen suicide and risks associated with the inappropriate use of technology. But every day hundreds of millions of children and teens pick up their smartphones or access websites without horrible consequences. One tragedy is, of course, one tragedy too many, but panic, fake stories and exaggeration do nothing to make our children safer but instead have been found to increase risk.

This text was originally published on the ConnectSafely website and has been re-posted with permission.