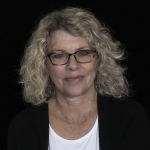 A recent survey of US teens and young adults on social media and mental health found that while 15% found social media made them feel worse when they were depressed, stressed or anxious, 27% said it made them feel better. Here Vicky Rideout presents the main findings from the survey which was sponsored by two organisations working to promote adolescent mental health, Hopelab and Well Being Trust, and argues that a one-size-fits all approach won’t work. Vicky Rideout is president of VJR Consulting, specialising in national survey research about children, families and media in the US. She currently serves as the editor for Reviews and Commentaries at the Journal of Children and Media.

“It is hard to measure up to what people post. They are always busier than me and more popular.”

This is one of the thousands of comments offered by respondents to a survey I recently conducted, along with my colleague Susannah Fox about social media and mental well-being among teens and young adults in the United States. The 14-year-old Caucasian boy behind that comment was one of the 15% of respondents who said that using social media when they are feeling depressed, stressed or anxious makes them feel even worse than they did before. His comment reflected what we often hear in the popular press about the negative impact of social media on youth.

But another young teen, this one a 16-year-old Caucasian girl, shared a different type of social media experience:

“I had been having a really rough week. My depression had been really bad and I was feeling really stressed and anxious about school. I posted on Instagram about my struggles with my classes and how I was feeling, and I was met with lots of encour­aging words. Someone even direct messaged me and told me they were going through a similar situation. It really helped me pick myself up.”

This young woman was one of the 27% of respondents in our survey who said that using social media when they’re feeling down makes them feel better. And this is a group too often left out of the public conversation.

Our survey was conducted in February and March of this year, sponsored by two organisations working to promote adolescent mental health, Hopelab and Well Being Trust. Our findings run counter to the more-popular narrative that social media usage is a unidirectional force contributing to a decline in mental well-being among young people. In fact, what we found was a complex, nuanced relationship between social media and adolescent mental health.

We used a nationally representative probability sample of 1,337 US 14- to 22-year-olds. Our unique methodology allowed us to collect thousands of personal stories from respondents about their own experiences, while being able to place those personal comments within the context of the quantitative statistical findings. Of course self-reports from young people by themselves are in no way a definitive measure of the role of social media in adolescent depression – but neither should youth voices be excluded or rejected out of hand. Indeed, we think they are an important component of the national dialogue.

Better or worse? A diverse range of experiences

The main conclusion we reached is that there is no one-size-fits-all solution when it comes to social media and depression among young people. Among the 15% of respondents who said that using social media when they are feeling depressed, stressed or anxious makes them feel worse, a variety of personal stories described why social media affects them negatively. Some said that using social media contributes to them feeling left out or “less than” others – a scenario we hear a lot about in the public discourse. But others cited reasons that are often overlooked – for example, that social media highlights the economic inequality they experience. One 21-year-old Latino wrote about how bad it feels, “being broke but seeing your friends go out to fun places or eat but [you] can’t join because [you have] no money”. And some talked about the time they waste on social media as being the main factor that makes them feel worse, rather than anything actually said via social media. As one 22-year-old African American woman expressed it:

“When I get motivated to finally do something for myself, I always get so lost on Instagram and I feel really bad after I do because I feel like I wasted so much time doing nothing on it.”

There was a similar diversity among the 27% of respondents who said that using social media makes them feel better during bouts of depression, stress, or anxiety. For some, humour helps distract them and shift their mood. Others consciously curate their feeds to expose themselves to inspirational content. A 21-year-old Latina wrote:

“I follow a lot of positive pages on social media, so I feel better when I see a funny video or a cute video. I guess it’s better put like this: I would rather have a bunch of small moments where I feel the smallest bit of happiness or relief than to have a nev­er-ending feeling of depression or anxiety.”

For some depressed youth, social media serves as a lifeline to human connection and support. One 15-year-old Caucasian boy said, “I don’t know how to describe it, but whenever I feel down, there are always people there to help me, whether my friends or strangers I’ve only met through the internet.” A 14-year-old Latina said social media helps her learn from others’ experiences: “I find people with similar things that are making me sad and I read about how they handle it.” Again, all of these respondents are among the 27% of young people who say that using social media helps them feel better when they’re down.

Our survey also included an established, validated scale for assessing depressive symptoms (PHQ-8). Using this scale, we identified a segment of our respondents who are currently experiencing moderate to severe depressive symptoms. These young people tend to have heightened responses to social media – both positive and negative. For example, these respondents were more likely than others to say that social media is “very” important to them for feeling less alone (30%, compared to 7% among those with no depressive symptoms). But they are also more likely to say that when they use social media, they “often” feel that other people are doing better than they are (32% compared to 7%). And some of these youth say they find it hard to stop using social media even when it is making them feel bad. For example, one 22-year-old African American female said: “Sometimes I am aware of how bad it [social media] makes me feel but I keep using it just because I want to continue my self-loathing.”

How do young people actually use social media and the internet?

Beyond social media, young people who are struggling with depression report making extensive use of the internet and digital tools to help address their symptoms: looking up information, using health-related apps, watching or listening to other people’s health experiences online, and connecting to peers for support and advice. Among those experiencing moderate to severe depressive symptoms, 90% have researched mental health issues online, 75% have accessed other people’s health stories through blogs, podcasts and videos, and 38% have used mobile apps related to well-being. A 17-year-old Caucasian female told us: “I searched for people on YouTube that were posting about their anxiety disorders and it helped me understand that I needed to tell my mother about mine.” A 14-year-old Caucasian male wrote: “I use [a breathing app] to help me fall asleep when I have trouble relaxing. It … usually calms me down enough to fall asleep.”

Telling young people who are depressed to stay off the internet and social media may not always be wise. While that may be useful advice for some, for others it may be cutting them off from a critical lifeline, a connection to advice, information, inspiration and support. If we’re going to design effective interventions, we need to acknowledge that complexity. One-size-fits-all solutions won’t work.

Learning more than Minecraft – A case from Jamaica 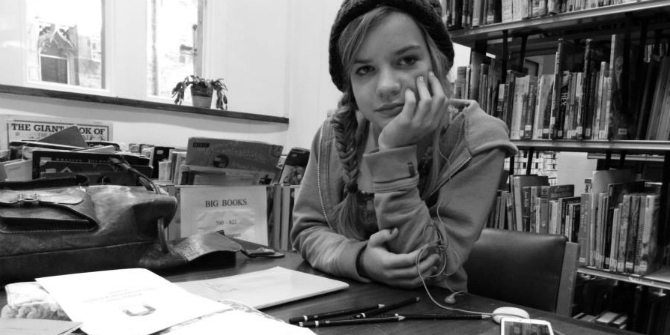