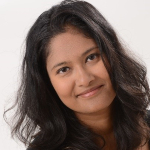 The earliest lockdown in the course of the COVID-19 pandemic in the United Kingdom, saw widespread disruption of in-person support for new parents, both formally and informally. The offline and the online were separated, demarcated, and these separations had profound importance attached to them. The absence and interruption of in-person support, both formal and informal, had implications for new mothers, babies and families. For www.parenting.digital, Prof Ranjana Das discusses her research with 14 new mothers and pregnant women and her new paper, exploring attempts to ‘approximate’ in-person ties within the confines of mandatorily digitally mediated interactions.

When the online and the offline were separated…

The COVID-19 lockdowns introduced a specific moment of mediated communication. Whilst decades of evidence had shown us how blurry and fluid any distinctions between online/offline and real/virtual might be, suddenly – we found trackable and traceable watertight separation between the offline and the online, with very high stakes attached to such separation.

My fieldwork with 14 women, either in advanced stages of pregnancy or with an infant under 4 months old, asked:

Altered textures of the home

A few spoke of alterations to the way their home is configured to embrace the digital in a way which satisfies that need for contact. Some had installed webcams in their lounges to enable a feeling of ‘hanging out’ and having coffee during video calls. This meant not having to hold a phone, enabling a wide angle view of their whole room, or being able to walk around rocking a baby whilst on a video-call.

We have . . . we’re part of a church community, so we have obviously a church kind of Zoom call on a Sunday morning, and then one evening a week we sort of Zoom in with people. And I find that quite useful because we have I think lots of doctors in the group, lots of . . . lots of key workers, and so actually in that group, we’re some of the most vulnerable people, and so there’s lots of people there who it’s really refreshing for us to hear . . . hear what they’re going through as well, so it doesn’t trap us in a little bubble. (Sophie)

Quite a few participants, like Sophie above (all names are pseudonyms), alluded to the metaphor of hanging out to describe these default digital interactions replicating suddenly and in an unexpected and unprecedented way, mother and baby coffee mornings or mother and baby yoga sessions, for example.

My fieldwork discovered that this sort of mimicking, replicating and approximating work, was, after all, work.  It demanded labour. For Bianca, it meant that her everyday life was punctuated with numerous online contacts across diverse platforms with family so much that she often ended up missing a few calls:

I speak to my mum every day, I text my dad quite a lot and speak to him and FaceTime and stuff. I speak to my husband’s… my in-laws on WhatsApp and FaceTime if every day, if not every other day… just to try and keep up with everybody and trying to make sure that nobody misses out on [baby] but obviously… So videos, yeah, so I’ll take like videos of her all the time and lots of photographs (Bianca)

Hayma speaks of her attempts with digital remote-learning and home-schooling to approximate the quantity and quality of her older child’s interactions to become as nourishing and close as possible to the perfect, offline normal, at a time when she was struggling to manage a complex and advanced second pregnancy:

I wanted her to have the full attention of her teachers and her friends and be able to run around because I can’t run around, my hips are really bad, I can’t cope with her as much and it’s just a lot of mum guilt that is rolled into one because there’s so much that I can’t do because of my hips, because of how much everything hurts. (Hayma)

This exhaustion of approximation is gendered, I argue. It links to intensive mothering cultures – where scholars have spoken about societal pressures on women to mother in intensive, near-perfect ways.

Approximations, but never a replacement…

The fact that digital contact heightened did not mean that in-personness was ever achieved, as like for like. Quite a few spoke about not being able to communicate openly online with family for worries that they would get stressed themselves. Digitally delivered professional support was also not straightforward. Anna noted:

It was a video for when it worked, and then we had to change it to an audio… that time like she was able to see him feed and not… not very well but… and things like that. But it wasn’t quite the same as her… because she couldn’t like me adjust him or say, oh I don’t think that’s quite working. And that’s kind of contributed to us not being able to breastfeed anymore… (Anna)

The value of in-person support was starkly evidenced when it came to infant feeding, where 7 out of 14 mothers said remote support just was not enough and impacted infant feeding decisions.

My new paper argues that some clearly benefitted, during the pandemic, from the widespread use of digital technology, but that it is critical to remember here that these benefits were possible not because of the sudden default to digital. Fieldwork made it clear to me that attempts to approximate appeared to work best for those women who already had supportive friend and family connections, prior to the sudden arrival of the pandemic.

One might argue that this was, after all, a rather specific moment in time-demanding unusual degrees of separation between the online and the offline. But I suggest that the conditions of the locked-down home offer us potential that go beyond the time-bound moment of the pandemic. It reminds us to nuance our expectations of technology and the digital in a post-pandemic world.

Ranjana Das is Professor in Media and Communications at the Department of Sociology, at the University of Surrey. Her work is focused on societal uses, appropriation and consequences of digital technology, and she has long been interested in people as audiences and users more broadly. Her recent work has focused on technology, parenthood and perinatal mental health. Her latest books include Early Motherhood in Digital Societies and New Fathers, Mental Health and Digital Communication.

When brands ask mums to share about their kids

Digital parenting in Russia: from ignorance to awareness