If the last three or four days are a sign of the days ahead, the new Labour leader Jeremy Corbyn needs to get ready for very tumultuous times. The ride will be bumpier than he or his supporters had ever imagined, writes Eunice Goes.

Jeremy Corbyn might have won a huge mandate from Labour’s selectorate – being elected with 59.5 per cent of the vote is no mean feat – and attracted more than 15,000 new members to the party in his first 24 hours on the job, but in the rough world of Westminster politics these achievements count for very little.

For as long as he will be Labour leader he has to deal with three serious opponents. Firstly, Labour’s parliamentary party seems determined – at least its right wing – to transform any controversial decision or accidental mishap by Corbyn and his team into a full blown political crisis. Given that a plot to oust the new Labour leader is out of the question (Corbyn has a huge democratic mandate and his opponents have no clear and credible plan to renew the party) the right of the party will continue to pursue a strategy of destabilisation out of sheer anger and frustration. Secondly, the Conservatives have already started to fire heavy artillery against Corbyn. Finally, the right-wing media which will exploit mercilessly any party split, threats of coups, or policy positions that challenge the conservative Westminster consensus.

It did not help Corbyn that in his first days as Labour leader he seemed to struggle to put a foot right. The process of appointing his shadow cabinet was too slow and seemed shambolic at times. The fact that he appointed the uncompromising John McDonnell as Shadow Chancellor but failed to appoint women to the big offices of state sent the wrong the message about the ‘new politics’ he promised to deliver.

The cherry on top of his cake of blunders was his refusal to engage with the mainstream media. His contempt for the Westminster based media is understandable but antagonising all journalists is far from a shrewd strategy. For better or for worse, these are the people who will introduce him to the rest of the country.

To smooth the path of one the roughest rides a Labour leader has ever endured, Jeremy Corbyn has to change tactics. To be fair to him, he already showed some signs of pragmatism. Leaving aside the appointment of John McDonnell, his shadow Cabinet is a broad church of Labour figures – or at least, as broad church as it can be in the bitterly divided Labour Party of today. The former Labour contender and Shadow Health Cabinet minister, Andy Burnham accepted to be Corbyn’s Shadow Home Secretary; Hilary Benn agreed to remain as Shadow Foreign Secretary, the other Labour leadership contender and party heavy-weight Yvette Cooper carved up a new role for herself in high profile Labour politics when she accepted to chair a taskforce on refugees. Even Tony Blair’s former flatmate, Lord Falconer accepted the positions of Shadow Justice Secretary and Shadow Lord Chancellor.

He has also shown that some of his policy stances are not Moses’s Ten Commandments. He accepted that Labour and several trade unions support Britain’s membership of NATO, he signalled a lukewarm and critical (which is not new in Labour politics) commitment to Britain’s membership of the European Union. He also said that he is ready to change his ideas on People’s Quantitative Easy and his republicanism has been somewhat diluted when he accepted to become a member of the Privy Council.

But these conciliatory gestures will not be enough to guarantee the long-term survival of the Corbyn leadership. He needs to up his game if he wants to continue to lead the Labour Party in the period following the elections for the Scottish Parliament and for the Greater London Authority and Mayor scheduled for next May (this is the period of truce the right of the party gave him to prove himself as Labour leader).

Corbyn needs to up his game

So far, in his fairly long career as a parliamentarian Corbyn was only accountable to himself. His decisions to rebel, to sponsor particular causes, to miss the meetings of the Parliamentary Labour Party, were his alone. Indeed, in Westminster (and also in Islington North) very few people were paying attention to what he was doing. But as the leader of the Labour Party he has to learn how to behave in a more collegial manner.

He will also have to accept certain aspects of Westminster culture. If it is clear that there is a popular appetite to open up politics and to deepen democracy Corbyn has to recognise that any change will happen within the confines of Westminster politics. This means appearing at Prime Minister’s Questions whilst working with the Speaker of the House of Commons John Bercow to reform this antiquated ritual.

But he has to go further than that. If he wants to keep his enthusiastic supporters on board for the long term he needs to show he is serious about delivering a different type of politics. This means that Corbyn will have to abandon his attachment to state centralism and be an passionate promoter of power devolution across the United Kingdom, embrace a radical programme of democratic constitutional reform which will seek innovative forms of democratic engagement, campaign hard for electoral reform and change the managerial and hierarchical culture of the Labour Party (which he seems committed to do).

The new Labour leader needs also to engage every once in a while with the mainstream media. Corbyn is right in mistrusting the London media which historically has not been a friend of the Labour Party, but he has to accept that the way in which the press and the national broadcasters will report him will affect how the voters will perceive him. For this reason, five minutes spent on a BBC sofa with the amenable Andrew Marr would do him no harm.

Across Europe, social democrats who have suffered electorally for their endorsement of austerity are starting to sing a different tune. Reforming the ordoliberal principles of the monetary union are no longer taboo subjects for French, Spanish, Portuguese, or Italian socialists. Joining forces with these parties will enable Corbyn to show to domestic audiences that his policy positions are not wacky and also to benefit from the momentum the pan-European anti-austerity movement is currently enjoying.

Needless to say, these recipes are not foolproof but they have the potential to make Corbyn’s stewardship of the Labour Party less abrasive and perhaps a little bit more rewarding.

Eunice Goes is Associate Professor of Politics at Richmond University. She tweets from @eugoes. 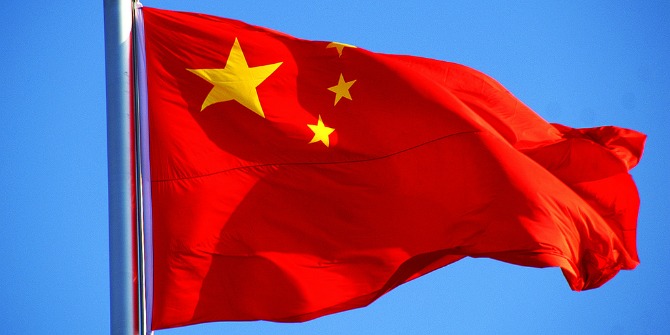