Following the end of a long-running Freedom of Information battle with the Cabinet Office over the release of files relating to UK policymaking and the Qaddafi regime between 1988 and 2011, Nigel Ashton reflects on the process and its importance for information rights.

‘Freedom of Information. Three harmless words. I look at those words as I write them, and I feel like shaking my head till it drops off my shoulders. You idiot. You naïve, foolish, irresponsible nincompoop.’ With these words Tony Blair reflected in his memoirs on what he saw as one of his biggest mistakes in government. The Freedom of Information Act (2000) was, according to the Supreme Court, ‘a landmark enactment of great constitutional significance for the United Kingdom.’ It established a prima facie right to the disclosure of all information held by public authorities, excepting only information exempted under the terms of the Act. So what was the problem? As far as Blair was concerned all he had done was place a weapon in the hands of journalists with which to beat the government. ‘Where’, Blair opined, ‘was Sir Humphrey when I needed him?’

In fact, as I discovered when I submitted a Freedom of Information (FOI) request for Prime Minister’s Office files covering Britain’s relations with Libya from the Lockerbie bombing of 1988 through to the toppling of the Qaddafi regime in 2011, Sir Humphrey is alive and well. The background to my FOI request, originally submitted in 2014, was history not journalism. I sought the information as part of my research for a book covering Britain’s relations with the Qaddafi regime from the revolution of 1969 through to Qaddafi’s fall in 2011.  The Cabinet Office, to which I submitted the request, fought it at every juncture, only finally being forced to concede defeat as a result of a ruling just issued by the Upper Tribunal.

Why does the ruling matter more broadly for information rights? To explain this we need to understand what was at stake in the case. There are two relevant sections of the Freedom of Information Act. Section 12 which concerns cost limits and section 14 which concerns what are known as ‘vexatious’ requests. A public authority can refuse a request if it violates either section. The problem with the Act as far as public authorities are concerned is that section 12 only covers what are essentially administrative costs (finding and photocopying documents). In my case, the Cabinet Office couldn’t use section 12 to refuse the request since the main burden of cost did not lie in photocopying documents, but in considering them for redaction and release in relation to national security. So, this became a battle about section 14 of the Act and the meaning of the word ‘vexatious’. Could the Cabinet Office argue that the 80 hours of review time they estimated it would take them to process my request, made it ‘vexatious’ under the terms of the Act?

Earlier rulings in the Court of Appeal and the Upper Tribunal had established that a test of proportionality must be applied in judging whether a request was vexatious. In other words did the extent of the public interest engaged outweigh the burden on the public authority in processing the request? After the Cabinet Office’s refusal, I referred my request to the Information Commissioner, but she too judged it to be ‘vexatious’. This was one of the most disappointing aspects of the case. Contrary to Blair’s comments, ordinary members of the public do make use of FOI and the playing field slopes against them with about a 1 in 3 gradient. They don’t know the details of the Act, often don’t have counsel, and so it is easy for public authorities to run rings round them in refusing their requests. Surely, it is the duty of the Information Commissioner to help level that playing field and give the benefit of any doubt to the appellant against a public authority? 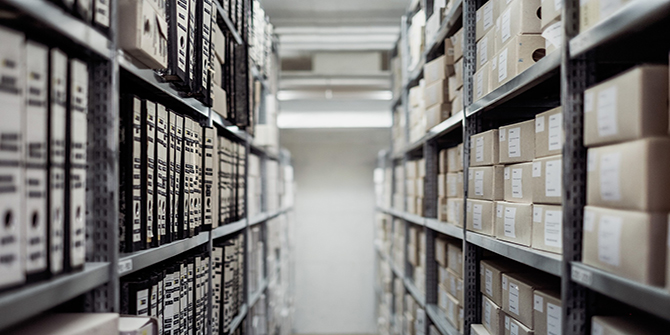 The basis of my case at both the First Tier and Upper Tribunals was simple. As I put it in my original appeal: ‘The point of the FOIA request is to bring into the public domain information about the contradictory conduct over time of British policy toward Libya which was instrumental in creating the failed state that we now have on the southern shore of the Mediterranean. To argue in effect that the officials concerned cannot spend their time reviewing these files because they are too busy dealing with the consequences of the decisions entailed in them is to neglect the public interest enshrined in the FOIA.’

The First Tier tribunal found in my favour. It is worth quoting the terms of that ruling, which were repeated in the Upper Tribunal’s decision to understand why:

The records he seeks concern the reaction of the UK Government to the murder of hundreds of people over Lockerbie by a Libyan agent, the involvement of the Government of Libya in facilitating the murders committed by the PIRA, the rapprochement with that Government in the light of concern about Islamist terrorism and the decision to use force to protect an insurgency against that Government during the Arab Spring. These are all substantial questions of public policy where there is a profound public interest in understanding the Government’s approach. The information sought is of great value to the public and to a historian.

So, the ruling underlines that an FOI request cannot be refused as ‘vexatious’ on cost grounds alone, where a substantial public interest has been identified which outweighs the burden imposed by those costs. This precedent will be vital for others in future in fighting FOI battles against public authorities. Public authorities will have to think twice before trying to deploy section 14 to frustrate FOI applicants.

A final word on the lessons to be learned from the case: my argument throughout was that the public needed access to information to understand the contradictory course of British policy towards the Qaddafi regime across the decades. We have, rightly, had a full inquiry into the mistakes made over policy towards Iraq. We have had nothing similar for Libya, even though, unlike over Iraq, Britain was often in the lead in shaping Western policy towards Qaddafi. Perhaps, rather than seeing this as no more than a burden, the Cabinet Office might have stepped back and admitted that there could be lessons to be learned from the Libyan case. The twists and turns of myopic, short-term policy-making towards Libya resulted in an incoherent strategy. First Qaddafi was our enemy, responsible for terrorist atrocities; then he was welcomed into Tony Blair’s “big tent”; finally, he was ejected and bombed in 2011. The result was continuing chaos and the creation of a failed state on the southern shores of the Mediterranean. The records now due to be released at the end of this year should help us to learn some of the lessons from this sorry tale of strategic blunders.

Nigel Ashton is Professor in the Department of International History at the LSE.