Most of the discussion of the AV referendum assumes that if UK voters endorse changing the voting system, they will be eager to vote 1, 2 3, 4 etc to express support for several or multiple parties. But Colin Rallings and Michael Thrasher have their doubts. Reviewing the evidence from Queensland, which uses the same system as the proposed UK alternative vote, they believe that many voters will treat an AV election as just like ‘first past the post’, and not cast (or perhaps over time stop casting) multiple preferences.

When pollsters ask their respondents how they might distribute their party preferences if faced with the proposed Alternative Vote (AV) electoral system, the vast majority comply with the request and diligently complete a mock ballot paper.  The results are then used, as by the British Election Study team at the University of Essex, to simulate how a general election fought under this new system might differ from what went before.

The BES team calculated that the Liberal Democrats would have won 32 more seats in 2010 than they did (89 compared with 57), with the Conservatives and Labour winning 22 and 10 fewer respectively.  The political significance of their findings was that such a result would have given Labour and the Liberal Democrats combined a parliamentary majority and made a coalition between them much more feasible, even likely.

But evidence from real elections fought using AV or other preference systems suggests that many voters simply vote for their most preferred party and do not bother to rank any of the other competitors.

In general elections in Australia not only is voting compulsory, but so is marking a full list of preferences on the AV ballot paper.  Electors who fail to rank order every candidate in their constituency have their votes rejected.   In the UK, however, it will up to the voters to decide how many preferences they mark if next year’s referendum is passed.

Exactly this optional preference AV system already applies in some elections in Australia.  In Queensland the move from obligatory to optional preference ordering was made in 1992.  Initially only about 20 per cent of voters marked a first preference only. And the parties themselves continued to issue ‘how to vote’ cards to voters indicating how to cast a full list of preferences.

However since 2001, and the Australian Labor Party’s first ‘Just One vote’ campaign, the level of people supporting only one party (called ‘plumping’) in Queensland has been about 60 per cent.  In 2009 63 per cent  of those who turned out at the state elections voted for just one candidate. In individual constituencies the proportion so doing ranged from a low of 53 per cent to a high of 73 per cent.

This behaviour was endorsed by the major political parties who increasingly advised their supporters to vote for them alone.  Where parties took a different view (as the Greens did for instance), they were often ignored by voters.  For instance, no fewer than 46 per cent of those who gave their first preference to the Greens made no other choice, despite the party advising that second preferences should be given to Labor.  Similar behaviour can be found elsewhere in Australia also. Mayoral contests in South Australia in 2003 saw an average 50 per cent of voters mark only a single preference.

On a smaller scale, somewhat similar pattern of behaviour can be spotted in Britain amongst a minority of voters on those occasions where electors have had the opportunity to cast more than one ballot at the same contest.   In multi-member contests in local elections some 10 to 15 per cent of voters do not use their full allocation of votes.  At the three London mayoral elections in 2000, 2004 and 2008 using the two-vote, instant run-off  Supplementary Vote (SV) system about one in five voters either voted just once or cast both their available votes for a single party candidate.

It also may be that casting just one vote becomes even more common when voters are asked to rank preferences rather than to cast more two discrete votes.  At the 2007 local elections in Scotland, conducted using the Single Transferable Vote (STV) system, one in three Conservative, Labour and SNP supporters and more than 20 per cent of Liberal Democrats decided to vote only once in those wards where their preferred party had a single candidate.  That election also demonstrated that even when voters do express a number of preferences, few of them cast more than three preferences, however many candidates are contesting a particular ward.

Nor is this just a grass roots problem, but it also has elite correlates . For instance, in the recent Labour leadership election one in four MPs and MEPs cast just one vote, rather than making an ordered choice between all five candidates as the party’s AV system encouraged them to do.

The more such behaviour is replicated in any future UK general election using AV, the more the result will resemble one fought under the current first past the post system and nullify much of the point of any reform.

In the first table below, we have used the same pattern of vote transfers between parties as reported by the Essex BES team. But here we have made prior assumptions about the proportion of voters likely to support a single party and use no more of their preferences. If this proportion is set at 35 per cent  for Tory and Labour supporters, and lower at 25 per cent  for Liberal Democrats and all other smaller parties, the increment in Liberal Democat seats falls from 32 to 19. The Tories seats are down by 16 and Labour by three.

Suppose we now set the proportion of voters who support just one party under AV at 50 per cent for Tory and Labour supporters, and at 35 per cent for Liberal Democrats and all the other smaller parties. These numbers are not unrealistic given the Queensland experience. Now the result is shown in our second Table below. The Lib Dems win only an extra 15 seats, at the expense of the Tories (-11) and Labour (-4).  Such an outcome in 2010 would have given a potential Labour/Liberal Democrat coalition an overall majority of just two, not enough to proceed. By contrast, the current partners, Tories and Liberal Democrats would together have enjoyed an advantage of 84 over all other parties.

Proponents of AV often claim that the need for successful candidates to be able to show local majority support is one of the system’s main attractions. Yet our Table above would also mean, given the limited vote transfers between parties, that more than 4 out of every 10 MPs would still be elected with the endorsement of less than 50 per cent of the voters in their constituency.

The claims that AV will guarantee local majority support can only be validated if every voter is compelled or chooses to cast a full range of preferences.  There seems little prospect of that happening in a general election conducted under AV in the UK.  And whichever assumption is used about the proportion of voters expressing only one preference, the overall outcome remains disproportional. It does little to address biases present under FPTP, due to abstention effects (pro-Labour) or geographical effects (anti-Liberal Democrat). 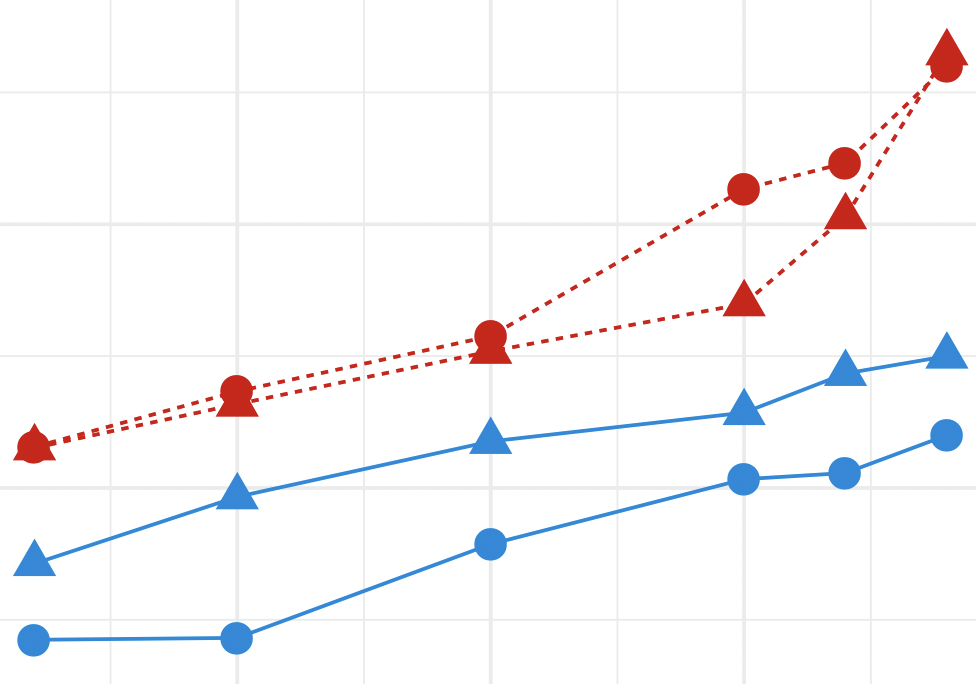