Arnaud Vaganay finds Ian Goldin‘s book to be a great contribution to migration studies, packed with statistics, maps, and important discussions on migratory pressure in Europe.

Discussions on migrations both nationally and globally are characterised by intense heat but very little light. This is not an overstatement in the UK, where the immigration cap recently pledged in 2011 by Prime Minister David Cameron caused a row in much of the country, including within the coalition. In continental Europe, the massive arrival of North Africans further to the Arab Spring could soon result in a revision of the Charter which governs the free movement of persons in the Schengen area.

Against this background, Exceptional People comes as a very timely and enlightening book. Although the title sounds very engaged, the book is presented as an economist’s (read ‘factual’) account of migrations. Ian Goldin, who worked as vice-President of the World Bank before becoming Director of the Oxford Martin School at the University of Oxford, has certainly all the right credentials to fulfil such a bold ambition. Besides, having lived successively in South Africa, the US and the UK, he has some first-hand experience to share.

The overall picture is convincing. From the first page, the depth of the research, the quality of the analysis and the general cool-headedness of the approach strike the reader. The book opens up with a history of migration, from the dawn of humanity to the present day, which reminds us that our collective migration journey started some 31,000 years ago in East Africa. Great civilisations (the Ancient Greece, the Roman Empire, the British Empire to name a few) and great cities such as Venice, Amsterdam, Florence or London flourished thanks to migrations. In historical terms, the current situation is a paradox: in a world which tirelessly organises the exchange of containers, financial transactions and information, people’s movements have never been so restricted.

Today, immigration is unpopular in rich countries because people overestimate its costs and underestimate its benefits. Yet international migrations pay dividends to sending countries, receiving countries and to migrants themselves. Migrants reap the welfare benefits of higher wages, better education and improved wealth when they moved to relatively more developed countries. Receiving countries benefit from migrations through more innovation, superior economic growth, enriched social diversity and higher taxes and contributions. Even emigration countries end up benefiting when their brightest citizens emigrate. According to the World Bank, workers from developing countries remitted no less than $325 billion in 2010, seven times the amount of aid flows. In some countries such as Lebanon or Nepal, remittances represent more than 20% of GDP.

The main interest of observing the past and the present is to help us make inferences about the future. In Goldin’s view, the declining fertility in developing countries combined with the ageing of populations in Europe, Japan and the US means that migrations will continue to sustain the world’s economic development in the decades to come. This is the point on which the book clashes most with other studies. The latest revisions of the UN World Population Prospects confirmed the unabated demographic swelling of Africa: 416 million people in 1975, one billion today and 2.2 billion by 2050. Some countries such as Nigeria, Ethiopia, Congo, Tanzania and Kenya are sometimes referred to as “demographic time bombs”. This migratory pressure is likely to be directed in the first place towards Europe, where governments and populations are already nervous.

Still, Exceptional People is a great contribution. It is packed with statistics, maps and tables that make the read very stimulating. The long historical perspective will be welcome by all those who try to forge their own opinion. The researchers among us will appreciate the very extensive notes and bibliography.

The strength of the book is perhaps also its main weakness. The authors acknowledge that the economic and social cost of migration is not evenly distributed across regions and across social groups, with low-skilled workers and large cities paying more than their fair share. Yet, statistics are averaged and local tensions ignored. Paradoxically, this could undermine the relevance of the book for those who are more affected, and perhaps more upset, by migration. 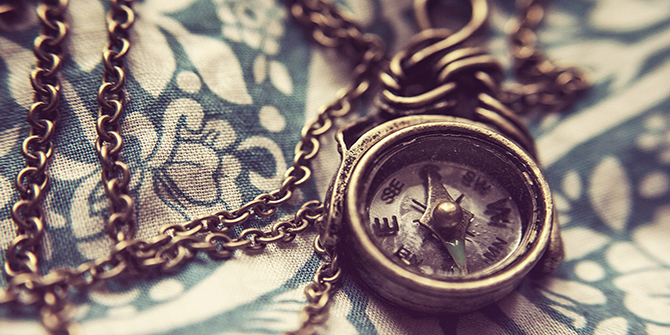