When it comes to current discussions on identity politics – and on Scottish national identity in particular – personal perceptions are often presented as facts. Steve Murdoch offers a historical understanding of British identity politcs in Scotland. He examines Anglo-Scottish relations during key moments of the early modern period to explain the roots of Britishness.

Melanie Phillips caused something of a stir among academics with a historically ill-informed article in The Times which claimed that, as opposed to Ireland or Scotland (or England, for that matter) “Britain is the authentic nation” on these islands. Unsurprisingly, the attack on “Ireland’s tenuous claims to nationhood” provoked a backlash, while some scholars cried “once more into the breach, dear friends” to succinctly highlight the problems raised by the opinions asserted in the article.

Phillips’s intrusion is, however, only one in a long line of interventions on the issue of British identity politics. Numerous authors from a myriad of backgrounds appear keen to let us know ‘this is how it is (or was)’ with regard to aspects of their chosen identity. One need only consider Sean Connery’s Being a Scot or Jeremy Paxman’s The English as pertinent examples. Like Phillips after them, both authors exploited their public personas to sermonise their idiosyncratic perspectives to us. Yet there are likely to be as many people in Britain who reject their viewpoints as embrace them. This has been true over time.

In England there had long been a tradition which advocated a British-wide union based on a mythical past which gave claims of superiority of one part of the island [England] over the others [Scotland and Wales]. As Roger Mason, Allan Macinnes and others have explained, it was sixteenth century Scots such as John Mair, John Elder, and James Henrysoun who challenged these myths and offered alternative routes to a united Britain. They promoted the intermarriage of the royal houses as a prelude to the creation of a single kingdom ruled by a “king of Britain”.

One claimant who fitted the bill was James VI of Scotland, a Stuart king who was also descended from the House of Tudor. When King James ascended the English throne in 1603, he sought full and “Perfect  Union”, meaning the unification of all Scottish and English institutions of government and church. As King James of Great Britain, France, and Ireland he established a new British diplomatic corps, encouraged joint British military expeditions and introduced symbols such as the Union Flag to be flown by all British warships. Though James ultimately lost the Union debates at both parliamentary and church level, the concept of Great Britain retained a minority appeal.

Some Scots subsequently self-defined as Scoto-Britannus (even fewer as North British) while an equally small number of Englishmen styled themselves Anglo-Britannus. The number who did so rose dramatically during the period 1619-1625 when Elizabeth of Bohemia (daughter of King James) became embroiled in the Thirty Years’ War (1618-1648). This led to massive military recruitment across Britain in her name. The English traveller John Taylor described the Scottish-led “Brittane regiment vnder their Colonel Sir Andrew Gray Knight”. He articulated hopes that “every Brittaine soldier doth retaine more good spirit, then 3 enemies of what nation soever”.

Yet bellowing “I’m backing Britain” – whether by Taylor in 1620, Harold Wilson in 1968 or Melanie Phillips in 2017 – simply reminds us it is a distress call. The notion was politically driven and very fragile – both then and now. 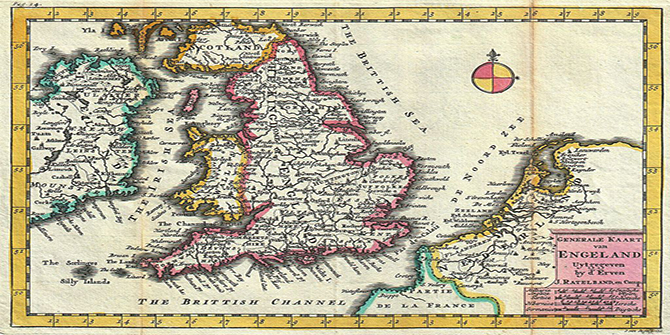 Returning to ‘then’: within five years of Charles I coming to the throne, the notion of a single British polity lost favour as the Scottish-born monarch sought to Anglicise his “ancient and native kingdom”. In consequence, the Scottish Privy Council took the unusual step of outlawing the name ‘Great Britain’ in their acts as they believed it muddled the identities of  Scotland and England to the disadvantage of both. This return to ‘Scotland’ as the national signifier proved indicative of a distancing by many Scots from Stuart-Britishness which they believed was harmful to the nation.

The Wars of the Three Kingdoms followed, as did a re-casting of Britishness by those opposed to the rebellious Scottish and English parliaments. In a letter reaffirming his loyalty to the House of Stuart in 1641, General James King declared “Briteannia ist mein patria, darin ich geborn sey” – ‘Britain is my country, that is where I was born’. Having previously boasted of being a Scot, King’s declaration of Britishness is indicative that identity politics can be associated with support for a specific idea at a particular time.

In the early 1620s it was used to garner support for Elizabeth of Bohemia; in the 1640s it proved a rallying point for supporters of the House of Stuart. However, by the Restoration in 1660, examples of self-declared Britons are harder to find. Indeed, when Thomas Pope-Blount described himself as Anglo-Britannius when preaching before Queen Mary in 1690, the association of Britishness with the senior line of the House of Stuart was broken.

One might think that the creation of the British state in 1707 would have re-fostered an enduring sense of Britishness. But just because some Scots and English called themselves North or South British thereafter, does not mean that others – or even most – did. It was ever thus.

Those intent on projecting their particular take on British identity politics today can cherry pick their sources: Scottishness trumps Britishness cried a Channel 4 survey in 2012. The following year The Scotsman agreed. But as the 2014 Indyref drew closer, The Telegraph insisted that Britishness is on the rise in Scotland. More recently and in light of Brexit researchers insisted that more Scots feel British than European. Ah, but do they?

The only survey to ask every household in the country has been the National Census. It revealed that most Scots feel Scottish only and very few identify as British. And therein lies the problem of identity politics. One can find supporting evidence for almost any position one chooses to adopt. Of course, the Census was conducted in 2011, before Indyref and Brexit. Nevertheless most historians agree that the idea of Britain as the only authentic nation on these islands is a jingoistic fantasy.

Until we get another nation-wide survey asking who does or does not consider themselves British in Scotland, we will simply never know. Perhaps we should hold a referendum?

Note: the above draws on the author’s published work in Cycnos.

Steve Murdoch is Professor in the School of History at the University of St Andrews. 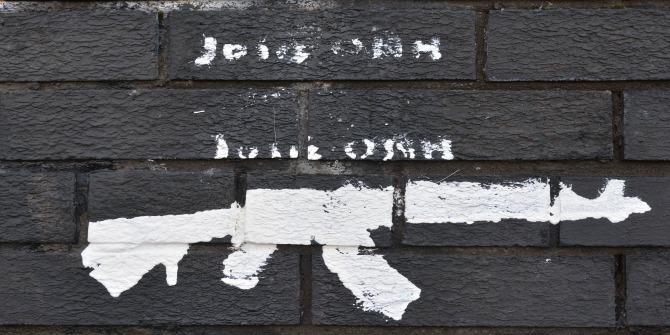 Book Review: The Blitz and Its Legacy: Wartime Destruction to Post-War Reconstruction