This week the House of Commons will be discussing the Welfare Reform and Work Bill once again. Discussing the bill in January, the Lords decided that the government should continue to track and report annually on the existing suite of four child poverty indicators – which the Conservative government is seeking to abolish. In their place, the government wants to report on an alternative set of “life chances measures”, which will include education attainment at age 16 and household worklessness. Kitty Stewart argues the government should listen to the House of Lords and to expert opinion, and retain the official child poverty measures.

The existing four measures of income and material deprivation were established in 2003 after extensive consultation. The most well-known of the four is the relative income measure: children are considered to be in poverty if their household’s income falls below 60 per cent of the median income (adjusted for household size), reflecting an understanding that what children need to thrive depends on what others around them have. In rich countries children need not only adequate food, clothes and shelter (though these are by no means given for all children in the UK today), but also to participate in the everyday activities that many children take for granted: swimming lessons, school trips, having a friend to tea. This relative concept of poverty is very widely accepted – even David Cameron recognised it not so long ago, committing his party in 2006 to measuring and reducing relative poverty.

While the relative measure is the standard poverty indicator used across the European Union, in particular circumstances it can give a misleading picture. For example, in a recession, when average income falls, poverty can appear to be falling too, even if living standards haven’t improved for those at the bottom.

For this reason, to give a more comprehensive picture, the UK has not just one but four official indicators, including a fixed income poverty measure, a combined income and material deprivation measure, and a measure of persistent poverty. Under the terms of the 2010 Child Poverty Act, it is clear that a government can only claim to be reducing poverty if progress is being made against all four indicators, not just one.

But now the Conservative Government is seeking to abolish the entire suite. In their place, it will report on an alternative set of ‘life chances measures’, which will include education attainment at age 16 and household worklessness. Yet nearly two-thirds of children in poverty in the UK today live with a working adult: under the government’s proposal, the situation of children in these households would simply not count as a concern.

If this change goes through, it will be a significant step backwards in attempts to ensure that children’s life chances are not hemmed in by the lottery of birth. We know that income poverty matters to children’s lives and opportunities. In an extensive and systematic review of the evidence on the relationship between household income and children’s outcomes, Kerris Cooper and I examined studies using techniques that go beyond association to allow us to draw causal conclusions (for example, studies that tracked outcomes for children in households that received a boost in income because of a benefit change, and compared them to children in similar households which were unaffected). The findings were clear: across a range of outcomes, children from low income households do less well in part because they have lower incomes. This was true for cognitive development and school achievement, social and emotional development, early health outcomes such as low birthweight, and also for intermediate outcomes such as maternal depression, maternal smoking and the home environment.

In January, the House of Lords discussed the proposed changes to measurement, ultimately voting by a clear majority (290 to 198) in favour of an amendment that would retain all four poverty indicators. So now the issue returns to the House of Commons: will the lower house accept the Lords’ position, or persist in their original intention?

Last week I started emailing academic colleagues to ask if anyone wanted to join me in writing a letter to the press, calling on the government to approve the amendment and retain the child poverty measures. The response was overwhelming: within hours I had 175 signatures from academic staff and research students right around the country. The letter now appears in The Times.

I shouldn’t have been surprised by the speed, strength or unanimous nature of support. In 2012-13 the government conducted its own consultation on child poverty measurement, and last year Nick Roberts and I examined 251 of the 257 responses – all those we succeeded in accessing through a Freedom of Information request. Of these 251 responses, we found just two that recommended dropping income as an indicator of poverty (and one of those two suggested measuring household expenditure instead). Support for the existing child poverty measures came not only from academics, but from a range of individuals and organisations with a wealth of alternative expertise and hands-on experience – local authorities, children’s charities, frontline services and churches.

There is clearly far more to children’s well-being and opportunities than income alone, and wider indicators are needed too. But we must continue to track poverty itself, to understand the impact of economic change and to be able to hold government to account over the effect of policy change on children’s material circumstances. Let’s hope that this week the government listens to the Lords and to the wealth of expert opinion, and commits itself to continuing to measure and report on child poverty.

Please note: This article has been co-published with The Conversation. A version of it appears here. 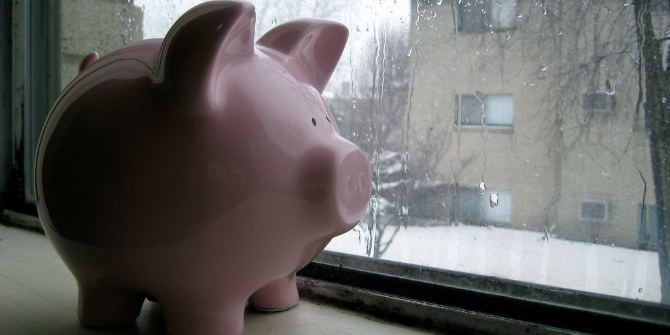