Recent research by the RSA explores what ‘good work’ means in practice. The findings reveal how economically secure workers are in the UK and offer greater insight into experiences of work across the labour market. Brhmie Balaram highlights that there are many workers in seemingly secure jobs who are actually struggling to get by, yet are currently being overlooked by policymakers.

The government’s long awaited response to the Taylor Review was finally published in February, affirming that ‘good work’ will now be a focus of UK policy. Matthew Taylor, who chaired an independent review on modern work, described good work as work that is fair and decent, with realistic scope for development and fulfilment. This marks a shift from merely monitoring the quantity of jobs to also considering the quality of jobs in the UK.

The RSA’s research provides an overview of the current state of good work, which captures both the offer of economic security as well as a rewarding experience. A survey of the workforce was carried out in partnership with Populus, followed by a segmentation that helped identify patterns in experiences of economic security and work. These patterns are ultimately expressed as a typology, or ‘seven portraits’ of the modern workforce. 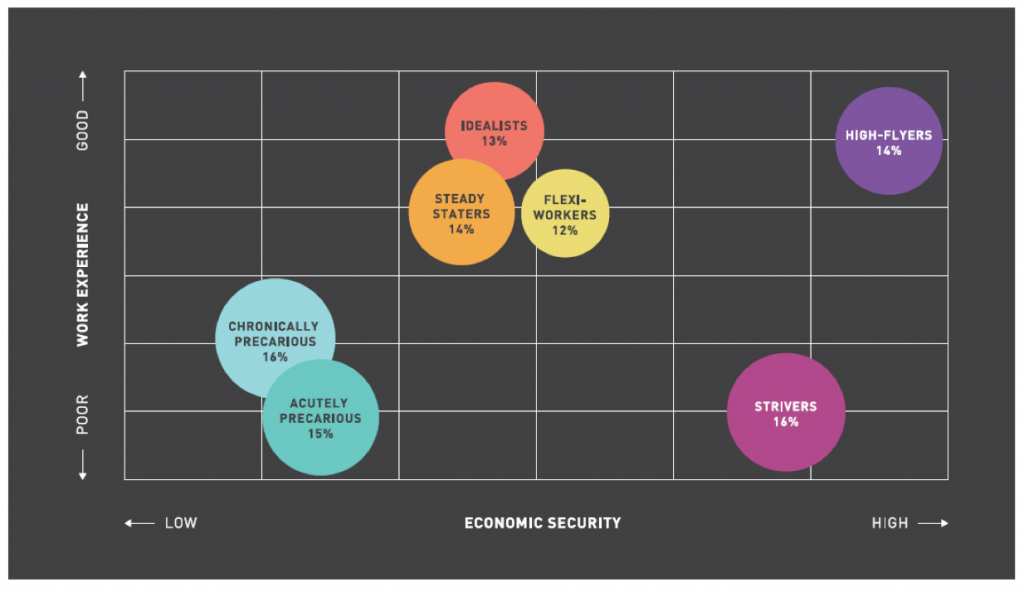 Within our typology of the workforce, we found that there were two types of precarious workers. While those on zero-hour contracts or in the gig economy seem to draw the most headlines, there are many workers in steady, permanent jobs who are only managing to scrape by and have a poor experience of work. We refer to these workers as the ‘chronically precarious’. Chronically precarious workers may have certainty of hours, but they are in low-paid work and their working conditions are far from ideal; for example, many of them report low autonomy and excessive monitoring on the job. Their progression is rather limited and thus they may feel a sense of being ‘stuck’. Many of these workers can be found in customer care or personal service roles.

The costs of childcare and housing are particular concerns for the chronically precarious, especially given that both costs are rising much faster than wages. They may have access to some level of welfare (i.e. working tax credits), but it is unlikely that this is enough to offset the high costs of living; moreover, this sort of state support does not afford them the opportunity to disrupt their chronic condition of precarity.

In contrast, the acutely precarious may fit the archetype of what we understand to be precarious (ie variable hours, volatile earnings, uncertainty about their job status) or they may be referred to as belonging to the ‘precariat’. These workers similarly struggle with the level of autonomy they have, and to make ends meet on the hours they are able to work. However, they are more optimistic about being able to progress, although they will likely have to change professions in order to advance their careers. A high share of these workers are in low skilled sectors such as retail, hospitality, and transport and storage, highlighting these areas of the labour market as hotspots for poor workplace practices.

One of the ambitions of the segmentation was to spark a richer conversation about insecure or precarious work. When insecure work is raised in the media, it’s often discussed in terms of numbers – how many people are in insecure work, not what makes the work insecure or why.

The problem with trying to capture insecurity is that most measurements of how many people are in insecure work are both too broad and too narrow. Take, for example, how estimates of insecure workers are produced: by counting up the number of workers on certain types of contracts or in arrangements that are considered to be insecure because they do not guarantee fixed hours or offer statutory rights, such as sick pay – two hallmarks of traditional employment. This is too broad a metric because it captures many people in atypical work who are economically secure (such as the flexi-workers in the segmentation). Either they are able to earn a decent living and in a manner that suits them, or they are prioritising other gains in work, buoyed by alternative financial means (e.g. savings, household income). It is too narrow a measure because it fails to account for all of the workers on different types of contracts – including full-time, permanent employees – who lack economic security, such as some retail assistants or public sector workers who may still face redundancy in the aftermath of austerity.

While trying to better understand how many people are affected by insecure work is important, there must be a more nuanced way of achieving this. In the meantime, as the government turns its attention to the substance of work as opposed to just the volume of jobs, so too should those who care about improving conditions for insecure workers across the UK.

Note: the above draw’s on the RSA’s report. To explore the data on workers, check out the RSA’s interactive online tool.

Brhmie Balaram is a Senior Researcher in the RSA’s Economy, Enterprise and Manufacturing team. 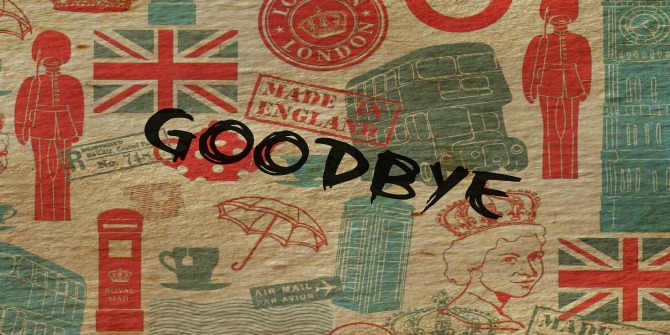