What do we know about whether performance-related pay schemes work to improve performance in the public sector? Beth Foley, Tiffany Tsang and Kathryn Ray review the evidence and urge caution, finding that such schemes are far more complex than they first appear, the evidence is frequently inconsistent, and that much depends on the design and context of the scheme.

George Osborne’s announcement in last year’s spending review that reforms to progression pay to “ensure that public sector workers do not receive pay increases purely as a result of time in post” represented a further step in an ongoing trend. Performance-Related Pay (PRP) schemes — pay systems in which some component of remuneration is based on performance — has long been an important idea for economists and managers alike. Under the simplest logic, PRP aims to strengthen the link between rewards and the productivity of employees, motivating individuals to work harder to ultimately improve outcomes.

In the public sector, as in the private sector, there is evidence that PRP can lead to improvements in those outcomes that are directly incentivised. In education, this can mean increases in student test scores; in health, it can mean providers delivering improvements in care quality. Yet, despite these positive impacts, our findings suggest a need for caution when applying PRP schemes to the public sector. Not only is the evidence inconsistent – with much dependent upon organisational and occupational context and scheme design and implementation – positive effects are often small and sometimes short-lived and cost effectiveness data is rare. Moreover, a number of challenges and unintended consequences have been found, highlighting the complexity of public sector PRP:

1) Misallocation of effort occurs when PRP encourages employees to work to incentivised tasks at the expense of others – which may be equally desirable but not incentivised, often because they are not easy to measure. This is a significant problem in public services due to the complexity of desired outcomes, some of which may also only be visible in the long-term. This raises questions about the feasibility of meaningful performance measures within public sector PRP. For example, in education, PRP schemes have raised student test scores, but have had contradictory effects on co-operative and collegial behaviour among teachers, suggesting that PRP encourages teachers to ‘teach to the test’ and focus on ‘borderline’ pupils.  Misallocation of effort may be minimised by devising schemes with a broader suite of targets to reflect a fuller range of outcomes, but there are trade offs because schemes become complex and costly to administer and monitor. An example is the QOF in UK primary care, which has a range of targets across different domains of care, but is costly to administer with modest positive impacts.

2) Collaborative activity: The delivery of public services tends to be a complex and collaborative activity, which makes attributing individual responsibility for performance and outcomes difficult. There is a risk that PRP schemes can act as a disincentive to teamwork, and if distribution of rewards is viewed as unfair, demotivation can occur, leading to a possible decline in performance. Such outcomes may also depend on employee characteristics, for example in education, male teachers are more likely to support PRP and respond to it positively than their female counterparts – which has wider implications for the acceptance and success of PRP in the female-dominated public services.

On the other hand, PRP schemes can result in improvements in team relations and work organisation. Trials of team performance targets in the UK civil service have seen productivity improvements as a result of managers redistributing tasks among team members more efficiently. Indeed it has been suggested that PRP schemes may operate via the introduction of better management practice. Designing PRP systems in consultation with staff, allowing input on the goals and targets that they consider to be most important, is one way of overcoming perceived unfairness in PRP systems, and there is some evidence that collaborative PRP schemes are more likely to be effective than others.

3) Questions of motivation: PRP’s focus on financial reward alone risks neglecting the wider range of factors that motivate employees, including peer effects, management practices, perceptions of fairness and intrinsic motivation. The latter is particularly significant in the public sector, where many staff derive motivation from belief in the intrinsic value of their services. Evidence on whether PRP ‘crowds out’ intrinsic motivation, ultimately resulting in poorer performance, is inconclusive and partly depends on the extent to which performance targets align with professionals’ own goals. Nonetheless, other ways of motivating performance may utilise intrinsic motivations more effectively than financial rewards; thus more research is needed on the relative cost-effectiveness of these different performance improvement strategies.

4) Scheme design: Finally, it is important to be aware in designing and implementing PRP that different ways of measuring and rewarding performance have different effects on behaviour.  For example, relative measures are more likely to stimulate improvement among poorer performers, while threshold measures stimulate improvement among the middle range. Measures that rely on manager subjectivity in performance assessment can also result in perceived unfairness, leading to diminished effort and motivation. Ensuring targets align with overall improvement goals, employing a balance between objective and subjective performance measures, and involving employees in discussions about the most appropriate metrics are ways of addressing these issues.

So, what does the future hold for PRP in the public sector? Our review suggests that such policies are far more complex than they first appear, that evidence is frequently inconsistent and that much depends on the design and context of the scheme. Full consideration of alternative means of performance improvement, such as developing good management practice, is also vital when weighing up the costs and benefits of public sector PRP.

Note: This article gives the views of the authors, and not the position of the British Politics and Policy blog, nor of the London School of Economics. Please read our comments policy before posting. Featured image credit: mrdorkesq CC BY-SA 2.0

Beth Foley is a Researcher at the Work Foundation. Prior to this, she was a Research Fellow at the Institute for Employment Studies, where she focused on employment services, labour market disadvantage and vocational skills and training. She was involved in the official evaluation of the Work Programme, a review of changes to the skills and training offer within Jobcentre Plus and a study of under-representation in Apprenticeships.

Tiffany Tsang is a Researcher at the Work Foundation. She has extensive experience in policy impact analysis and in economic development. Before joining The Work Foundation in 2013, she worked as a research officer at the LSE in the Centre for Analysis of Social Exclusion. There she specialised in measuring the long-term trends and effects of inequalities and worked on projects concerning both welfare policies and childhood poverty.

Kathryn Ray is a Senior Researcher who leads The Work Foundation’s research on low pay, in-work poverty and progression. She is currently leading a review of employment and poverty for the Joseph Rowntree Foundation. Her broader research interests include welfare reform, and gender and work-life balance. 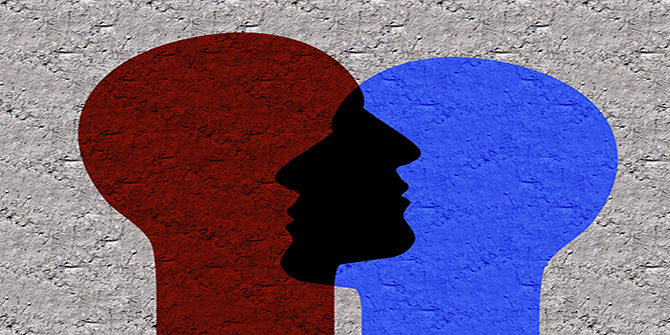