In the Dominic Cummings row, developments are not only unprecedent because they concern an unelected adviser but also because they are impacting on the country’s ability to deal with the health and financial crises. This scandal is thus affecting lives and livelihoods, argues Patrick Dunleavy.

Dominic Cummings set out to be, and has certainly become, a sharply polarizing force in British politics. After his COVID-19 travel debacles, much of the country takes a fiercely hostile view of his immanent sense of privilege, including but not restricted to his many anti-Brexit opponents. For them, Cummings is a Rasputin-like figure, a sinister and shadowy influencer with a mysterious hold over a dazed and confused Boris Johnson (the Tsar in this version) and his scheming adjunct (Cummings’s first and most committed sponsor, Michael Gove).

Like Rasputin, Cummings picks gratuitous fights with all around him, insults every established elite, briefs relentlessly against his enemies, is unworried at being pervasively loathed, and is completely convinced of his untouchability because of his hold over the PM. In a developed form, some versions of this view take Cummings as an embodiment of many malignant dark forces on the right, pushing for an unrestrained populist assault on any constitutional element force constraining No.10’s privatizing freedom of action.

Almost as extreme in a different way, however, is the view amongst some Conservatives, all Johnson-regime loyalists, and the far-right neo-liberal think tanks and pressure groups, that Cummings must somehow be defended at all costs because of his critical importance for the current government. In this perspective, his role is akin to that of Vice-Premier, providing a Dick Cheney-like Brexiteer and free marketerr spine for an otherwise out-of-his-depth PM. The 25 May press conference in the 10 Downing Street Rose Garden, with Cummings scripting and delivering his own defence, gave enormous substance to this VP role, affording him a prominence, prestige, and official backing never before given to any cabinet minister in trouble of this kind. There is no UK constitutional role for ‘the PM’s chief aide’, nor are there any established political mechanisms for holding such a ‘Vice-Premier’ to account.

The fact that Cummings evinced absolutely no regret and gave no apologies for his overtly lockdown-breaking behaviour has already occasioned a lot of comment. But in addition, he deliberately garlanded his account of his actions with many details that signalled ‘unreliable narrator’ as clearly as any postmodernist novel – such as testing his potentially problematic eyesight by driving 60 miles to a beauty spot; and portraying his initial midnight dash to Durham as the actions of a man alone, without resources, friendless in London, and on his last possible throw to save his family.

How ministerial resignations are different

Compare all this with the accepted playbook of ministerial resignations charted by Keith Dowding and his co-authors in Accounting for Ministers. Using detailed statistical analysis and a comprehensive survey of cases, they showed that a minister who got into trouble was normally left to fight their corner alone at first, with the PM and 10 Downing Street referring critics to the minister’s explanation of their behaviour, while conspicuously omitting to pledge anything like full support or confidence in them. After a few days, media attention would either subside because the story had no legs, or be kicked into the short grass of a Cabinet Secretary inquiry, or the minister would respond to support in their party crumbling away – penning protestations of loyalty to the PM in their letter of resignation, reaffirming their innocence but leaving so that their conduct should not displace the story of the government’s successes further from public view.

Dowding et al demonstrated that such ‘grasping the revolver’ moments tended to coincide spookily with polling evidence that the minister’s alleged misdeeds were imperiling public support for the PM or the government, following which No 10 statements would communicate a certain impersonal coolness and detachment, until the minister took the hint to go. Similarly, where an investigation had been triggered and misconduct allegations even partially confirmed, the minister got no second chance to state their case – merely the intimation that it is better to resign first than be sacked. In a jostling cabinet of 23, with many more junior ministers knocking on the door, plenty of rivals are usually prepared to help No 10 brief against a black sheep minister who resists pressure to go. And replacing the culprit once gone rarely causes any lasting inconvenience to a Prime Minister.

Yet now, apparently, Cummings is sui generis. He has no rivals or possible replacements as the Svengali of Downing Street. Instead many compliant hapless senior ministers obediently rushed to tweet whatever they are told to do at the behest of the PM’s chief aide, even when ignorant of much about the situation. This is an Armando Iannucci playbook straight out of his ‘The Thick of It’, which increasingly reads as the go-to manual for anyone wanting to understand the Johnson-Cummings regime. In the process, most of the cabinet seem to have succeeded only in publicly identifying themselves as ‘meat in the room’ – a phrase made famous in another Iannucci classic, describing people whose role was just to pad out the table at big meetings and repeat the regime line in public.

Sometimes ministers do survive potential resignation scandals. When Culture Secretary in 2012, Jeremy Hunt was in charge of deciding whether to allow the News Corporation takeover of BSkyB, which Murdoch was desperate to do at the time. During this period, Adam Smith, an advisor in Hunt’s office, sent hundreds of emails to NewsCorp’s media liaison section, apparently a flagrant breach of Hunt’s quasi-judicial role in this decision. An inquiry later whitewashed Hunt, who apparently knew nothing of his aide’s activities. Against the odds, Hunt survived to become a long-lasting Health Secretary and eventual challenger to Johnson for the Tory leadership in 2019 – keeping his copybook conspicuously clean of further blots along the way.

What makes the Cummings case so different too, is the unprecedented salience of his controversial behaviours. The UK has suffered a huge coronavirus disruption for weeks, and lost more than 60,000 people to the virus. The explanation of what has gone so catastrophically wrong so quickly, and which will affect the economy and public finances for at least a decade ahead, is still emerging. But it seems safe to say an ongoing omni-crisis has been created at many levels:

Normally, the costs of blatant misconduct within the core executive are exclusively political and occasionally administrative: a blow to government popularity, a short downward blip in a Whitehall department’s performance, or another dent in public trust in government. The possible costs of the Cummings scandal, and of Johnson’s decision to brazen his way through it, are again historically unique – for they could yet be counted in terms of more body bags and an even more shattered economy in the weeks ahead, and in the autumn and winter to come.

Patrick Dunleavy is Professor of Political Science and Public Policy at the LSE, and co-author of The UK’s Changing Democracy (LSE Press, 2018) – free to download here. His next book is Maximizing the Impacts of Academic Research (co-authored), forthcoming from Macmillan in October 2020. He tweets at @PJDunleavy and @Write4Research.

All articles posted on this blog give the views of the author(s), and not the position of LSE British Politics and Policy, nor of the London School of Economics and Political Science. Featured image credit: Minute’s Silence Held For Key Workers Who Have Died During Coronavirus Pandemic by Number 10 on Flickr (BY-NC-ND). 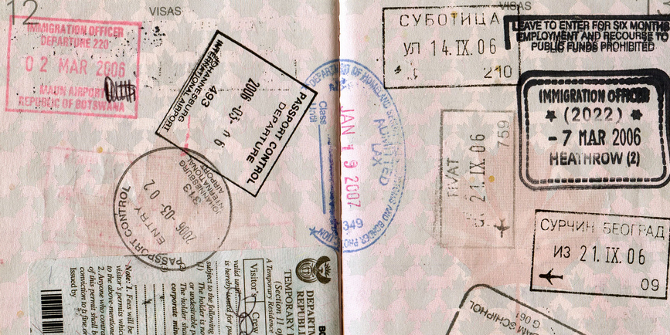 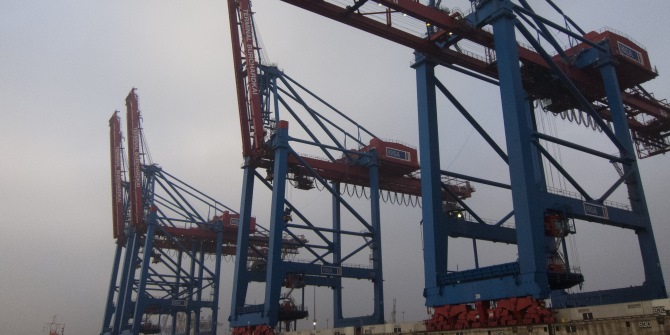 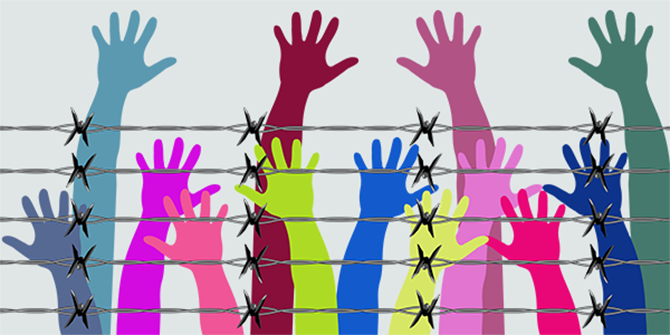