The financial crisis of the past four years has seen a fall in incomes and rising poverty in the Eurozone, as well as an increase in the number of young people not in employment, education or training. Bart Cammaerts argues that the solutions to these problems no longer lie in the current neo-classical economic consensus. What is needed now is for economists and political leaders to act as ‘daring radicals’ and challenge the fundamentals of our current economic system.

‘Poverty is returning to Europe’, says Jan Zijderveld, a senior executive of the Anglo-Dutch multinational Unilever responsible for the European market and he adds to that: ‘If a Spanish consumer only spends on average 17 euros per shopping trip, then I cannot sell him a washing powder that costs half of his budget’. Unilever will therefore adapt its commercial strategy and sell its products in smaller packaging, not only in Southern Europe, but also in the UK.

In the UK average household incomes fell sharply in 2011, by about 3 per cent compared to 2010 if we consider median income and by almost 6 per cent if we look at mean household income, based on recent figures from the Institute for Fiscal Studies (IFS). This is the largest yearly fall since 1981 in the case of the median income and the largest fall in the case of the mean income since data started to be collected on this in 1962. The IFS reckons that the figures for the current fiscal year (2012) will be even worse as unemployment has soared, average earnings fell in real terms (i.e. taking into account high inflation rates) and the impact of welfare cuts implemented by the coalition government will start to show in the statistics. As a result of this, the IFS forecasts that median household incomes will most likely continue to fall in real terms until at least 2014.

In 2011, about 13 million citizens (more than 21 per cent of the population) were deemed to be living in poverty in the UK (i.e. with an income lower than 60 per cent of the median) and the IFS concludes that for 2012 ‘the absolute living standards of poorer households are likely to have declined further as a result of continued pressures on real earnings and as welfare cuts begin to bite, with further pain in 2012–13 and beyond’. Add to this the recent report of the Bank of England concluding that their Quantitative Easing measures have made the wealthy even wealthier and the poor poorer, mainly due to a lack of assets of the latter and a rise in inflation, and it is no surprise that multinationals are re-considering their strategies to protect or even increase their profit margins – selling less for more in relative terms.

At the same time, youth unemployment is increasing at an alarming rate in most EU countries. Maybe the most disconcerting statistic in this regard is the rising percentage of youth that is not in employment, nor in education or training, typically called NEETs (see Figure 1 below). 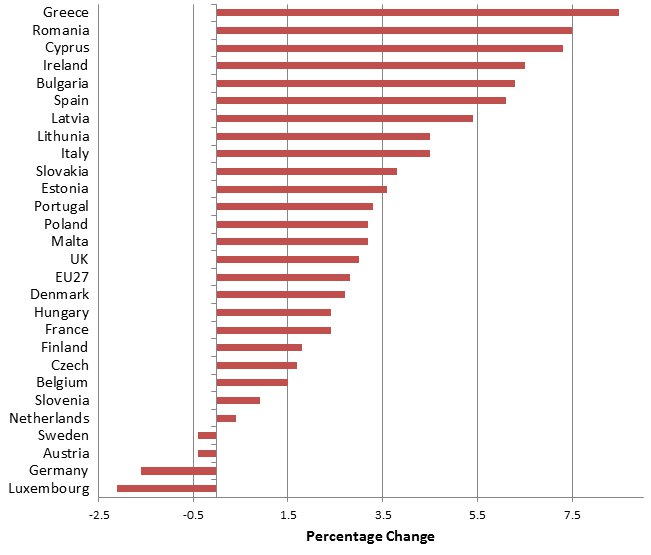 In 2011, 15 countries of the 27 EU member states, including the UK, have 15 per cent or more of 18-24 year olds that are categorised as NEETs, as can be seen in Figure 2 below. Typically those with low educational levels, low household incomes and those from immigrant backgrounds are at greatest risk, but the economic crisis has also increased the risk of those with higher educational levels to end up in the NEET group. 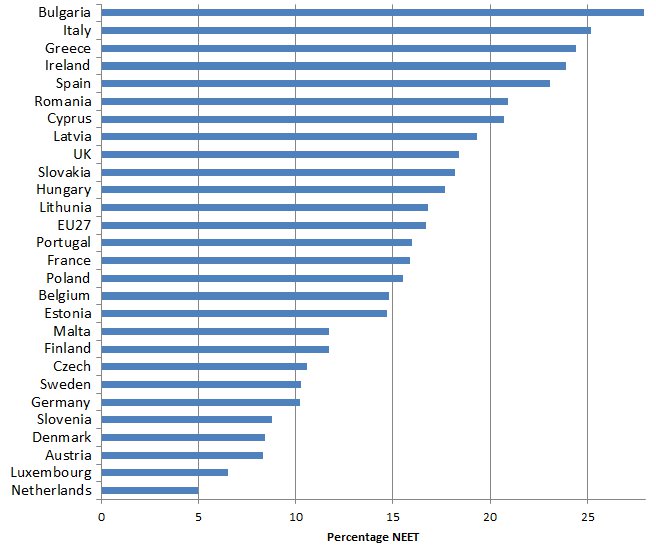 All this begs for both economic and political answers, which are currently largely lacking in the public discourse. Yes, society exists and is makeable; the dictates of ‘the market’ are neither unavoidable nor to be accepted as a fait accompli. At a time when having a job is no safeguard anymore against poverty (witness the rise of zero hour jobs, mini-jobs, etc.) and the costs of living are rising at an alarming rate, the answer does not lie in the (neo-) classical economic fallacy that cutting wages and public spending will inevitably lead to higher employment and more welfare in the long run. A new social contract is what we need.

In short, we need economists, and also political leaders, who forcefully argue for a much fairer wage politics, less preoccupied by profits and raw returns on investment and are more in tune with the general well-being of the working as well as non-working population at large. Inevitably this should also lead to a taxation system which reconnects with a genuine politics of redistribution to the benefit of society as a whole rather than to the benefit of the wealthy and prosperous. What we maybe need first and foremost is a new Keynes, who Paul Krugman once described as ‘a daring radical, willing to consider the possibility that some of the fundamental assumptions of the economics he had been taught were wrong’. It seems to me that the fundamentals of the current economic system are morally and fundamentally wrong.

In 1930, Keynes wrote an essay entitled ‘Economic Possibilities for our Grandchildren’ in which he foresaw a shift from the pursuit of wealth and the struggle for subsistence, to a world in which the main problem for humanity was learning to live well. While he pondered the consequences of the Great Depression, such as ‘[t]he enormous anomaly of unemployment in a world full of wants’ and the ‘disastrous mistakes’ which were made, which made us, according to Keynes, ‘blind to what is going on under the surface to the true interpretation of the trend of things’, he also envisaged a world (to be realised in 2030) in which ‘there will be ever larger and larger classes and groups of people from whomproblems of economic necessity have been practically removed’. Let us hope we do not have to wait until 2030 for this to happen.

Bart Cammaerts is a Senior Lecturer in the Media and Communications Department at the LSE. 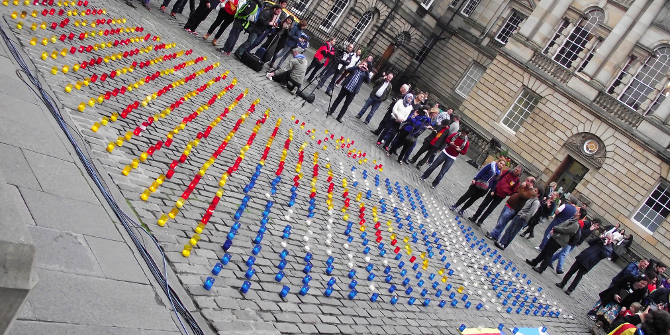