Jeremy Corbyn’s consideration of female-only carriages in public transport shows an ignorance of the causes of sexual harassment and what it may take to solve the issue, argues Paula Zoido-Oses.

Jeremy Corbyn recently said he would consider the possibility of introducing female-only carriages in public transport as a means of reducing harassment rates. After having faced some serious backlash regarding this issue, his team rapidly pointed out that this was not his own initiative, but precisely the suggestion of women he had consulted over the issue. If female-only carriages became a reality, this would only be because women themselves want them. And what could possibly be wrong with granting victims of harassment precisely what they envision as a solution to the issue? The answer is simple: the idea of female-only carriages is wrong because it does not pose a solution to the problem of harassment. If anything, by replicating the same structures that lead to the harassment of females in public transport, it becomes part of the problem.

To begin with, one thing needs to be made clear: sexism is about power. In our society sexism takes the form of patriarchy, which is the general assumption that females are weaker than men, that as such deserve different treatment, and by extension different rights. It also assumes that men are stronger and therefore they are more powerful, or at least more deserving of power and of different rights too. Catcalls, glances, winks, unsolicited smiles and so on are never a form of flattery, but only an open exercise of the superior power men have been culturally assigned.

I have always compared harassment on public transport to the way some of us may react upon encountering a puppy on the tube. One may play with it, unsolicited, imposing one’s desires over those of the animal that we see as different to us and thus deserving of a different measure of respect than our human counterparts. I ignore the reasons that move a man to leer at me during the whole 19 minutes of my daily tube journey; however if there is one thing that can stop him from ever doing that again it would be a sharp understanding and assimilation of the fact that I am not weaker than him. That as a woman I deserve exactly the same measure of respect as his male counterparts. That there is no excuse for harassment, regardless of what society has taught him. That leering at women may seem like a harmless form of entertainment to him – like playing with a puppy – but it is just one manifestation of a form of discrimination that corrosively pervades our society. Unless we begin by addressing sexism in a radical and sustained way, we cannot hope to ever end with the issue of female harassment in public transport.

Sexist discrimination can manifest itself in a varied number of ways, sometimes so sophisticatedly disguised as something else that it can be hard to see it clearly for what it is. For instance, when a man offers a woman his seat on the tube only because she is a woman, he does it because he has been taught that this is the polite or courteous thing to do. Despite of his good intentions, he is (most likely inadvertently) replicating an attitude that is ultimately grounded on the seminal patriarchal notion of female weakness.

I do not doubt of Jeremy Corbyn’s good intentions, but the myopia of his proposal is alarming. Now we do not only get a seat, but an entire carriage – that is how weak we have become. The fact that Corbyn’s team has adduced as a defence that the idea of female-solo carriages was introduced by women who have experienced harassment themselves shows an even greater misunderstanding of the issue. I can only imagine two possible scenarios conducive to women demanding female-only carriages: either they have assimilated sexism to the point of being convinced that as women they are weaker and powerless and therefore deserving of different rights, or they know they are not but are so lacking in support to propose curtailing their own freedom instead of that of their aggressors as a desperate last measure. Both options show the harrowing extent of sexism in our society. The fact that Corbyn and his team have not picked up on this is beyond concerning.

We will only see the end of harassment in public transport once our society as a whole has understood that men hold no power over women. This may be too great a task for Corbyn alone to take under his stride, but a good start would be to empower women so that they can make this point whenever they fall victims of sexist discrimination. It is not the responsibility of women only to teach society that they deserve equal rights and treatment, however it is problematic that they are constantly faced with issues when raising their voice about this. Along with the all-female carriages, Corbyn has also proposed a number of measures that could help fight in this direction, such as 24-hour hotline for women to report harassment or cabinet members for women’s safety on local councils. These show a better understanding of the roots of harassment, and of what it may take to eradicate it.

It requires a joint effort from all social and political actors to challenge and change one of the deepest and more culturally ingrained commonplaces of our society: that women are not as powerful as men. The consideration of female-only carriages as a plausible solution represents a spectacular failure in this regard. It is worrying that citizens have suggested this measure in the first place, but that professional politicians and policymakers seem too ready to pick it up and push it forward shows an alarming lack of understanding of the real causes of harassment and of what it may take to end it. 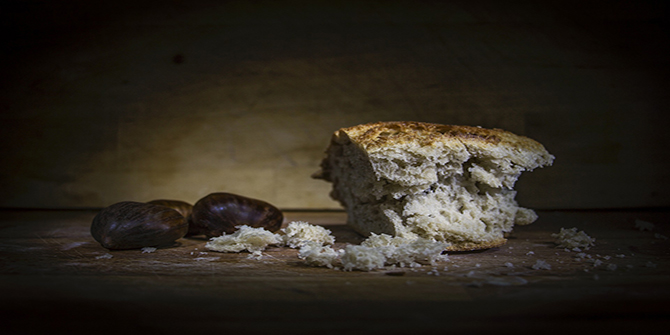 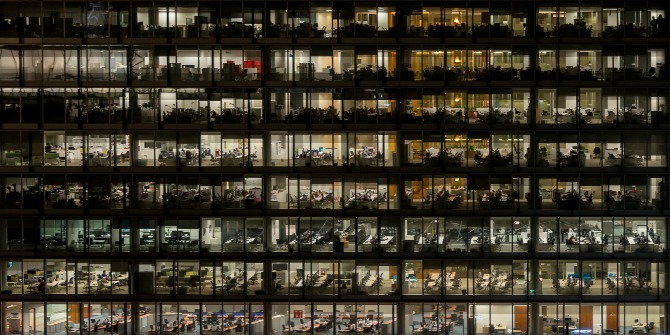