With today’s public sector strike still taking place, Matt Cole looks at the comparisons that have been between this action and that of the recent past. Public support for the reasons behind the unions’ actions seems strong, however it appears less so for the strike itself. As for the Government, recent polls have found the majority feel it has handled the run up to the strike badly.

Superficial comparisons are already being made between today’s industrial action following the public sector strikes of 30 June, and the disruption caused by the strikes which made up the ‘Winter of Discontent’ of 1978-79, or the miners’ strike of 1984-85. By some measures, the impact of today’s ‘Day of Action’ is greater, by others it is more limited; more importantly, the significance of the strikes – for employees, public and politicians – is very different in character from those of a generation ago.

The scale of the strikes is not in the league of the Winter of Discontent, when 29 million working days were lost. Though this year’s figures will mark a spike on the annual average of the 1990s (660,000) or even the last decade, when the million mark was only hit twice, the action is strictly limited in duration. On the other hand, the total number of union members on strike in one co-ordinated campaign is, at approaching 2 million, higher than on any one day since the General Strike. Moreover, the strikes today draw in managerial staff in services such as the Border Agency and schools, making substitution of staff harder. In an echo of Baldwin’s volunteer strike-breakers of the 1920s, David Cameron’s own No.10 staff have been sent to help check passports at airports. The shock of the strike is shorter but sharper than in 1979.

The context of the strikes – apart from being in the wake of an international economic crisis – is very different, however: trade unions have only half the members they had in 1979, and far fewer in the private sector in particular, where sympathy may therefore be limited; they are encompassed by legislative conditions which make spontaneous, sustained strike action – especially unofficial strikes – far more difficult; and they face a government wholly unattached and largely unsympathetic to the labour movement. The Chancellor’s projected real pay cut and doubled job losses for the public sector in the autumn statement yesterday was a bold reflection of that. How does all this affect the players involved?

The unions have been limited as to the scale and timing of their action, but have secured impressive mandates for it, albeit sometimes from low ballot turnouts. Public reaction is never any better for strikes than it is for taxes – during the Winter of Discontent most voters told Gallup that they thought the unions ‘very’ or ‘considerably’ influenced by communism, and in the miners’ strike, a growing majority backed the employers and Thatcher felt able to describe the strikers as ‘the enemy within’. Today public opinion relatively ambivalent: 61 per cent of respondents told a ComRes/BBC survey this week that the strike was ‘justified’; yet another poll by the same company for News at Ten found that only 38 per cent thought the strike ‘right’, whilst 47 per cent disagreed. YouGov polls show stronger opposition to strikes by civil servants and Head Teachers than by to those by ordinary teachers; and greater public sympathy with public sector workers over the issue of the age of retirement than over pension contributions or payments. In short, the public can see some justice in the unions’ claims, but not in their action. The emphasis is likely to fall more heavily on the latter than the former if action is repeated or sustained.

For the government the news is no better: 23 per cent say they have handled the strike well, where 59 per cent say they have not. The Chancellor’s acknowledgement yesterday that the schedule for Plan A has been stretched beyond the next election may sharpen the sense of crisis and the public’s readiness for sacrifice (by public sector workers in particular), but it cannot inspire confidence in his predictions. Labour wrestles with its usual strike dilemma of supporting the cause but condemning the action of the unions, and the Liberal Democrats – whose vote peaked amongst public sector professionals in their forties – have been keeping well out of the way of the cameras, but must surely feel another backlash from their own constituency over the pension reforms.

It is thus possible for the public to blame everybody, especially if there is no resolution and further action takes place. The problem for politicians is that they need public support more immediately and more integrally than unions do. If the public says ‘a plague on both your houses’ to the sides in the dispute, they can vote against the government a lot sooner than they can punish the unions. 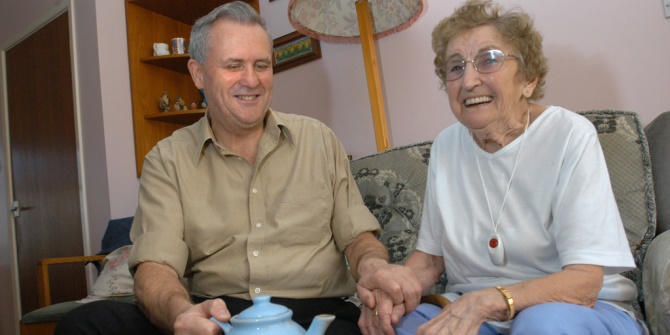