Subsidies to select renewable industrial sectors are paid for by the rest of the economy, in particular through increased energy prices. Simon Less argues that the government’s industrial policies will be costly and hamper growth; resources are being squandered that could have been used to deliver both more growth and greater emissions reduction.

This is the sixth article in a series on climate change and environmental policy being hosted by British Politics and Policy at LSE.

Both ‘green’ policies – to promote reduced carbon emissions – and growth policies are important priorities for the government. But muddling-up these priorities under the banner of ‘green growth’ or the ‘green economy’ is damaging to both the goals of emissions reduction and growth.

But the government’s stated goal of promoting ‘green growth’ leads it instead to favouring and subsidising selected green – usually renewable energy – industrial sectors. The argument for ‘green growth’ policies is not that they are the best way to reduce emissions, but that they will increase overall levels of growth, exports and employment in the UK.

Chris Huhne, then Secretary of State for Energy and Climate Change, said at the Renewable UK conference in October 2011:

“We’re missing a trick unless we start supporting low-carbon manufacturing here in Britain – and … creating the exports that will keep Britain competitive…. [T]his government has resolved that we will be the largest market in Europe for offshore wind.… We will not heed the … green economy deniers.”

This appears to be a political pitch for the sort of industrial policy interventions seen in the 1960s and 70s. Historic industrial policy interventions, for example, in advanced gas-cooled nuclear reactors, car manufacturing and supersonic civil aviation, gave generous subsidies in the hope that these sectors would power future UK growth and exports.  Following the most recent adjustment to renewable generation subsidies, in which long-term subsidies to offshore wind were increased, Climate Change Minister Greg Barker was quite explicit about this being “ambitious green industrial policy in action.”

Yet, these subsidies save no more emissions by 2020 than would anyway be saved under the ETS cap (under which the carbon permit price is currently only around £5-15).  Policy Exchange has estimated that by 2020 the full cost to an average household of existing renewable energy subsidies (including not just the impact on households’ energy bills, but also costs through general taxation and the pass-through to households of businesses’ higher energy prices) will reach about £400 a year.

It is these wasteful emissions reductions policies that are most often justified by ‘green growth’ industrial policy arguments, in particular by those representing commercial interests in the subsidised renewable energy sector. In general, there is little reason to believe that subsidising any one industrial sector can increase overall UK growth levels. Overall UK growth and employment levels depend on fundamental economic factors such as skills levels, the functioning of labour markets, competition and overall investment levels.

It is very far from clear that this gamble will pay off. There are huge unknowns about the future of the global marine renewables market – currently some of the most expensive forms of renewable generation. And there is surely grave doubt about the UK’s ability to create comparative advantage and capture a significant proportion of any global export market, in competition with China and other countries.

Moreover, the track record of previous governments’ industrial policy gambles is a stark warning. History provides little reason to believe that government has any special ability to pick winners. Where there is real comparative advantage, markets are better able to identify and exploit them. The government’s main role in supporting green sectors should be to ensure effective carbon pricing and innovation support.

The current deployment subsidies to selected renewable industrial sectors are paid for by the rest of the economy, in particular through increased energy prices. They divert resources which cannot therefore be used for investment in other sectors (nor for other emissions reduction measures). Optimistically these subsidies may simply shift jobs around the economy, with no overall jobs and growth impact. But it seems more likely that growth will be lower than it would otherwise have been, as significant resources are diverted away from industrial sectors with greater growth and export potential.

Probably the key cost of the government’s industrial policy approach is the valuable investment and innovation that never happens. Muddled 1970s-style ‘green growth’ industrial policies mean resources are being squandered that could have been used to deliver both more growth and greater emissions reduction.

Simon Less is Head of the Environment and Energy Unit, directing Policy Exchange’s research on energy, environment and utilities policy and regulation. He was previously a Director at Ofwat, leading market reform in the water sector, and has held a number of Senior Civil Service positions in the Treasury, including leading on energy policy, and in the Ministry of Justice. 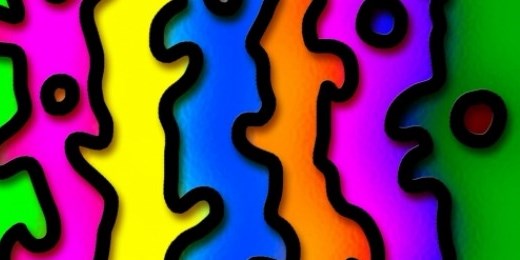 Women and energy: It is time to even things up a bit

High Speed Rail is a critical national infrastructure where the UK lags well behind Europe, and might even fall behind the equally lagging USA