The Marmot Review (2010) developed health measures to monitor the progress of health inequalities and their social determinants.Professor Sir Michael Marmot analyses the data two years on and shows that while there is slight improvement on some measures, inequalities are rising in others. There is still a need to address poverty and focus on child development and education

“Measurement is radical” was my message at the London School of Economics on 20 February in relation to our ‘Two Years On’ monitoring report on health inequalities. By keeping robust measurements on the agenda, we can chart progress on health inequalities and their social determinants and make clear that we hold governments, and the wider society to account.

On publication of ‘Fair society Healthy Lives’ in 2010, we developed a simple monitoring framework with two health measures: life expectancy and healthy life expectancy for men and women; and three social determinants to capture the life course: early child development, young people not in employment, education or training (NEET), and an adult poverty measure.  We announced the baseline for that framework this time last year, thanks to our partnership with the London Health Observatory (LHO).

Poor early child development and socioeconomic disadvantage predict poor performance through children’s whole school careers. Although there is an intimate link between deprivation and development, there is variation around the line – at similar levels of poverty some areas do better than others.  Last year, when I visited Tower Hamlets to discuss child development, and showed data on the clear link between deprivation and school performance, a director of education said: “we tell ourselves every day, poverty is not destiny”. It isn’t. We need to address poverty – the causes of the causes – and we need to focus on early child development and education.

Our next indicator: young people not in employment, education or training (NEET), age 16-19. Again a slight improvement on last year, and that improvement was seen in the majority of upper tier local authorities. So we’re having some success in getting 16 year olds to stay on at school or take part in training programmes. I ask myself why our data seems to be at odds with what’s reported in the news – that the NEETs figure has reached record levels at over 1 million. And we think that’s because we measure until 19 – it’s beyond age 19 that levels of NEET have increased so dramatically.

Our last indicator for the social determinants is the percentage of people in households on means tested benefits. There’s a slight reduction here, both in terms of actual receipt and the inequalities between neighbourhoods with different levels of deprivation. But what’s particularly interesting, and shocking, is the variation within local authorities.

So what is going to happen to health inequalities as a result of the Coalition Government’s policy changes? Of course, I am concerned, particularly in relation to cuts in local authority funding of early years. But that’s an important part of our mission – to watch, evaluate and comment. And with our robust monitoring framework, which of course we will update where appropriate according to government policy changes, we can comment in confidence.

Professor Sir Michael Marmot blogs at http://marmot-review.blogspot.com/. The Institute of Health Equity website contains details of the Marmot Review as well as other work and research undertaken by the institute.

Professor Sir Michael Marmot has led research groups on health inequalities for the past 30 years. He has been invited by the Regional Director of WHO Euro to conduct a European review of health inequalities and he is Principal Investigator of the Whitehall Studies of British civil servants, investigating explanations for the striking inverse social gradient in morbidity and mortality. He leads the English Longitudinal Study of Ageing (ELSA) and is engaged in several international research efforts on the social determinants of health. 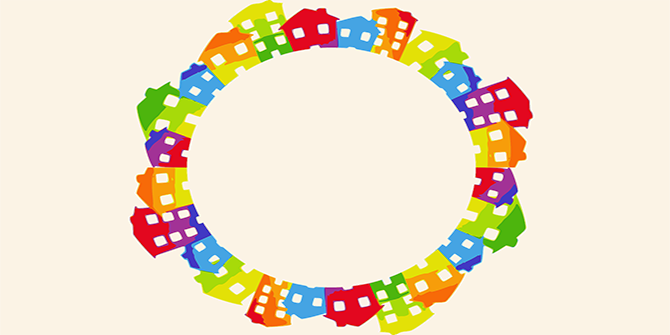