The high temperatures across much of the UK this summer are responsible for hundreds of deaths. Many of these deaths could have been prevented if government departments and agencies had listened to the advice of experts and improved the shockingly poor flow of information to the public about the rising risk of heatwaves due to climate change, writes Bob Ward.

There is evidence that many people perish each summer in the UK because they do not understand that the frequency of heatwave conditions are increasing. The full death toll from this summer’s hot weather will not be known for a few more months, but is likely to exceed 1000 based on what has happened in previous years. This is a public health emergency about which nobody is talking. If more than 1000 people were killed in flooding, there would rightly be an outcry, particularly if many of the deaths could have been avoided.

Figures published by the Office for National Statistics indicate that there were hundreds of additional deaths associated with brief periods of heatwave conditions in July 2016 and June 2017. No analysis has been published of how these people died. However, a comprehensive review published in 2017 concluded that many people who are killed by heatwaves suffer from other serious illnesses, such as lung or heart disease. The researchers at the London School of Hygiene and Tropical Medicine identified older people as being particularly vulnerable but also concluded that more people suffer in Greater London, South-East and East England. These are the hottest parts of the UK, and have been experiencing significant amounts of warming over the past few decades.

An assessment in 2014 found statistically significant increases in daily maximum, minimum and mean air temperatures between 1910 and 2011, with “the rate of change increasing from the north and west to the south and east”. A more recent scientific paper found that there has been a rapid increase in summer temperatures since the mid-1990s over Western Europe. This trend is obvious from the Met Office’s record of minimum temperatures for summers, with eight of the ten warmest years having occurred from 1995 onwards.

It is not just high daytime temperatures that can be lethal. Research shows that hot days followed by hot nights can kill even more people. Many daytime heatwave deaths are linked to underlying respiratory illnesses, while the risk of stroke increases at night. The researchers at the London School of Hygiene and Tropical Medicine indicated that some of the people who die during heatwaves likely would have died of their underlying conditions soon after anyway. But they also underlined some other worrying findings. First, many people die during heatwaves without seeking medical assistance, so an increase in hospital admissions does not always occur. Second many deaths could be prevented if people’s homes had better ventilation, and windows were fitted with shutters or blinds. These are the kinds of modifications that need to be planned and carried out before a heatwave.

Shockingly, the evidence collected by the independent experts on the Committee on Climate Change shows that the design of many new houses being built today means that they are more likely to overheat. But as the Committee has pointed out, most people seem to be unaware of the growing threat of heatwaves or ways in which the risks can be reduced. The House of Commons Environmental Audit Committee have also published a report on their inquiry into adapting to heatwaves.

I hope that the MPs will support the call I included in my evidence to them for the government to do much more to communicate to the public about the impacts of climate change, including more frequent and severe heatwaves. I pointed out that the government has been ignoring the independent experts on the Committee on Climate Change who have recommended an increase in the quality and quantity of information about climate change impacts and risks.

In 2014, the Committee’s Adaptation Sub-Committee highlighted research showing that the British public believe the incidence of hot weather is decreasing:

There is very little evidence that cooling measures, in particular external measures, are being fitted to existing dwellings. This could be due to a perceived low level of current risk. For example, the public appear to perceive that heatwaves and hot weather have become less common over time while they feel that incidence of flooding has increased. However, the evidence for an increase in the number of hot days is actually stronger than the evidence for an increase in flooding.

The following year, the Committee’s progress report also drew attention to the importance of communication and public awareness for managing the increasing risks of heatwaves. It stated:

There is low awareness amongst the general public about how the risks from heat are changing. The majority of people in a recent survey were unaware that the number of hot summer days in the UK has increased, and that hot weather and heatwaves are likely to increase with climate change.

The report added: “The next iteration of the NAP [National Adaptation Programme] should contain specific actions to increase public awareness of the risks of climate change, with lead responsibility for increasing awareness assigned to a single department.”

However, the government rejected the expert’s advice, instead insisting that “we believe that this is better achieved and more effective through targeted messaging closely tied to individual climate threats rather than a blanket approach”. The Committee has tried many times since to convince the government to change its approach, but without success.

In July 2018 the government published its updated National Adaptation Programme, which sets out plans for making the country more resilient to the impacts of climate change, stating that such an effort on the part of government would require: “collaboration across civil society, local authorities, private and public sectors and infrastructure providers. Communication of the risks, the impacts and the actions to take is an important part of this.” But the Programme was published without any press release or any statement from the Secretary of State for Environment, Food and Rural Affairs, Michael Gove, who is the Cabinet Minister responsible for the country’s resilience to climate change. The Programme did not lay out plans for a comprehensive communications effort, instead mentioning Green Great Britain Week due to be held in October. Ironically, the Department for Environment, Food and Rural Affairs, which produced the National Adaptation Programme, currently has no plans to contribute to the Week.

But it is not just the government that should be blamed for the failure to communicate. Government agencies have also let the public down. Public Health England publishes an annual heatwave plan and jointly operates, with the Met Office, the ‘Heat-Health Watch’ which issues warnings ahead of heatwave conditions occurring. However, the Met Office fails frequently to tell the public that climate change is increasing the risk of heatwaves in the UK. For instance, the page about heatwaves on its website does not mention climate change, and its page on the impacts of climate change has no information on heatwaves.

It is hardly surprising that people are so badly-informed about heatwave risks when government departments and agencies make so little effort to raise public awareness. When will the government realise that public ignorance about heatwaves is deadly?

Note: this also appears on the LSE Grantham Institute’s website. 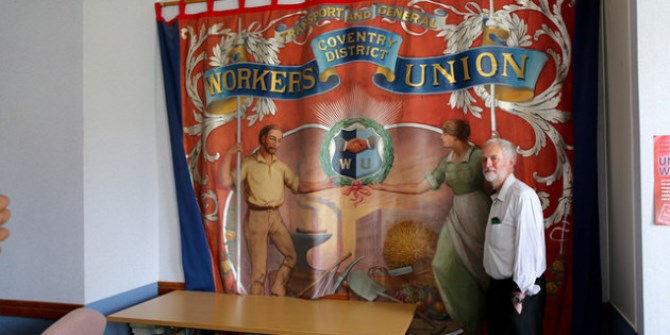