The erosion of real wages has affected adversely the motivation and morale of workers thereby weakening productivity, argues David Spencer. Higher real wages would raise productivity and also induce the demand needed to absorb the extra output created by the rise in productivity. In short, a high wage economy is a precondition for a return to sustainable prosperity.

Two things stand out about the economic recovery in Britain. One is the sluggish growth in real wages. The other is the sluggish growth in productivity. That the two phenomena have coincided is no accident. Low real wages, by eroding the incentive to work and the morale of workers, have fed low productivity. At least we can cling to the thought that the solution to this might offer a genuine recovery with sturdy roots.

Despite falling unemployment levels, real wages have registered a continued period of decline never before witnessed in the past half-century. Recent headlines about a reversal in this trend are due to falling price inflation – partly a reflection of weak domestic and world demand – rather than to accelerating pay settlements.

At the same time, rises in output have been matched by rises in hours worked; workers in Britain have not been producing any more per hour. It seems clear in this scenario that the key to resolving the productivity puzzle is to increase real wages. A pay rise for hard-pressed British workers would mark a big step forward in raising productivity. It would also help to sustain a recovery by underpinning higher levels of demand. In short, a high wage economy is a precondition for a return to sustainable prosperity.

Some others have linked lower real wages and lower productivity. One argument is that lower real wages have encouraged firms to hire more labour which has ultimately eroded productivity. This argument presupposes certain things. For example, it implies fairly rapid adjustment in capital-labour ratios – in other words, firms investing in people rather than building up cash on their balance sheet or buying new equipment. But such adjustment is not necessarily feasible.

For the manufacturing sector, where large investments have been made in plant and machinery, hiring cheaper labour is far from straightforward. Firms cannot simply dispose of capital that they have invested in and switch to labour intensive methods of production without facing significant losses. For the service sector, there may be scope for hiring more labour if the relative cost falls, but it is a fallacy of supply-side economics to expect that firms will hire more labour unless aggregate demand also increases. Any appeal to firms hiring more labour must take this into account.

Accounts of the productivity puzzle that focus on changing those capital-labour ratios tend to omit both the relative fixity of capital and the importance of demand side forces in influencing the hiring of labour. Therefore, real wages may fall by a significant amount, but this will not prompt firms to hire more labour unless and until aggregate demand also rises. The lack of any rise in real wages despite falling unemployment levels suggests that there are other causes of the productivity puzzle in the UK. One such cause is likely to be linked to the effects of lower real wages on recorded productivity.

What I want to suggest is that the erosion of real wages has affected adversely the motivation and morale of workers. By allowing real wages to be eroded firms have effectively made their workforce less productive. The productivity puzzle is in part the creation of employers’ own inaction to address the fall in real wages. This line of argument is not a new one. It can be found in the writings of Adam Smith. For Smith, real wages and productivity were positively related. He wrote in Wealth of Nations:

“Where wages are high, we shall always find the workmen more active, diligent, and expeditious, than where they are low.”

Adam Smith was as much a moral philosopher as he was a political economist and his concern for the plight of the working poor led him to back a high wage economy.

In modern economics, the same argument is captured in the theory of efficiency wages. Here, higher real wages induce greater productivity through more dedication, effort, commitment, and quality. The point is that it may pay for firms to raise the wages of their workforce. Not only do higher real wages raise productivity but they also induce the demand needed to absorb the extra output created by the rise in productivity. A high wage economy, in short, can benefit both firms and workers.

Referring back to the UK case, lower real wages have made it harder for firms to induce their existing workforce to put in the work required to improve productivity. We can certainly see in survey evidence low levels of morale among UK workers. The prospect of working more for no additional pay (or even lower pay) has certainly demoralised workers and has created inefficiencies which might have otherwise been avoided. Lower real wages have also held back demand hindering recovery in output. Demand and output have risen because of workers’ borrowing more and running down savings – this is hardly a sustainable route to recovery.

The pay-off to firms of paying workers more is higher productivity that could more than offset the higher wage costs incurred and induce higher demand for the extra output created. But this win-win scenario requires consensus between firms and workers. It is not clear in the present climate – with trade unions relatively weak and firms still in the grip of the shareholder value model – that there is scope to reach any kind of compromise.

The relative weakness of workers is a barrier not just to higher real pay but also to the increase in productivity and ultimately sustainable prosperity. The grim truth is that we face low productivity and low real wages reinforcing one another in a vicious cycle that ultimately helps neither firms nor workers.

Note: This article was originally published on The Conversation and gives the views of the author, and not the position of the British Politics and Policy blog, nor of the London School of Economics. Please read our comments policy before posting. Featured image credit: Number 10 CC BY-NC-ND 2.0

David Spencer is Professor of Economics and Political Economy at the Leeds University Business School. 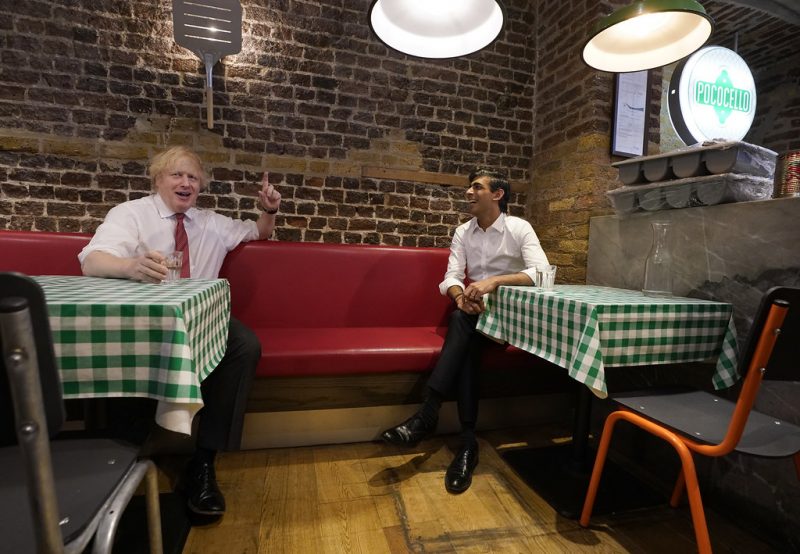 Budget 2021: while important steps have been taken, bolder and better coordinated action is needed for a sustainable recovery

Plan B is the wrong rhetoric, but the Treasury must spell out a strategic vision for the UK’s economic growth