Momentum has played a key role in regenerating interest in electoral politics among young people. Sarah Pickard explains how the tactics they employed have been met with ongoing success, and how they harnessed the enthusiasm and energy of young people to campaign for Jeremy Corbyn and Labour.

One of the dominant narratives about the 2017 General Election result is that young people turned out in a considerably higher proportion than previously, and that they voted overwhelmingly for the Labour Party. The recent surge in young people favouring Labour can be traced back to the launch of the political movement Momentum to support Jeremy Corbyn, following his election as party leader in September 2015. How has Momentum generated interest in politics among young people?

Jeremy Corbyn’s leadership election campaign in 2015 (and his re-election in 2016) involved three intertwined factors: mass mobilisations, grassroots support, and digital technologies. Notably, there was a database containing information (email addresses, telephone numbers, postcodes, etc) “collected during both of Corbyn’s leadership campaigns, through both Momentum and the official campaigns.” This political communication goldmine was owned by the director of Operations for Corbyn’s leadership campaign, Jon Lansman. He took it with him when he went on to form Momentum in October 2015 as a traditional socialist organisation independent from the Labour Party, but officially supportive of it and Jeremy Corbyn as its leader, thus filling the left-wing political vacuum vacated by New Labour.

Momentum used the tactics of the ‘Jeremy for Leader’ campaign to generate support and claimed to have 100,000 online registered supporters by April 2016, 200,000 by January 2017. For paid up members, the number grew from 20,000 to 31,000 members between January and November 2017. Supporters and members can roughly be divided up along generational lines: the older, veteran, traditional Leftists who do not identify with New Labour; and the young, newly politicized movementists, some of whom were not even born when Tony Blair became Prime Minister in 1997.

Part of the attraction of Momentum for young people resides in its horizontal, social movement network way of doing politics, as opposed to the rigid, hierarchical Labour Party structure. Similarly, for Momentum sympathisers, the network generates a feeling of belonging to a constructive and positive community that offers hope and potential for change. The very active and interactive use of digital technologies – that comes naturally to many young people – is another part of the appeal and an effective method for both diffusing information and mobilising support.

Young people are at the heart of Momentum. They play a crucial role in informing, participating, and organising Momentum’s digital and physical events, as opposed to being passive consumers. Indeed, part of the success has been allowing supporters and members to organise individually, as part of local Momentum groups and larger regional umbrella groups, alongside what was Momentum’s national executive, now called its National Co-ordinating Group. Pivotal to this has been volunteer ‘Big Organising,’ where activists are empowered and trusted with roles usually designated to employed staff and the party hierarchy.

This is achieved through a variety of means, including, on the one hand, Momentum’s official communication channels and frequent emailing using the information from the aforementioned database, and, on the other hand, member- and supporter-generated communication via social media. Social media creates a direct link between Momentum and the grassroots, by-passing the Labour Party and the mainstream media, especially most newspapers, that were vociferously against Corbyn and Momentum. It is also fast, labour un-intensive and cost-effective, thus enabling Momentum to reach a large audience. Social media also gives a voice to the grassroots, allowing them to generate content and to organise events.

Momentum has also been creative through the use of pop-up phone banks (initially used during the ‘Calling for Corbyn’ 2016 leadership campaign). Volunteers access a web-app to canvass potential supporters and voters from either an improvised call centre or from home. These activists are encouraged to post photos on social media, spreading the message and generating further interest. Effective use of social media and apps such as My Nearest Marginal has also enabled grassroots activists to be dynamic at traditional door-to-door canvassing and leafleting on a large-scale, especially in marginal seats and areas that have been traditionally difficult to reach, including university towns.

The appeal of Jeremy Corbyn and the Labour Party in the 2017 General Election among many young people is largely attributable to the leader being viewed as an authentic and ideological politician with a positive and hopeful message, as well as youth-friendly policies, as opposed to Conservative Party. Momentum played a key role in generating this support. Although the movement has not been without its critics, especially regarding extremism and entryism, it has nonetheless managed to bring many young people into the fold of political participation, including voting, which can only be a good thing for democracy.

Sarah Pickard is Senior Lecturer at the Université Sorbonne Nouvelle, Paris. Her research in contemporary Youth Studies focuses on the interaction between youth policy and youth politics. She is publishing Politics, Protest and Young People. Political Participation and Dissent in Britain in the 21st Century with Palgrave Macmillan in 2018. 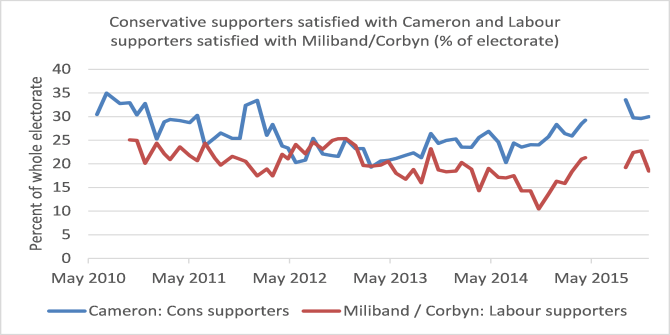