Parliament’s Intelligence and Security Committee has produced a report into Russian interference in UK politics, but it cannot be published without government approval. Andrew Defty explains that Number 10’s failure to release the report before Parliament was dissolved is the latest in a series of government actions that have hindered effective parliamentary scrutiny of the intelligence and security services. Reform to ensure the committee has greater independence from executive obstruction should be considered in the next Parliament.

It is not clear why the government did not feel able to approve the release of the Intelligence and Security Committee’s report into Russian interference in the UK before Parliament was dissolved this week. However, the episode does reveal a worrying potential for the process of intelligence oversight in the UK to become politicised. Government Ministers struggled to provide an adequate response to urgent questions in the House of Commons and the House of Lords in which the Chair of the ISC, Dominic Grieve MP, and a phalanx of those with experience in this field including Lord Anderson of Ipswich and the PM’s former National Security Adviser, Lord Ricketts, asked why the Prime Minister was refusing to approve the release of a report that has apparently been cleared for publication by the intelligence and security agencies.

The Intelligence and Security Committee was reconstituted as a parliamentary committee in 2013. However, in a number of important respects its work remains subject to government approval. In particular while the ISC is free to pursue its own agenda, its reports must be submitted to the Prime Minister and are subject to a process of review before being laid before Parliament and published. In practice this involves a process of negotiation between the committee and intelligence agencies regarding the redaction of sensitive information. This takes place before the reports are sent to the Prime Minister to be signed off for publication, which means that the Prime Minister is simply asked to approve publication of reports that have already been cleared by the intelligence and security agencies. While the process of negotiating redactions can be lengthy, it was revealed this week that final approval by the Prime Minister usually takes no more than ten days. Moreover, the Justice and Security Act 2013 stipulates that the only reason for the exclusion of material from an ISC report is ‘if the Prime Minister, after consultation with the ISC, considers that the matter would be prejudicial to the continued discharge of the functions’ of the intelligence and security agencies.

The ISC’s Russia report was sent to the Prime Minister for approval on 17 October. As Ministers were keen to point out in Parliament this week, this did not leave very long for approval before Parliament was dissolved on 6 November. However, on the final sitting day of the House of Commons the ISC Chair, Dominic Grieve, revealed that the process of negotiating redactions to the report had begun in March and had been completed in early October. The final draft of the report had been agreed by the intelligence and security agencies and the only remaining step was for the Prime Minister to approve publication. Government Ministers insisted that this was a very important and sensitive report which required detailed scrutiny by the Prime Minister before it could be released for publication. However, if the report had been approved by the intelligence and security agencies it is difficult to see what additional objection the Prime Minister could raise to it being laid before Parliament and published. In these circumstances it is hard to avoid the conclusion that the Prime Minister was motivated by political rather than security concerns.

This episode represents a low point in relations between the ISC and the government. However, this is not an isolated incident, but is part of a worrying pattern of government obstruction and delay in relation to the work of this important committee. This has been compounded by two general elections in quick succession and is clearly not helped by the prospect of a third. This is not the first time the ISC has expressed concern about the time taken by government to review its reports. It took more than four months to review the committee’s report on lethal drone strikes which was sent back to the committee just six days before the 2017 general election, with the result that the committee was forced to accept all of the proposed redactions in order to ensure the report was published before the election. Similarly, despite a commitment to provide a response to ISC reports within 60 days of publication, the government has routinely missed this target, for example, taking five months to publish a response to the committee’s report on detainee mistreatment and rendition. There are two ISC annual reports to which the government has never provided a response.

The ISC has also been frustrated by an unprecedented lack of cooperation from the government in relation to two of its most recent inquiries. In its inquiry into lethal drone strikes in Syria the committee was denied access to intelligence assessments provided to Ministers which underpinned the decision to authorise the strikes. Similarly, the committee took the decision to wind up early its long-running inquiry into detainee mistreatment and rendition when the government refused to allow it to speak to intelligence agency personnel who may have witnessed mistreatment taking place. These examples raise significant questions about whether the committee is able to carry out its core oversight function.

Finally, the government retains significant control over the process of appointing members of the ISC. A new ISC is appointed following a general election. Although the committee is now appointed by Parliament, unlike Commons select committees, members must first be nominated by the Prime Minister. The length of time taken to provide nominations means that the ISC was one of the final parliamentary committees to be established following the 2015 and 2017 general elections. If the process is similarly delayed following the forthcoming general election it may be well into the next Parliament before the ISC’s Russia report sees the light of day.

Some accommodation of national security concerns is a necessary feature of parliamentary scrutiny of intelligence. While the process of intelligence oversight should, as far as possible, be open and transparent, parliamentary debate and the publication of reports should not undermine national security. However, national security concerns should not be used as a pretext to mask wrongdoing, political embarrassment or awkward truths. The current oversight arrangements in the UK allow the executive a level of control which threatens the independence of the process. One issue that might be considered when Parliament returns, is whether the Prime Minister should have a role at all in approving the published output of the parliamentary Intelligence and Security Committee. If the committee is able to negotiate the publication of its findings with the intelligence and security agencies, there seems little justification for requiring Prime Ministerial approval of this process. Whether or not there is anything of consequence in the ISC’s Russia report in relation to the forthcoming general election, this episode has revealed the worrying potential for political interference in the process of intelligence oversight in the UK.

The above was first published on Democratic Audit.

All articles posted on this blog give the views of the author(s), and not the position of LSE British Politics and Policy, nor of the London School of Economics and Political Science. Featured image credit: UK Parliament / Jess Taylor / (CC BY-NC 2.0) licence. 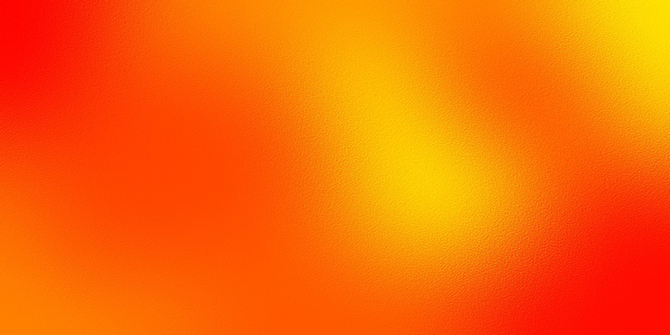