Could a grassroots development approach help address inequality? Julian Manley explains the concept behind the Preston model, and how worker-owned co-operatives supported by major local players could help empower communities.

The Preston Model has attracted the interest of Labour Party policy developers as a potential model for a future society. Both the Shadow Chancellor, John McDonnell, and Ed Miliband have visited Preston City Council and the University of Central Lancashire to find out more. Preston has been cited by Jeremy Corbyn as an example to look out for.

The collapse of the 700 million pound Tithebarn regeneration scheme for Preston in 2011 due largely to the sharp economic decline following the 2007/8 crash left the city with no choice: do or die. As is often the case, this collapse was not an individual failure. It was instead a symptom of a greater sea change rushing through the veins of our social and economic structures, forced through the blinkers of an establishment that believed itself immune from criticism – the ‘no choicers’ of the neo-liberal classes who woke up to the shock of the choice made by the hitherto ignored and powerless majority on the day of the EU referendum. The bland and crude referendum campaign around the EU was about everything but Europe and can be summarised in the battle cry ‘Take back control’.

Control over what? Although many might immediately claim this as being ‘control of our borders’, our experience in Preston suggests that it is more about being in charge of our own destiny; being self-empowered. The north-west of England, disempowered and ignored forever by London could hope for little from a ‘central’ government in the south.

Inspired by the Mondragón model in the Basque Country and the Cleveland model in the US, Preston City Council and the University of Central Lancashire began to work together in 2013 to create a new social and economic vision for Preston. Working with the Centre for Local Economic Strategies and following the Cleveland example, the progressive Labour Council, guided by the enthusiasm of councillor Matthew Brown, began by mapping out the local procurement of ‘Anchor Institutions’, i.e. major players in the local area with money to spend and ‘anchored’ to the site, such as, for example, the hospital, the university, and Lancashire County Council, among others. Wherever possible, Anchor Institutions were encouraged to shift external spending towards local procurement.

But it doesn’t stop there. What does it mean to think local? For the centre-right of the political spectrum, localism may smack of protectionism, but this is a “damned if you do and damned if you don’t” approach that ignores the underlying benefits that come from local economic development. The benefits of a strong sense of community are well documented (the ‘social capital’ identified by Robert Putnam and others). If there are opportunities for making a success of life in Preston, a place where people have a sense of identity and belonging, then social capital is potentially increased; pride of place is enhanced; a sense of citizenship is developed; and democracy becomes relevant and vital.

It is not shameful or retrograde to want to belong to community. In fact, if we consider the idea of the emergence of a new way of life – whether you call it ‘post-capitalism’ or ‘post-growth’ – the local is increasingly identified as sustainable and resilient. It is often equated with the kind of robust mental health that we are so sorely lacking in today’s society.

Community health is enhanced by success, but not any success at all costs. Studies have indicated that ever increasing wealth is not a source of happiness, whereas working together and sharing a democratic existence is. This is why the Preston Model favours worker-owned co-operatives as a business model to fill the gaps in the local economy. The gaps consist of the local economy being unable to provide the goods and services required by Anchor Institutions. To generate and retain local wealth has obvious advantages for local communities; to increase local procurement with co-operatives also contributes to an increase in wealth, but at the same time leads to job creation and a work ethos that advantages and empowers local people. The Mondragón co-operatives motto ‘Humanity at Work’ neatly sums this up.

In 2017, the University/Council partnership helped to create the Preston Co-operative Development Network with the aim of providing a framework to support the development of co-operative business in Preston. The creation of this Network was the principal recommendation of the university’s 2016 report ‘Co-operative Activity in Preston’, subsequently disseminated in a series of presentations by myself to Preston City Council, among others.

The Network is itself a co-operative and consists of a steering group of experts in the field. It provides a combination of basic hands-on training and development, legal advice, and an overall vision for the city as well as providing a source of pro-active networking for co-operatives who, within the Network, will commit themselves to co-operation before competition.

Where will these co-operatives come from? Employee buyouts, strategic planning, and encouragement for start-ups and graduates from the university. The University of Central Lancashire is working hard to enhance its presence and contribution to the community it serves. There are projects for increased undergraduate co-operative education leading to business plans for graduates who will discover new opportunities and reasons to remain in Preston-based worker-owned co-operatives supported by the university and the Network. The future has already begun.

Julian Manley is Research Fellow in the School of Social Work, Care and Community at the University of Central Lancashire

The US experience suggests that the government’s plans for local TV are unsustainable and will not lead to a new wave of locally based broadcasters. 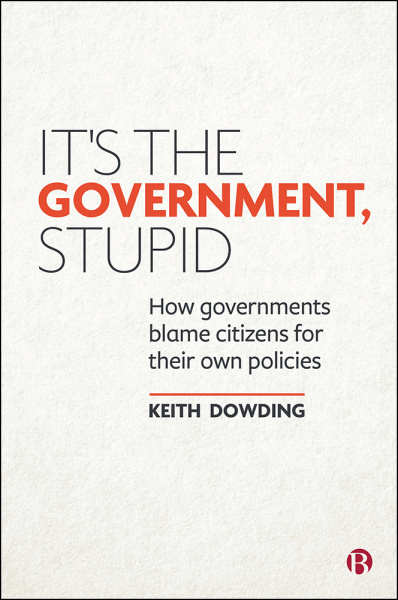 Front-line workers in local government are no longer ‘street level bureaucrats’ but instead act as ‘civic entrepreneurs’ to make order out of chaos for their communities.