Between the 2001 and 2011 censuses a new phenomenon emerged amongst migrants into the London region, which is that migrants are now spilling out into a number of towns outside the Green Belt. As Kerwin Datu describes, this creates new opportunities for a dynamic polycentric regional economy, but will also create new infrastructural and environmental stresses for which we must now be prepared.

In the opening decades of the 21st century, one of the most distinct phenomena to have arisen regarding migration into the London region is the fact that many town centres outside the Green Belt now play host to growing numbers of migrants, from poorer and wealthier countries alike.

Most migrants coming to London from poorer countries tend to settle in relatively inexpensive outer boroughs inside Greater London such as Brent, Hounslow and Newham, just as their predecessors have done for several decades. And before 2001, the only towns in the wider region to host migrants from poorer countries in similar proportions to these outer boroughs were Luton and Slough, and perhaps parts of Crawley and High Wycombe. We may also include Moor Park in Three Rivers just north of Hillingdon, though this is in fact home to rather well-to-do South Asians.

Since 2001 however, Luton and Slough have been joined by several other towns outside Greater London receiving large concentrations of migrants from poorer countries. These include in particular: Hatfield and Watford in the north; Reading to the west; Aldershot, Farnborough, Guildford and Woking in the southwest; and Gravesham, Thurrock, Gillingham and Maidstone to the east. Crawley and High Wycombe have also solidified their places in this new regional pattern.

Comparison with data from the 2001 census shows that these are not previous generations of migrants from poorer countries moving from one location to another after having settled in the London region for some years; these are new migrants from poorer countries settling rather quickly in towns not previously known for receiving such migrants in large numbers. The blooming of so many new concentrations of migrants in the opening decades of the 21st century suggests that this is the birth of a long-term trend that will continue to shape migration into the London metropolitan area for decades more.

Figure 2 – Settlement patterns of migrants from poorer countries since 2001

Yet this is not the only new pattern to emerge in the London area. Much debate about migration whether in politics, the tabloids, social media or elsewhere tends to focus on migrants from poorer countries, but the settlement patterns of migrants arriving from wealthier regions such as North America, Western Europe and Australasia make an impact as well. Unsurprisingly, many of these are concentrated in the more expensive inner western boroughs of London such as Westminster, Kensington and Chelsea, and Hammersmith and Fulham.

After this however, the pattern of dispersion differs for each group. Australians and New Zealanders tend to disperse into the more expensive outer south-western boroughs along the Thames such as Richmond and Kingston and rarely located in the counties outside the Green Belt. Whereas migrants from the US have settled in very large concentrations outside Greater London—in Elmbridge, where an American school has existed in Cobham since 1975, and more recently in Runnymede, where another American school was opened in Egham in 1995.

Figure 3 – Settlement patterns of migrants from North America since 2001

A new kind of metropolitan economy

If this pattern persists over the coming decades, a new kind of metropolitan economy is likely to form, bringing greater  economic opportunities to the region, but also imposing new forms of stress upon its infrastructure and institutions. The opportunities are those associated with the emergence of growing sources of migrant labour in the larger towns throughout the region, creating the possibility that many new enterprises may now be created in these towns, or move out from London to take advantage of the lower land costs and available labour.

The new forms of stress to be managed will be those on the region’s transport infrastructure, which must increasingly support unforeseen patterns of commuting. They will be on the region’s environment, which risks suffering the overdevelopment of green spaces and the loss of farmland and other important ecosystems. And they will be on the region’s planning and governance institutions, which will have to contend with new complexes of relations and tensions brought by the confluence of new migrant populations, new businesses, and new forms of housing demand.

These new patterns of migration into the counties surrounding London and the tensions and opportunities they imply for the future demonstrate that it is increasingly important to consider migration and planning issues at the wider metropolitan scale. As London proceeds to attract migrants both richer and poorer from around the world, it will continue to transform the region around it in ways that are not easy to predict, but which we must now focus on catering for and managing.

For further details of this study please see the working paper, Datu (2014) “Settlement patterns of rich- and poor-country migrants into the London metropolitan region since 2001”, prepared for the LSE London conference “How is London being transformed by migration?” on 24 March 2014, as part of the HEIF 5 project “Migration and the Transformation of London”

Kerwin Datu is a researcher for LSE London and the Department of Geography and Environment at LSE, and editor-in-chief of The Global Urbanist, an online magazine reviewing urban development issues around the world. 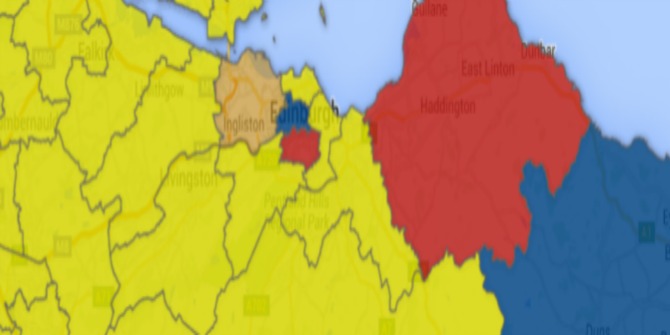