Tariq Modood discusses the historical relationship between political multiculturalism and national identity, arguing that what some have construed as the ‘death’ of multiculturalism can better be understood as change of focus. Any attempt to cultivate conditions conducive to integration necessitates that national identity be taken seriously but in a manner which enlarges and pluralises conceptions of what it means to be a member of the nation.

One of the long standing aims of political multiculturalism has been to strengthen the sense of nation. Not through cultural conservatism, majoritarianism or assimilation but by pluralising the national identity. This means including those who may be marginalised or excluded but it is at the same time a project of making good what threatens to divide the national community. This multicultural project is found in Pierre Trudeau’s famous declaration in 1971 that Canada was a multicultural nation, which was given legal status in 1988. It was the archstone of the Swann Report on multicultural education in Britain in 1985.

Indeed, in the late 1980s when British nationalism was identified with the New Right and Thatcherism, and the left was tone deaf to alternative conceptions of our nation, one of the first stirrings of interest in Britishness on the Left was in the writings of ethnic minority intellectuals such as Bhikhu (now, Lord) Parekh and Stuart Hall, who argued that new forms of Britishness – hybridic, hyphenated and multiple – were emerging in the lives, neighbourhoods and cultural life of black and Asian Britons. And the proper response to which was to climb above the divisions of black and white, native and migrant and tired old stereotypes of Englishness and Britishness. We had to rethink what it meant to be British, to remake our sense of country so it was inclusive of all fellow citizens. No one should be rejected as culturally alien and insufficiently British because of their ethnicity or religion but rather we had to reimagine Britain so that, for example, Muslims could see that Islam was part of Britain; and equally importantly, so that non-Muslims, especially the secularists and the Christians could see Muslims were part of the new, evolving Britishness.

‘Rethinking the national story’ was the most important – yet the most misunderstood – message of the report of the Commission on Multi-Ethnic Britain (aka The Parekh Report). It argued that the post-immigration challenge was not simply eliminating racial discrimination or alleviating racial disadvantage, important as these were to an equality strategy. Rather, the deeper challenge was to find inspiring visions of Britain – which showed us where we were coming from and where we were going, how history had brought us together and what we could make of our shared future. The Commission did not want to paint either the past or the present in rosy, pastel colours, recognising conflict and contestation of narratives as ever-present but nevertheless insisted that through dialogue and egalitarian commitment a vibrant, new Britishness at ease with itself beckoned.

It may seem that since that report of 2000 we have retreated from this project of building a multicultural nationality. Actually, what is interesting is that the crises of this century has led governments to pursue a more active nation-building approach. An approach which is not inimical to the idea of a multicultural society. The reaction to the Parekh Report in 2000 was somewhat complacent in dismissing the idea of active nation-reforming and content with what the Report identified as ‘multicultural drift’. Since then, the more fearful post-9/11 times have made governments recognise that national cohesion is not simply given but has also to be made.

For many, this is all about proclaiming the death of multiculturalism. Yet, given that multiculturalism from its inception was a project of nation-remaking, I think it remains as pertinent as before. We may now want to express ourselves in terms of the priority of ‘integration’ but we have to understand that there are different modes of integration and none of them – including integrationist-multiculturalism – is to be dismissed. Because in a multicultural society different groups will integrate in different ways. Some ethnic minorities may wish to assimilate, some to have the equal rights of integrated citizens, some to maintain the cultural differences of their group identities, and some to be free to choose cosmopolitan mixed identities. Equally, the majority society may look on different minority groups in all these different ways. Each approach has a particular conception of equal citizenship but the value of each can only be realised if it is not imposed but is instead the preferred choice of minority individuals and groups. No singular model is likely to be suitable for all groups – or perhaps even for any one group. To have a reasonable chance of integrating the maximum number of members of minorities, none of these political responses should be dismissed.

Moreover, assimilation may be more appropriate in terms of national language acquisition before naturalization; individualist-integration may provide the model for non-discrimination in the labour market; yet multiculturalism may be the basis for supplementing electoral representation (where minorities are under-represented) and in creating new attitudes of inclusivity and in rethinking national identities. Thus perhaps the ultimate meaning of multiculturalism is not as one mode of integration but as the perspective which allows all modes of integration their due, including, crucially, communitarian multiculturalism.

This is particularly important at a time when many centre-left critics of multiculturalism celebrate hybridity, fluidity and cosmopolitian identities. These are indeed worthy of celebration but we should not overlook the conservative, community-maintaining aspect of multiculturalism. Communitarian multiculturalism may currently be viewed as undesirable by various publics and policymakers. Yet, given how central groups such as Muslims have become to the prospects of integration on a number of fronts, it is unlikely that integration can be achieved without some element of this approach. Perceptions of Muslims as groups, by themselves and by non-Muslim majorities, are hardening. The key question is not how to decollectivise Muslims but whether they are to be stigmatised as outsiders or recognised as integral to the polity. The enlargement, hyphenation and internal pluralising of national identities is essential to an integration in which all citizens have not just rights but a sense of belonging to the whole, as well as to their own ‘little platoon’.

For a fuller presentation of this, see Multiculturalism and www.tariqmodood.com. 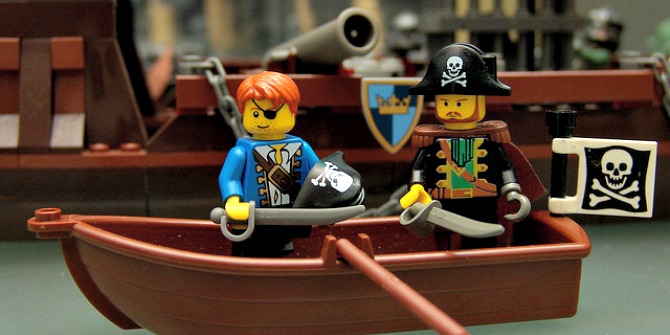