In this article, Bart Cammaerts presents the findings of a representative survey he conducted into people’s attitudes towards the aftermath of the financial crisis and austerity. His results show that the majority of people in the UK do not consider that they are necessarily better off after five years of coalition governement, and that there has been a broad shift towards what he calls a renewed politics of redistribution. This helps us understand why the Conservatives have been waging a strongly negative campaign; the Tories do not want to engage with redistribution, so their only option is to use fear-mongering as their main campaign tactic.

This election is as we all know very tight and by now the battle lines are drawn and the campaign strategies laid bare. Almost all the cards are on the table and in a few weeks time we will know what the outcome will be.

In terms of campaign strategies there are marked differences between the different parties and to some extent these can be observed if we briefly analyse the parties’ font pages of their respective websites and what they emphasise on there:

In a nutshell, the Conservatives fight an incumbent’s campaign, focusing on strong leadership and the economy, but they also wage a negative campaign, scaremongering and inducing fear of their opponents in the minds of the electorate. They attempt, but for the time being fail, to demonise ‘Red Ed’ and link Labour to the SNP. Labour on the other hand, juxtapose themselves to this with a more positive campaign focusing on defending the interests of ordinary working people. Labour also tries to shift the center ground of this campaign onto their traditional turf, with policies tackling inequality, the cost of living, fairer taxation, protecting the health service, etc. The Liberal Democrats know that they are in somewhat of a pickle and they pour all of their human and financial resources into a very limited number of target seats, which they hope to be able to keep (and which they won’t). The Lib Dems also clearly position themselves in the metaphorical middle of the bed, as the voice of reason, able to tame and sooth – if need be – both the nastiness of the Conservatives and the supposed overspend of Labour. The SNP banks on capitalising on the fall out of their narrowly lost independence referendum and argues that a strong SNP fighting for the interests of Scotland in Westminster will benefit Scotland as a whole, obfuscating that this might usher in another conservative-led coalition.

In the beginning of the campaign UKIP and the Greens both punched well above their actual weight in terms of media attentions and coverage. However, in the clash between left and right with both the Lib Dems and/or the SNP potentially holding the keys to power, UKIP and the Greens are increasingly relegated to being a mere irrelevant side-show.

So, why are the Conservatives waging a fear-based negative campaign, enthusiastically helped in this by the predominantly rightwing media? In my view there are two main strategic reasons for this. First, the majority of people in the UK do not consider that they are necessarily better off after five years of a Con-Dem coalition, on the contrary. While the Lib Dems can rightfully claim that they prevented the Conservatives from cutting even more in public services and from privileging the interests of the rich even more, the Conservatives do not have a credible narrative in this regard except to say that everything will be so much worse under a Labour-led government. In other words, they cannot run on their own record too much nor can they be too precise about what they would do as many of their policies do not resonate with average voters.

Second, the reason why the policies of the Conservatives do not resonate that well with the average voter is the changed political landscape which does not bode well for conservative policies and values. Post-2008 and after many years of austerity and hardship, many people are convinced the system does not work in their interest; that the few are profiting disproportionally to the detriment of the many. Working hard is not a guarantee anymore to prosperity. Arguably, the majority of us are not born anymore for that which is better, to paraphrase the German poet Friedrich Schiller.

All this also came to the foreground in my analysis of a representative survey[1] I conducted together with Toluna probing into attitudes towards the aftermath of the financial crisis, austerity, and a number of counter-discourses as developed by anti-austerity movements such as Occupy, UK Uncut and the National Campaign against Fees and Cuts.

Table 1: Are you personally affected by the crisis?

When it comes to my second point, the changing political landscape the results of my survey are even more revealing. 62 per cent of British people are of the opinion that inequality has risen to unsustainable levels and about 65 per cent agree with the Occupy metaphor ‘the 99 per cent versus the 1 per cent’.

On taxation opinions are even stronger. As Table 2 shows, there is overwhelming support across the board to increase taxes for the rich and for companies, especially multi-nationals. 65 per cent of respondents disagree with the following statement: ‘companies and multi-nationals should be allowed to use loopholes and profit from generous tax-rules’. However, to nuance this a little bit, when asked about their own taxes only 3 per cent of people think their own tax-bill is too low.

Surprisingly, only a narrow majority (52 per cent) disagrees with the statement that ‘the privatization of public services such as the NHS and schools is a good thing’. Disagreement with the statement increases, however, amongst older people and the more vulnerable (to 60 per cent of 55+ year olds or of those not in employment). Disconcerting in this regard is that almost 62 per cent of 16-24 year olds think that privatization of public services if a good thing, which again points to younger generations being less progressive than the older ones.

Despite this, I do think that these results broadly show a changing political landscape towards what I would call a renewed politics of redistribution, which Labour expresses more with their proposed policies than the Conservatives. The Conservative party does not want to engage with redistribution, so their only option is to use fear-mongering as their main campaign tactic. However, Labour and the other main parties are also implicated in this. Distrust in democracy and in the political establishment is still at an all time high. When asked who is most to blame for the financial crisis, 40 per cent of people blame the political establishment (compared to 44 per cent blaming the capitalist system and 4 per cent high levels of personal debt). Furthermore, 60 per cent of respondents agreed with the statement that ‘our democratic system protects the interests of rich people over and above those of ordinary working people’.

According to many people representative democracy is not working for them. As Colin Crouch has been arguing for over a decade, we live in a post-democracy which he argued is geared first and foremost towards protecting capitalist and property interests, rather than the interests of ordinary citizens. The financial crisis and the reaction of economic, political and media elites to this near-systemic collapse has only re-enforced this point further in the minds of the many. A recent audit of the health of UK democracy asserted in quite dramatic terms that “representative democracy is in long-term, terminal decline” (page 16-17). The authors concluded furthermore that “the power which large corporations and wealthy individuals now wield on the UK political system is unprecedented” (Ibid). It is time to break this power. At least on the basis of my survey results there is a clear democratic mandate to do so.

Acknowledgement: The survey was funded by the LSE’s Research Infrastructure and Investment Funds (RIIF), for which I am very grateful.

Note: This article gives the views of the author, and not the position of the British Politics and Policy blog, nor of the London School of Economics. Please read our comments policy before posting. Featured image credit: WEF CC BY-NC-ND 2.0 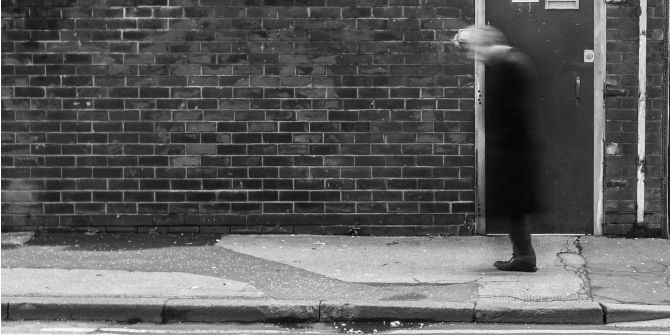