The use of food banks has been rising in the UK in the last few years. However, not much is concretely known about what is actually driving this trend. Moussa Haddad presents the findings of new research which identifies both the broader context of food bank users’ lives and the immediate triggers for their referral. The research shows that the immediate income crisis triggering food bank referral was often linked to the operation of the benefit system.

What is driving food bank use in the UK? Answering this research question is something of a challenge. There is no official data on food bank use – although the Trussell Trust does collect data on the numbers using their network, alongside reasons for referral – and no systematic evidence base telling us why people are referred for support. As a result, the question has, to date, been characterised far more by heat than light. Ministers claim that rising food bank use is simply a reflection of the increased supply of food aid; others see it as an indicator of the negative effects of ‘welfare reform’, or point to lower disposable incomes and increased food prices.

Stepping into the breach recently was a new report which sought to add to this limited body of knowledge. The first research of its kind, Emergency Use Only sets out to understand food bank use by identifying both the broader context of food bank users’ lives, and the immediate triggers for their referral. Aware of the politically contentious nature of this field of research, the project was carried out in accordance with an official government social research quality framework, and with the guidance of an advisory group of respected academic and social policy experts.

The research uses a mixed methods approach and is explicit about what it can and cannot claim. First, it draws on in-depth interviews with forty food bank users from seven food banks across England and Scotland. These were analysed using the sustainable livelihoods approach, and provide back stories to food bank use of considerable depth and texture. While qualitative work of this type could never claim to be statistically representative, the research took care to ensure that a range of food bank users were interviewed, geographically and in terms of gender, family type and size, and work status.

Second, the research analyses data on the demographic profile and reasons for referral of more than 900 food bank users. This data was collected using a standardised form filled out by food bank volunteers in three food banks between February 2014 and June 2014. Because permission was sought from users before filling out the forms, and researchers did not collect information on the proportion who agreed, the research does not claim this data represents all food bank users in these locations. Likewise, because the three food banks were selected non-randomly, the report also makes clear that the data does not represent food banks nationally.

However, the sites do represent three different types of location (post-industrial northern England, inner-city London and suburban south-east England). Furthermore, these three locations had similar referral rates to the national average, and so can be taken as typical of food banks across the country. As a result, as others have pointed out, while the sample cannot be regarded as nationally representative, it does produce results which can be regarded as indicative.

Third, the report uses in-depth analysis of the caseload of a welfare rights worker based at one of the food banks participating in the project. Analysing 178 cases allowed typologies of common benefit-related problems leading to referral to the food bank to be constructed, and offered a further way of cross-checking the data on reasons for referral. Moreover, this exercise provided insight into the changes in policy and practice necessary to resolve these issues.

So far, so good. But what does the research actually show? First, it finds that food bank users had typically experienced one or more significant crises in their life, such as job loss, bereavement, ill health or relationship breakdown. While referral to a food bank sometimes arose from chronic low income, more typically it was as a result of an acute income shock. Food bank use was generally seen as a last resort when other forms of support had been exhausted. The interviewees spoke extensively of the feelings of shame and embarrassment that food bank use evoked – while also saying that they would have been ‘bereft’ without it.

Digging deeper, the research shows that the immediate income crisis triggering food bank referral was often linked to the operation of the benefit system (affecting between half and two-thirds of those from whom additional data was collected). Key problems that food bank users had encountered included a benefit claim that had not yet been decided (28-34 per cent of cases); benefits being stopped or reduced due to a sanction (20-30 per cent); and problems with disability benefits, including money being stopped due to being found fit for work (9-16 per cent). In addition, during the course of the research it became clear that the interval between ‘mandatory reconsideration’ of employment support allowance (ESA) claims and a possible appeal, during which time no benefits are payable, was also emerging as a potential problem.

In turn, these failures were compounded by shortcomings with the ‘safety net below the safety net’. Hardship payments, short-term benefit advances and local welfare assistance – all designed to support people when other sources of benefit income fail – provided inadequate support in many of the cases. Food bank users were often unaware of these discretionary forms of support, and found them difficult to access, while only small numbers reported receiving assistance even when they had applied.

On the back of this evidence, there are some straightforward recommendations. We need to improve the awareness of the back-up systems to support incomes when they suddenly drop, and place the onus squarely on government to achieve this. We also need better communication throughout the social security system, highlighted by the fact that many people interviewed were unaware they had been sanctioned until their benefits were stopped and even then remained unclear as to why this was the case. Finally, there is much room for improvement with the systems around medical certificates and appointments for ESA.

‘Emergency Use Only: Understanding and reducing the use of food banks in the UK’ was published by Child Poverty Action Group, the Church of England, Oxfam GB and the Trussell Trust in November 2014.

Note: This article gives the views of the author, and not the position of the British Politics and Policy blog, nor of the London School of Economics. Please read our comments policy before posting. Featured image credit: Trussel Trust 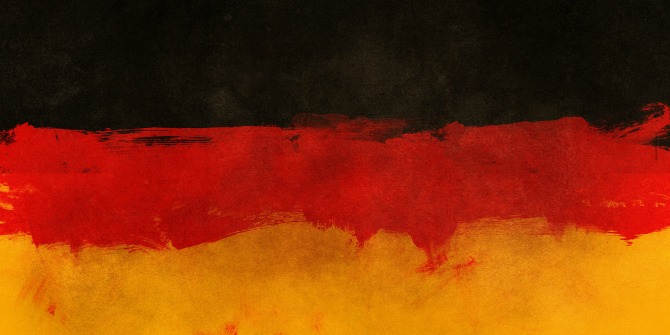 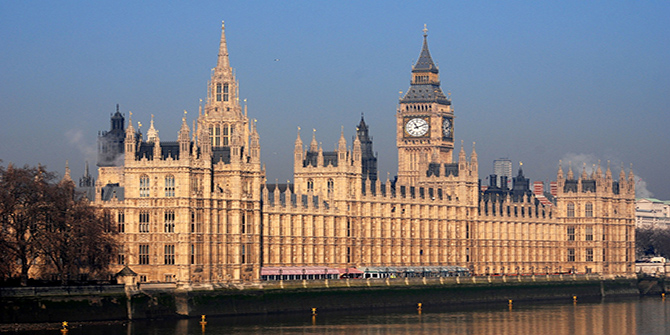