Questions about the moral character of Nick Clegg have hardly gone away since he broke his promise not to raise tuition fees. Some have defended the deputy prime minister, noting that breaking promises is an inevitable feature of politics and joining coalition government meant not all the Lib Dem manifesto pledges were realistic. But by making such an unbending statement in the first place and by seeking to benefit from it electorally, Clegg violated the reasonable expectations of a significant proportion of his voters, a decision which displays a blatant disregard for some of the most basic principles of representative politics that we expect politicians to take seriously in a democracy, writes Edward Hall.

Shortly after they formed a coalition with the Conservative party in 2010, the Liberal Democrats voted to increase the University tuition fee cap from £3,000 to £9,000 a year, in contravention of their pre-election pledge to vote against any such legislation. In their 2010 manifesto, the Liberal Democrats explicitly stated that the Party would ‘scrap unfair university tuition fees for all students taking their first degree, including those studying part-time, saving them over £10,000 each’. Moreover, they proclaimed that they had ‘a financially responsible plan to phase fees out over six years, so that the change is affordable even in these difficult economic times, and without cutting university income’.

This decision sparked significant social unrest and is widely considered one of the main reasons for the declining popularity of the Lib Dems and their leader Nick Clegg in recent years. Questions about the moral character of Nick Clegg have hardly gone away since and in the run up to the 2015 election are being made with increasing force. Indeed, the current Conservative Party challenger to Clegg in his Sheffield Hallam constituency, Ian Walker, is explicitly contesting the seat on issues of integrity and authenticity. But while nearly all of us would agree that failing to keep promises in your private life is morally problematic, others are quick to point out that it’s merely an inevitable feature of politics. If so, is it really plausible to claim that Clegg is not a politician of integrity simply because he rescinded on the tuition fees pledge?

In his book 22 Days in May: The Birth of the Lib Dem-Conservative Coalition, the Liberal Democrat MP David Laws argues that it isn’t because that judgement displays a basic misunderstanding of the options the Lib Dems faced when they negotiated the coalition agreement as the junior members of the coalition. As Laws points out, during the coalition negotiations the Lib Dems decided to prioritise four issues: the £10,000 personal tax allowance; the Pupil Premium; a sustainable economy; and electoral reform. Given that they had some success in these areas he suggests that judgements about the tuition fee vote impugning Clegg’s integrity are uncharitable, especially given the strategic constraints the Lib Dems faced which ensured that they could not implement their manifesto commitments in full. Moreover, Laws claims that prioritising other issues was a sensible judgement because it became increasingly clear that ‘huge spending cuts that would be required under any government, [and] that abolishing tuition fees without creating some other revenue stream would not be realistic’ (pp. 185-86).

So when presented with the question of Clegg’s integrity we appear to have have two options. One the one hand, we can choose to see Clegg as a classic example of the opportunistic politician who lacks integrity because he is prepared to trade on his principled commitments for the gains of government office. On the other, we can adopt Laws’ defence, and argue that the contextual reality of the options Clegg faced ameliorate criticism of his decision on these grounds.

But this dichotomy is overly simplistic. While we cannot hold politicians like Clegg to the same standards that we would hold ordinary moral agents in their private lives, this does not absolve Clegg of any criticism of his integrity. This is because the sorts of issues people like David Laws raise to excuse the Lib Dems’ conduct ignore a salient set of considerations about the nature of integrity in politics: namely, that many considerations about political integrity refer to the role-based duties that apply to politicians as politicians rather than as ordinary moral agents.

While it is not reasonable to charge Clegg with lacking integrity merely because he failed to enact one of his party’s electoral commitments (given the Lib Dems junior position in the coalition), there is ample scope for questioning his political integrity because he made the pledge in such trenchant terms in the first place. The problem is not merely that Clegg failed to display the requisite kind of political commitment to his principles but rather, that by making such an unbending statement in the first place and by seeking to benefit from it electorally, he failed to act with appropriate regard to the positional duties that apply to the political role he occupied as a leader of a political party. Hence, even if Clegg had changed his mind about the policy pledge’s merits in the months before the election (as David Laws allegedly did), or simply realised he did not possess the political capital to push it through alongside other Lib Dem commitments (as Clegg probably did not), his decision to make the pledge in such trenchant terms in the first place misrepresented the political reality his party would be in if it were presented with the opportunity to exercise power. To this extent, the pledge evinced a failure to think seriously and responsibly about whether or not the Lib Dems could promise to see through the commitment to abolish tuition fees.

As a result, even if we should not see the eventual decision to prioritise other aspects of Lib Dem policy during the coalition negotiations as an enormous violation of the deepest principles of the party, it is obvious that a decision was made to allow the rank and file, and prospective supporters (notably students), to see the pledge as guiding electoral commitment so that the party could maximise the electoral benefits of this impression.

In consequence, however we examine the decision to vote with the Conservative Party to increase the tuition fee cap, Clegg’s integrity is impugned. If Clegg genuinely did compromise one of his party’s deepest commitments to secure power, he failed to stand for his values and ideals in the way a person of integrity would. If Clegg’s defenders seek to rebuff this judgement by pointing out that the policy commitment to abolishing tuition fees was not one of his party’s guiding commitments in the first place, Clegg was still eminently prepared to violate the reasonable expectations of a significant proportion of his voters, a decision which displays a blatant disregard for some of the most basic principles of representative politics that we expect politicians to take seriously in a democracy.

There are two obvious replies to this judgement. First, Clegg’s defenders could argue that Lib Dem voters cannot sincerely have expected that the party be in a position to implement the entirety of their manifesto, with the result that the decision to trade the pledge for other aspects of the party’s programme did not violate the basic principles of representative politics. Second, Clegg’s defenders may claim that he should not be rebuked for his decision because every other leader of a political party acts in reasonably similar way during election time.

The first counter-argument has some merit because any claim about the obligations democratic politicians have towards their supporters must rest on an understanding of the “reasonable expectations” that the intended audience of their manifesto can have. When we consider the manifesto commitments of any party that is at best likely to be a junior member of coalition, we ought therefore to recognise that expecting the party to be in a position to apply their whole program is simply unrealistic. However, this defence of Clegg looks hollow because of the unbending nature of the pledge itself. If accuracy (making the effort to acquire true beliefs) and sincerity (saying what one believes) are virtues of truthfulness, as the philosopher Bernard Williams argues, the Lib Dems failed on both accounts. On the accuracy front because they could not have been confident that they could live up to the pledge given the inevitable strategic constraints they would confront as the junior members of any coalition in which they might hold political power. And on the sincerity front because, as it turned out, they manifestly were prepared to abandon the pledge.

The second counter-argument is also unpersuasive because the fact that all of the other parties routinely act in similar ways is simply irrelevant to our judgement of Clegg’s political integrity because integrity is not a comparative standard. If our democratic politics is now partially constituted by the making of such pledges in the run up to elections and the breaking of them when the time comes to govern, this does nothing to ameliorate the judgement that such insincerity is corrupting of our politics. One thing we ought to hope for from any discussion of integrity in politics is a critical standard. As a result, an account of political integrity which urges us to see the failings of our democratic politics for what they are should not be chided.

Edward Hall is Lecturer in Political Theory at the University of Sheffield. 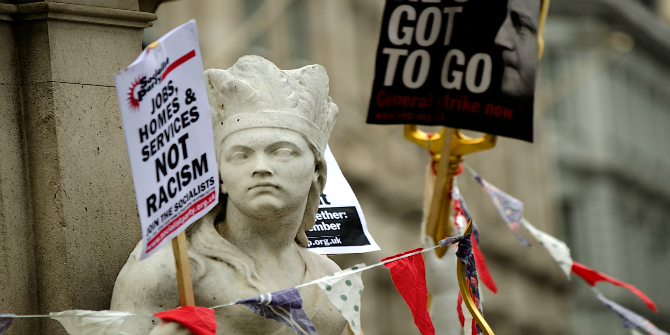 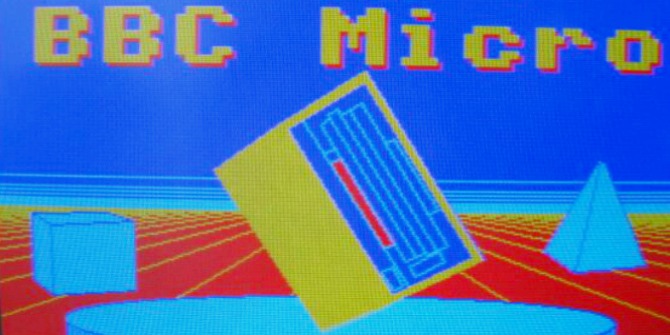