Has the rapid influx of international students into UK universities over the past two decades reduced or expanded the number of places available for domestic UK students? Stephen Machin and Richard Murphy find that domestic undergraduate numbers have been unaffected while domestic postgraduate numbers are up.

Over the past 20 years, the total number of overseas students in UK universities has quadrupled. There are now 266,000 full-time international students in the UK – and that number excludes a further 110,000 from the rest of the European Union (EU) who are counted as home students for financing purposes.

The postgraduate sector has seen the biggest growth in overseas students in terms of both proportions and absolute numbers. There are now over five times as many overseas postgraduates on taught courses as there were in 1994, an increase from 28,000 then to 140,000 by 2011/12 (see Figure 1). They represent 48% of students on masters programmes – and 60% when including non-UK EU students.

Overseas students bring a considerable amount of money into UK universities in the form of higher tuition fees. The fees overseas students contribute well over a tenth of the total income of the higher education sector. Moreover, their tution fees make up 39% of all fee income despite only accounting for 15% of all student places.

Figure 1: Growth of full-time students by level and domicile in UK higher education 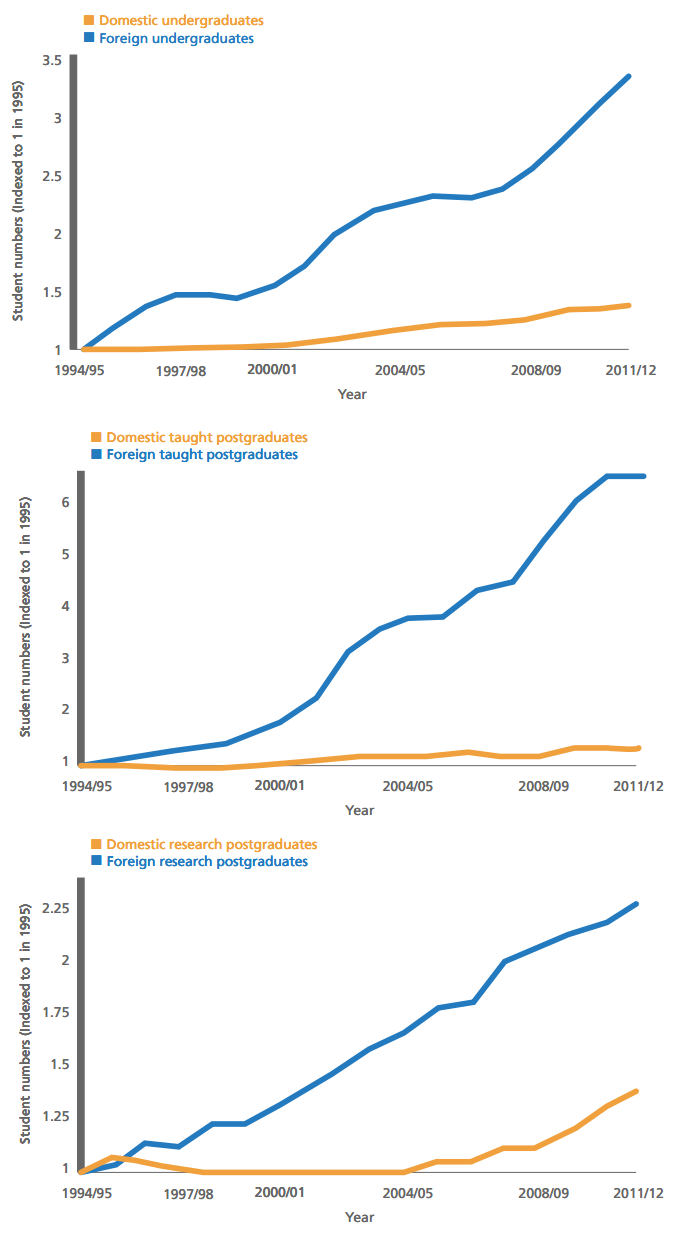 This question is important not only in the UK. The number of international students globally has increased rapidly with 4.3 million currently registered as studying abroad. Universities in English speaking countries, such as Australia and the United States, have been in prime position to recruit these students as they are generally considered to be of a high quality and English is the lingua franca of business and academia. Thus, the UK ranks second after Australia in the percentage of enrolled university students who come from overseas; and second after the United States in the total number of students.

This is not unlike the approach taken in studies of immigration and the labour market, where researchers look for possible displacement of native workers by immigrants. But as with labour markets, we need to be careful about outside factors that may affect the numbers of both domestic and international students and so potentially bias the correlations.

For universities, these factors may include new buildings or university rankings, which can affect the supply and demand for places for both domestic and overseas students simultaneously. This would typically lead to an upward bias to the results as both would be positively or negatively affected by the same ‘shocks’. To address this issue of common university shocks, our research looks at the variations caused by factors that would only affect the number of overseas students.

But we do find a positive relationship with taught and research postgraduate students. For each additional overseas student attending a university, we see approximately one additional domestic student. This is evidence indicating that universities use the additional fees from international students to subsidise postgraduate places.

The second source of variation we use is a change in China’s visa rules for its citizens, which made it considerably easier for students to fund their studies abroad. These reforms, which took place in 1999, are reflected in the total number of Chinese students, which doubled each year between 1999 and 2005. Chinese students also appear to have a strong preference for business and management subjects (see Figure 2). The number of Chinese students taking these subjects, which could be counted in tens until the late 1990s, had increased to 15,000 by 2005 and 30,000 by 2012. 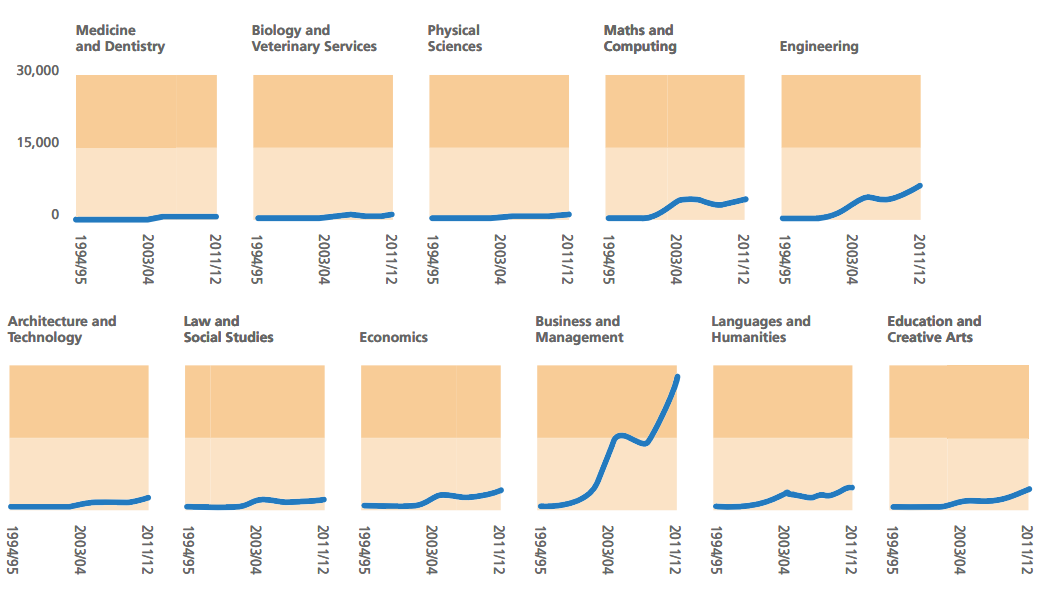 So why have the undergraduate and postgraduate numbers reacted differently? The likely explanation is that throughout this period, the government had strict quotas in place on the number of undergraduates a university could take. Indeed, universities could be fined if they exceeded their maximum student allowance.

Our findings constitute suggestive evidence that these quotas have impeded undergraduate growth. Despite this, the increased number of overseas students combined with their higher than average fees would still have resulted in higher funding per domestic student. For postgraduates, who had less restrictive quotas or none at all, increases in the number of overseas students in a department were associated with more places being taken up by domestic students.

This article originally appeared on the LSE’s Centrepiece magazine and  summarises ‘Paying Out and Crowding Out? The Globalisation of Higher Education’ by Stephen Machin and Richard Murphy, CEP Discussion Paper No. 1299. 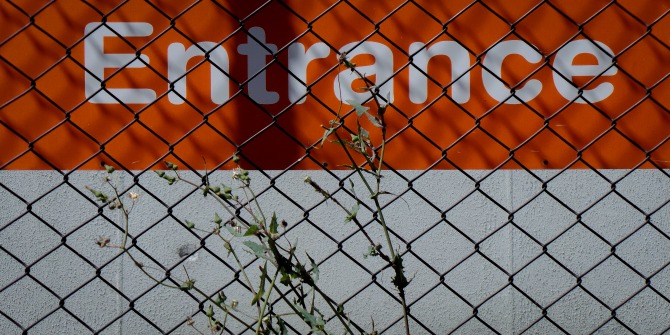