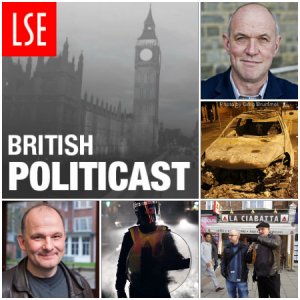 In the first episode of the LSE British Politicast, we take a closer look at the Riots of 2011. This podcast looks back on the riots, presenting sociological and criminological perspectives on why they happened and what, if anything, can be learned from them. Tim Newburn, Professor of Criminology and Social Policy at the LSE, talks about his award winning research project Reading the Riots, which aimed to examine in detail at who was involved, the extent and nature of their participation, and their accounts of what prompted or motivated their actions. Les Back, Professor of Sociology at Goldsmith’s College walks us through Catford, London, which along with the surrounding area of Lewisham, caught the attention of the national media when its multiple shops were raided and destroyed in the riots. He notes how today’s disaffected youth experience an “intense sense of the present”.

Anatomy of the Catford Riots is an interactive Google Map with links to slideshows and extra content from Les Back’s interview as well as a collection of videos taken during the riots on 8 August 2011.