Taken how often we use the term, we need to be more accurate in who/what we call populist, writes Luke March. In this analysis he defines the term and explains why, despite what is often said, there is no populist upsurge in the UK. 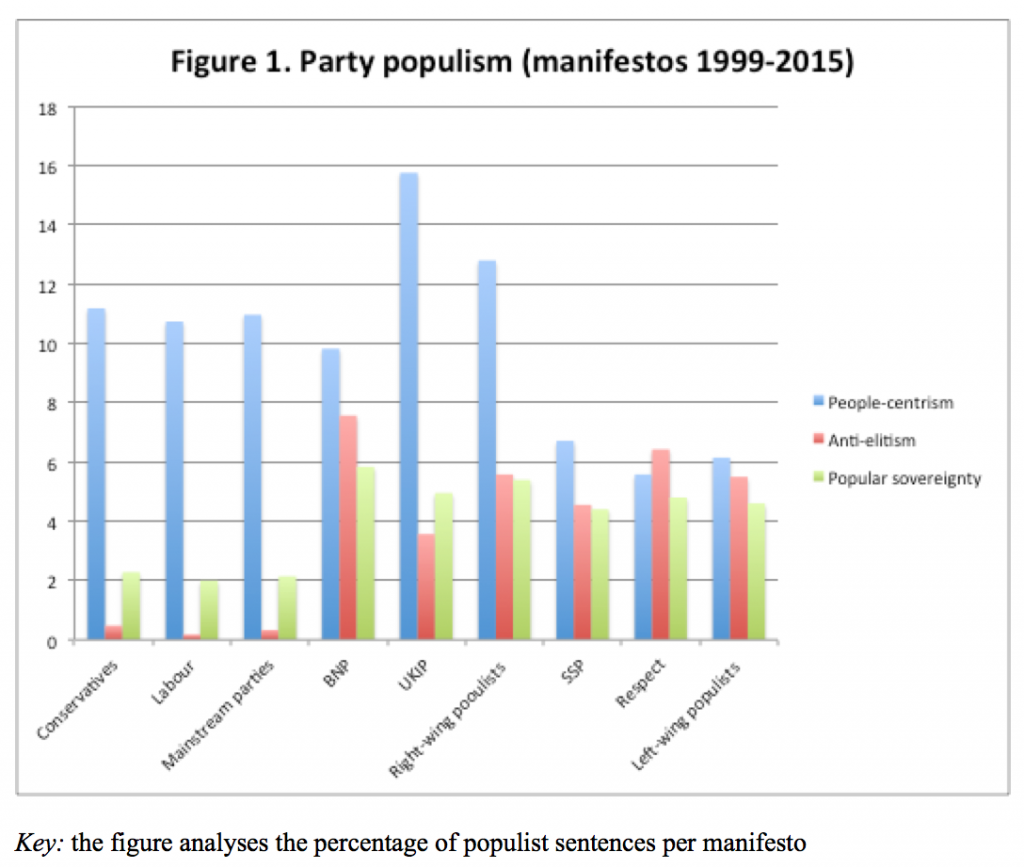 Certainly, the 2017 election campaign shows more continuity than change, not least because of the demise of UKIP and the Conservatives’ un-populist (and unpopular) campaign. Although Jeremy Corbyn is often portrayed as a left-wing populist, the 2017 Labour Manifesto contains only a handful of invocations against the ‘rigged system’, and its central slogan (‘For the Many not the Few’) is authentically Blairite. So seeing Corbyn as a populist is, at best, a half-truth.