Could Public Service Mutuals fill a gap in the public service market? Andrew Laird writes that, because they look to take the best from the public and private sectors, they empower staff to use their judgement on the one hand, and encourage service users to influence the services they use on the other. He explains how they could be implemented.

It’s difficult to say where we are on domestic public service reform right now. Brexit was always going to take up huge amounts of parliamentary and ministerial time – but with a narrow governing majority reliant on the perennially negotiating DUP, will public service reform stall entirely?

In some areas it may well do but one area where progress is both possible without new legislation and also highly desirable is the roll out of public service mutuals. The Conservative Manifesto (although admittedly now a document with limited currency) was clear in its support for more mutuals. In principle this is supported by the DUP whose own manifesto called for “alternative models of service delivery such as increasing the use of social enterprises”. So there is a mandate of sorts to press on with encouraging and exploring new models that don’t fit neatly in the traditional “in-house” or “out-source” boxes.

There are well over 100 groups of staff who have already taken the decision (with support from their commissioners) to move their service out of the traditional public sector structures to a more flexible, often staff/community owned social enterprises – usually referred to as public service mutuals (PSMs). This is a relatively new form of public service delivery in this country so there is limited robust performance evidence. But there is a wide range of local instances which shows that these models can perform very well.

PSMs make sense at both a micro and macro level

At a service (micro) level, there are plenty of studies which show more engaged staff take more responsibility and accountability, show greater commitment, and take fewer sick days  (see the work of the Mutuals Task force). As a result staff are more productive but PSMs are also a fantastic way to reduce the gap between bosses and workers.

In the public sector, the gap between bosses and frontline staff is as big as anywhere else in the economy –bigger in some cases. In the NHS, we’ve seen the awful results of hospital managers being totally disconnected from what’s going on with frontline staff. The reason is that traditional methods of delivering public services (either in-house delivery or out-sourcing to large-scale, private sector providers) do not always allow the easy alignment of the needs of managers, frontline staff, and service users. Both of these methods have strengths. The public sector brings a strong public service ethos (most of the time) and the private sector focuses on delivering value for money (most of the time) – but both seem to lack something the other has and neither particularly make staff or service users feel in control. PSMs look to take the best from both of these and genuinely empower staff to use their professional judgement, and service users to influence the services they want to see – at a local level this can be incredibly powerful. 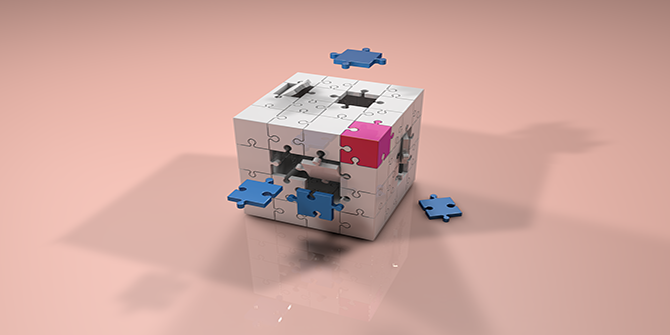 So what about the overall market place (macro) impact of PSMs? Until relatively recently, you would have been forgiven for assuming that the debate on the role the market should play in public services had been largely settled in favour of the principles of choice and competition – albeit within some form of framework. All the major political parties accepted (to varying degrees) that choice for consumers and a mix of public and independent providers were good things. The debate had moved onto exactly what shape the various markets should take. For example, there were interesting discussions developing around how open the schools market should be and also around how the public and private sectors could work better together in health and social care. This orthodoxy is being challenged now with both of the main political parties moving to the left of their previous positions in respect of free markets.

My view is that this shift increases the relevance of PSMs. They have a natural balancing effect as they are much closer in nature to both traditional in-house delivery and private sector outsourcing than those two extremes are to each other. As the sector grows and PSMs become a realistic and well-established option for services, it will force in-house delivery to become more entrepreneurial and commercially minded. Their presence as an option for commissioned services will also make it very difficult for private outsourcers to ignore their wider social impact. So the macro effect could be wide-ranging.

Enablers which could/should support the spread of more PSMs

Firstly, devolution as a mechanism to enable continued public service reform at a time of central government uncertainty. The Brexit negotiations will undoubtedly overshadow domestic policy and public service reform for the foreseeable future. Secondly, in a hung parliament, even the most uncontroversial legislation will require careful and time-consuming lobbying and management. There will be unavoidable uncertainty around the future of the Conservative Party on which each Minister and MP will want to have their say. All of this will make quick progress on public service reform difficult.

In order to avoid this increasingly regular paralysis, I would argue that we need to be devolving as much power and responsibility as possible to local areas. So far, deals have been struck in nine places including the seven areas that now have elected mayors (including London). Local areas should prioritise developing their own local public service market place – and as part of this, support more PSMs.

Secondly, we have a new Minister with responsibility for mutuals within the Department for Culture, Media and Sport. So all is certainly not lost on the domestic public service reform front – and for mutuals in particular the prospects look reasonably good. It would be a disaster if we got to the end of this Parliament and had nothing but Brexit to look back on.