The United States expelled 35 Russian diplomats at the end of December over claims that Russia had interfered in the US election. But is Russia’s strategy in the West really having a tangible impact on political outcomes and, if so, how should the West respond? Linda Risso writes that the West’s apparent weakness to Russian influence stems from a lack of political, economic and cultural cohesion, alongside a lack of direction when it comes to organising our multicultural and multi-ethnic societies.

With an unclassified US intelligence report indicating that Russia sought to help Donald Trump win the presidential election, ‘Putinism’ is now on everybody’s lips. Vladimir Putin, Russia’s President, has been portrayed more widely as a puppet master orchestrating wide-ranging cyber operations, surprise military exercises, and propaganda campaigns. The Economist recently published a special report that puts Putinism in context by placing it within the demographic, cultural and societal development of Russia since the fall of the Soviet Union. The overall picture is that while the man himself keeps his cards close to his chest, his track record shows he has a good eye for identifying the West’s weaknesses, and a natural gift for finding new ways to sharpen divisions and to widen the gaps within the West.

At a more profound level, Russia’s actions are seen as capitalising on the internal divisions of western societies. It exploits fears of globalisation and immigration, it foments resentment against ethnic and religious minorities, and it encourages criticism against established political parties as cosmopolitan urban elites that have allegedly lost touch with the real problems faced by real people. In other words, Russia wants the West to turn on itself: public against elites, religious and ethnic groups against each other, elites against experts, countries against their neighbours. A divided West is less clear about what it stands for and less eager to step in to protect its values and its allies.

There’s a distinctly active element to this strategy. For example, Buzzfeed has uncovered the extent to which Italy’s anti-establishment Five Star Movement have built up a network of websites and social media accounts to spread fake news, conspiracy theories, and pro-Kremlin stories to millions of Italians. Elsewhere, Marine Le Pen’s traditionally strapped-for-cash National Front, which feeds on a similar anti-establishment and populist platform, allegedly received a multimillion euro loan from Russian banks to finance its presidential and parliamentary campaigns in 2017.

Where anti-establishment movements are less powerful, Russia plays an altogether different kind of game. Markku Mantila, the head of the Finnish government’s communication department, has stated that they are becoming increasingly worried about Russian questioning of the legality of Finland’s 1917 independence. In the Baltic Republics, there is widespread concern about Russian media coverage galvanising Russian minorities within their own borders.

In parts of the Balkans, Putin is also enjoying strong support. As Dimitar Bechev explains, Russia knows how to make highly symbolic gestures: blocking a UN Security Council draft resolution describing the 1995 Srebrenica massacre as genocide, or abstaining from a UN vote to extend the mandate of the EU’s peacekeeping mission in Bosnia, EUFOR. The real significance of taking a stand on these issues is negligible, but it goes a long way toward ensuring the support of nationalist-minded Serbs and sewing divisions and tensions in the Balkans.

According to Andrew Parker, the incumbent head of MI5, Russia’s propaganda machine poses a real threat: troll farms, running around the clock, allegedly use social media and blogs as part of a continuous attempt to disrupt and manipulate news reporting. The head of Germany’s BND foreign intelligence service Bruno Kahl recently argued that Europe, and Germany in particular, are the primary focus of Russian cyberattacks.

Brexit is a slightly different story. It is not Russian-made, but it is definitely playing into Russian hands. Brexit absorbs the British government’s energies and attention, and a high proportion of Westminster resources are focused on the technicalities of triggering Article 50 and on new trade deals. On the continent, Brexit galvanises Eurosceptics and builds on the frustration of those who feel that they have been ‘left behind’ by globalisation. All this at a time when Europe faces the most challenging migration crisis since the end of WWII, and needs to navigate through a phase of deep economic transformation.

Different countries, different strategies. Yet, the pattern is the same: divide, undermine and embarrass the West. So what should the West do? Should we be concerned? Contrary to the logic of the Cold War, Russia today does not embody an alternative economic and political ideology. Rather, Putin fights for the survival of his government, which he feels is the only one in a position to ensure the future of Russia. If the West is weak and divided, if Russians see it as morally corrupt and politically chaotic, Russia’s own shortcomings are less marked. Once again in Russian history, foreign policy is primarily a tool for the control of power at home.

Ultimately, Putin is playing a rather old-fashioned power game, admittedly with an interesting mix of old and new tools. Internet trolling, fake news, cyberattacks, support for extremist groups, and even links with mainstream political parties, are all part of a coherent strategy to expose the idiosyncrasies and hypocrisies of the West and to widen existing rifts.

An essential point to keep in mind is that despite Putin’s bravado, he is not a gambler. In fact, he is considered a rather cool-headed pragmatist who – in the good Russian tradition – respects power when he sees it. When faced with a strong stand, Putin adapts, and circumvents the obstacle. He does not push tensions to a point of no return because he knows Russia’s inner weaknesses.

As Putin will nudge until he finds resistance, the West must show that it remains committed to defending itself, on all levels. NATO’s commitment to increase its military presence in the Baltic Republics goes in the right direction. However, western governments should never forget that all Russian leaders have always been sensitive to anything that can be perceived as a provocation and humiliation. Political and diplomatic dialogue must remain at the top of the agenda and they must go in tandem with a strong military presence. And this must happen not at ambassadorial level, as NATO prefers, but at the level of heads of states, which is the only one Putin – and all Russian leaders before him – recognise as worth pursuing.

But it is essential to understand that the West’s weakness is born out of our own lack of political, economic and cultural cohesion, of our patchy understanding of the consequences of long-term geopolitical shifts like globalisation and massive migration, and of our lack of direction about how to organise our multicultural and multi-ethnic societies. Edward Lucas – one of the most influential Kremlin observers – has argued that while the West is not militarily or economically weak, it is “weak willed”. The West does not have a convincing narrative of what it stands for and why: we stand up for democracy but we do not know to what extent, for example, the right to free speech should be restricted to ensure that all groups are represented but not threatened.

In order to be able to respond effectively to Russian trolling, it is not sufficient to silence the trolls themselves. Governments and civil society must put forward a strong narrative of what it means to live a western democracy today. Schools and universities must teach students how to deal with the information they find on the internet, how to recognise reputable sources and how to know the difference between being entitled to an opinion and understanding the value of expertise, evidence-based thinking and adopting a long-term perspective.

Linda Risso is an expert on the history European defence and security in the 20th century based in the Institute of Historical Research at the School of Advanced Study (SAS), University of London. Her research focuses on the historical development of the European Union and of NATO, and – more broadly – on the legacies of the Cold War on today’s security and strategic thinking. She is on Twitter @LindaRisso 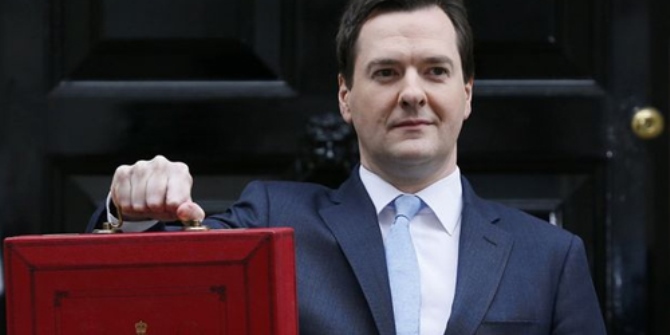 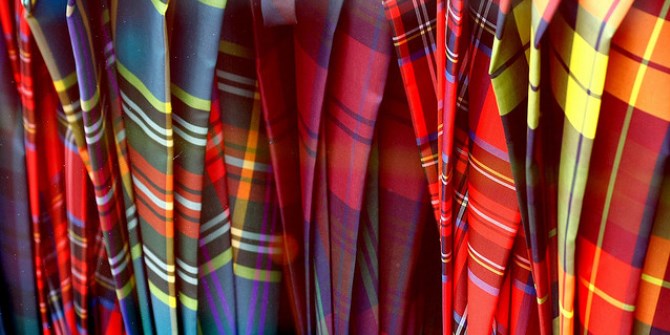