With polls indicating the independence referendum is neck and neck, Eve Hepburn writes that regardless of the outcome there must be radical change. Many Scots who will vote ‘Yes’ will do so out of concern with the democratic deficit in current UK political structures, the gradual erosion of the welfare state, and the need to create a fairer, more just society. A ‘No’ result would still constitute a powerful mandate for constitutional change, albeit within the structure of the UK state.

With only three days left to go, the result of the independence referendum in Scotland balances on a knife-edge. The latest ‘poll of polls’ has put the ‘Yes’ and ‘No’ camps on a virtually even split at 49 for yes: 51 for no (with one poll even putting the Yes camp ahead by 8 points). The British political establishment, shocked to the very core at the realisation that Scottish National Party (SNP) leader Alex Salmond may very well have his dream of independence come true, have thrown all of their efforts into a last-ditch attempt to save the Union. All three UK party leaders have flown (separately) to Scotland to make the case that the country is ‘better together’ as part of the UK, with promises of an accelerated timetable for transferring more powers to Scotland. The question for many Scots is: are these pledges enough?

Most pollsters have declared that the referendum is ‘too close to call’. Which means that we will have to wait until the wee hours of Friday morning to see if ‘Team UK’ has managed to win back its Scottish unionist supporters. But we can already make a few assumptions about ‘what went right’ and ‘what went wrong’ in the event of either a yes or a no result on the 18th September.

If it’s a ‘No’ result, it will likely be by a small margin. That would mean that almost half (let’s say 45 per cent) of Scots favour independence, with most of the other half that voted ‘No’ seeking enhanced powers for the Scottish Parliament. A ‘No’ result would therefore still constitute a powerful mandate for constitutional change, albeit within the structure of the UK state. This is what the UK party leaders have promised, and would probably be the main reason why people swayed towards ‘No’ on Thursday. (The other main reason would be fear about economic dislocation following a possible ‘Yes’ result, which pollsters have revealed is a key factor in people voting ‘No’.) David Cameron, Ed Miliband, Nick Clegg and even Gordon Brown have set out a timeline for implementing a new legislative framework for devolution, with a proposed Scotland Bill by January 2015. This would see Scotland gaining the ‘devo-max’ option (with enhanced fiscal and welfare powers) that Scottish voters overwhelmingly wanted prior to the referendum being called, and which many civic organisations campaigned to have on the ballot as a ‘third option’ in the first place.

And what would it mean if Scots voted ‘Yes’ on Thursday? Contrary to many analyses, it would not mean that Scotland has entered a tribal nationalist fervour. As SNP supporters aren’t numerically sufficient to win a ‘Yes’, it would mean that a large minority of Labour supporters had abandoned their party and swung towards the ‘Yes’ camp. It is important to emphasise that theirs is not a nationalist call to arms. Rather, Labour ‘Yes’ voters (and the undecideds) are more concerned with the democratic deficit in current UK political structures, the gradual erosion of the welfare state, and the need to create a fairer, more just society. If it’s a ‘Yes’ on Thursday, Labour supporters must have felt that these social and political goals would be more easily achievable in an independent Scottish state than in current UK structures.

This would come as a huge blow to the Labour movement in the UK. As many ‘Better Together’ Labour supporters have emphasised, the concerns of Scottish voters about the London-centric nature of UK politics and the privatisation of public services are also shared by people in Yorkshire, Newcastle, Birmingham, Cardiff. Some have even joked about parts of northern England joining Scotland in the event of a ‘Yes’.

These issues – of democracy, of welfare, of creating a better, more caring society – are at the core of the referendum campaign. They are the things ordinary folk are talking about – not just in Scotland, but across the UK. And regardless of whether it’s a ‘Yes’ or a ‘No’ vote, the answer must be radical change. If it’s a ‘No’, UK party leaders mustn’t only listen to the demands of Scots in wanting more accountable institutions in Scotland. They must also listen to voices in England, Wales and Northern Ireland that have been galvanised by the Scottish referendum in their demands to create a fairer, more democratic society. And if it’s a ‘Yes’, there are clear lessons for both sides. For the rest of the UK (rUK), the loss of Scotland means that change will ultimately happen. But rather than a top-down elite consensus, the future shape of rUK must involve ordinary people and civic society, and must consider every option from citizen assemblies to regional devolution.

And as for Scotland? It will undoubtedly be a time of immense uncertainty – on the currency, the economy, the oil reserves, defence, NATO and EU membership. The SNP must rally together all parties – including the unionists – in negotiating the risks, opportunities and challenges of independence statehood, building a vision of a better Scotland, and overcoming divisions in society. But the main message from ‘Yes’ supporters – and especially pro-independence Labour voters and the undecided – to the Scottish Government is: ‘okay, you’ve convinced us that Scotland – and our lives – will be better with independence. Don’t let us down.’

Note: This article gives the views of the author, and not the position of the British Politics and Policy blog, nor of the London School of Economics. Please read our comments policy before posting. Featured image credit: K. R CC BY 2.0

Eve Hepburn is Senior Lecturer in Politics in the School of Social and Political Science at the University of Edinburgh. 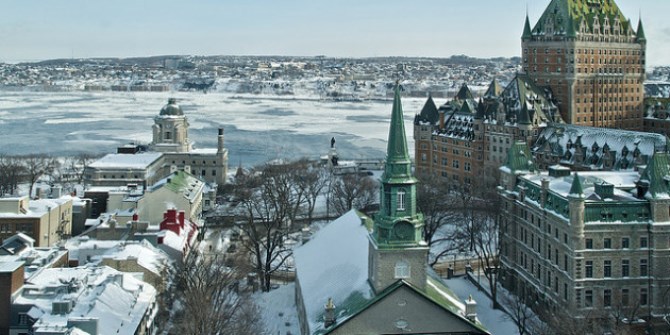