Abby Innes explains how the current financial incentive framework is stacked against any traded company that tries to care about climate change. She warns that without government regulation, the economy’s most regressive financial actors will continue to punish those who invest for the future.

When the Conservative Government insists that traded corporations and investment funds should be left to self-regulate around the climate emergency they should recognise that the only arguments supporting them are the theories that gave us the Global Financial Crisis. But if the crisis taught us anything it was that unregulated financial markets are not, in fact, rational in the face of future risk.

The intellectual roots of the Global Financial Crisis of 2007-2008 lay in two particular neoclassical economic arguments from the Chicago School: for ‘rational expectations’ and ‘efficient markets’. Both theories sit at the extreme end of deductive theoretical abstraction in economics. Robert Lucas’s model assumed that everybody knows exactly how the whole economy works: they all have the same (correct) mathematical model in their heads, hence their expectations and actions are rational. It was likewise in the purely hypothetical world of perfect rationality, predictable economic dynamics, and completely informed economic agents that Eugene Fama could assume that prices in capital markets always reflect true asset values because competitive pressures force market participants to make optimal use of available information, avoid systematic errors in their forecasting, and update their expectations rapidly in the face of new evidence.

These ideas were enthusiastically embraced by the financial markets because they justified self-regulation. Governments should require informational transparency between market participants but beyond that they should allow markets to play out their wisdom undisturbed. These assumptions are obviously utopian, but that’s because they are rooted in thought experiments that should never have obtained the status of the ‘real’. Neoclassical economics is built on metaphors from Newtonian mechanics but to deploy that mathematics theorists need to make human agency predictable. The dynamics of our actually contingent, complex, and always evolving political economy have to be re-drawn with the axiomatic features of a machine. To make reliable models of the future you would need data from the future, but since this is impossible neoclassical economists assume that to sample trends from the past is the same thing. To believe this you have to assume that all future movements and changes in the economy are already predetermined by the fundamental real parameters of the system and these cannot be changed by human action.

In the real world the parameters of the global political economy are being changed every day by the accelerating ecological crisis. This is not a world of calculable risk in a closed system, but of radical uncertainty in an evolving system that depends wholly on the biosphere. The doctrine that we need to apply is the precautionary principle, which declares that you act urgently to prevent ruin. Incredibly, UK government continues to prefer the efficient markets hypothesis. 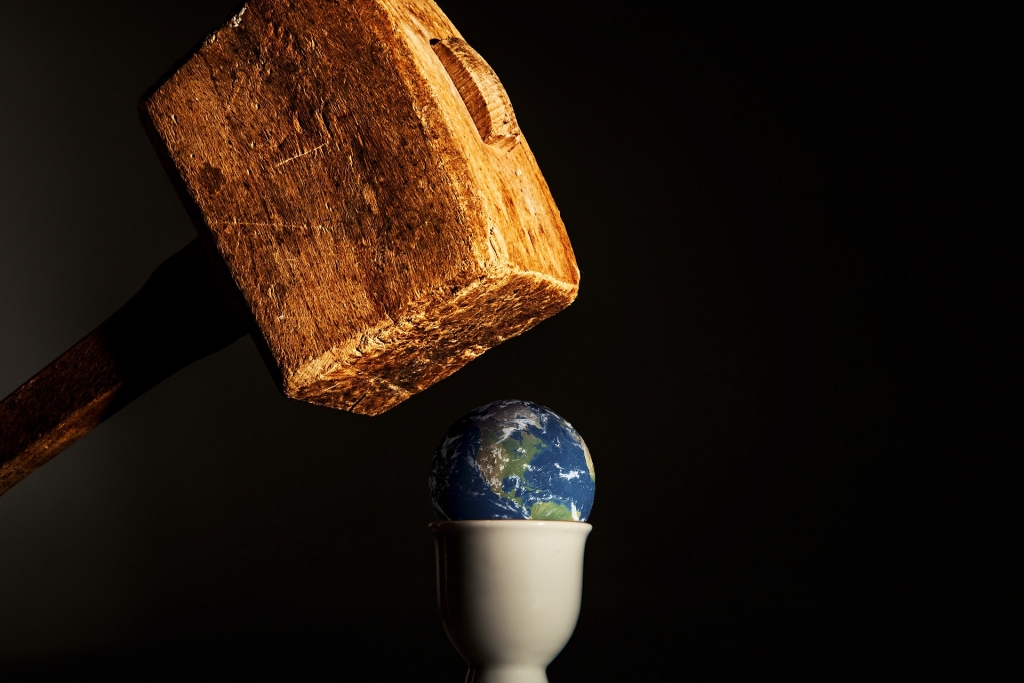 Still operating within the doctrine that the private sector should be a reserve domain, ‘unburdened’ by the state, the current debate is stalled between government, parliament, and the regulatory authorities on the question of whether reporting should remain voluntary or mandatory. The Companies Act 2006 and further 2013 regulations require the Directors’ Business Report of traded financial or non-financial firms to include impact of business activity on the environment, but in reporting terms only. No external verification is required around the quality of this reporting and investors can respond to it as they choose. If we recall that even the market-fundamentalist efficient markets hypothesis required that government enforce corporate transparency for markets to function, it is apparent that the current debate about mandatory versus voluntary reporting is whistling down the wind. When the IPCC gives us twelve years to act to prevent catastrophic climate change we cannot afford this degree of delusion.

2018 research showed that 52% of firms in the FTSE 100 failed to provide adequate assessment of climate risk to their business: that’s assessment, not action. More than a quarter didn’t acknowledge it as any kind of risk. In the FTSE 350 environmental issues were identified as a principle risk by 38% of discretionary, 73% of energy, 54% of industrial and 37% of IT companies. But those risks were represented in the business’s Key Performance Indicators in only 29%, 20%, 39% and 21% of these companies respectively.

A Financial Stability Board was founded in 2009 in response to the financial crisis. It brought together senior policy makers from finance ministries, central banks, and regulatory authorities from the G20 plus Hong Kong, Singapore, Spain and Switzerland. At the G20’s request in 2015 the Board established a private-sector, industry-led Task Force on Climate-Related Change Financial Disclosures, with a mandate to develop consistent, comparable, clear and reliable disclosures around climate-related financial risks for companies, which they did. The resulting framework is… voluntary. By 2018 only 15% of FTSE 100 companies reported in line with TCFD requirements. Having said that, 100% of FTSE 100 electricity, gas, and oil companies are fully aligned with the TCFD recommendations. Hydrocarbons are actually the standout sector. The bottom line is that you can be fully compliant with current international regulatory best practice and still be the most destructive companies on earth.

On the finance side there are likewise no legal requirements on fund managers, sell-side researchers, credit rating agencies or investment consultants to review corporate disclosures with a view to systemic environmental risks or to advise investors on the implications for portfolios. In practice, the dominant culture of financialisation – the maximisation of shareholder value and the manipulation of stock buybacks to hike up the share price – continues to drive traded companies to maximise profit-taking while minimising investment to an unprecedented degree.

Successive UK governments have encouraged business ‘to care’. But the current financial incentive framework is stacked against any traded company that tries to. The unbridled power of investment funds is immense. In 2016 BlackRock had assets under management of €3,844 billion, equivalent to the GDP of Japan. Vanguard ran €2,577bn, close to UK GDP. State Street (€2,023bn) tracked the GDP of India. Invesco and Legal and General, the largest UK based asset managers (€654bn) equalled Turkish GDP.

Note again, these resolutions are typically about risk reporting. These three funds are the largest investing block in 88% of S&P 500 firms. They vote aggressively but invest passively: they don’t attend to a firm’s fundamentals but track prices in a market-weighted index, supposed to enshrine all information but in reality misdirected by financialisation. Mirroring US practices, British investment funds rank worst in Europe for climate change impact and assessing the investment risks of global warming. In the UK, assets under management stood at £7.7 trillion by the close of 2018.

Concerned by the lack of environmental stewardship even in pension funds, the UK Environmental Audit Committee ran an inquiry in 2018 into Greening Finance. This concluded that the structural incentives around short termism constituted a significant systemic risk. In November 2018 the Conservative government nevertheless refused the recommendation to make climate risk disclosures mandatory. They insisted that it was sufficient that companies had the choice to comply. The result is that nobody within this reserve domain is held to account for their massive contribution to the ecological emergency. Moreover, the Financial Reporting Council (responsible for the oversight of statutory audit) seems unwilling to clampdown on failures to disclose within the existing rules.

In the meantime, the experience of Unilever demonstrates how inadequate risk reporting would be even if it operated with integrity. In 2010 the Anglo-Dutch multinational, struck by a consumer boycott, launched a Sustainable Growth Plan in which it committed to cut its environmental impact in half by 2030, improve the inclusiveness and equality of its employees, and to improve the lives of 1 billion people by 2020. Unilever ended coal use and was first among food companies in Oxfam’s ratings on land and water usage and women’s rights.

To do all this Unilever prioritised investment over dividends and quarterly reporting and hence it ‘underperformed’ on the FTSE insofar as it failed to constantly increase its dividend pay-out. Its strong fundamentals combined with the depreciating pound under Brexit made Unilever subject to an aggressive, debt-funded takeover bid by Kraft-Heinz in 2017, backed by Warren Buffett and the equity fund 3G. 3G’s standard strategy for transforming its acquisitions had been to cut costs, jobs and raise profit margins. Kraft-Heinz announced it intended to hit a 30% margin by 2019 and Unilever could only fend off the bid by promising to increase margins and profitability from 15.6% in 2016 to 20% by 2020 to reassure its stockholders.

As things stand then, a contemporary multinational can not only disclose its exposure to climate risk but can actively make a branding virtue out of a commitment to radically reduce it. The response from financial markets will be to force the CEO back into conformity with the prevailing norms of short-termism.

Responsible traded corporations and investment companies are calling for government to regulate so that the economy’s most regressive financial actors can no longer punish those who invest for the future. Meaningful intervention would mean mandatory reporting for asset managers and owners at least in line with France’s original Article 173; a predictable and steeply rising carbon tax to create certainty; the institution of stakeholder representation within corporate governance to reverse the self-cannibalising trends that have come with maximising shareholder value, regulations on best available technologies and interventions in the market for corporate control, as used to occur, to protect industries of strategic importance.

The irony is that without our crippling interventions the biosphere is an extraordinary natural system of self-regulation. Financial markets have no such natural history and governments need to wake from the corrupted theoretical fantasy that they have.

Abby Innes is Assistant Professor of Political Economy at the LSE. Her recent publications include ‘The new crisis of ungovernability’, in Brexit and Beyond: Rethinking the Futures of Europe; Draining the swamp: understanding the crisis in mainstream politics as a crisis of the state; and Corporate state capture in open societies: the emergence of corporate brokerage party systems. Her current research includes work on UK climate change policy. 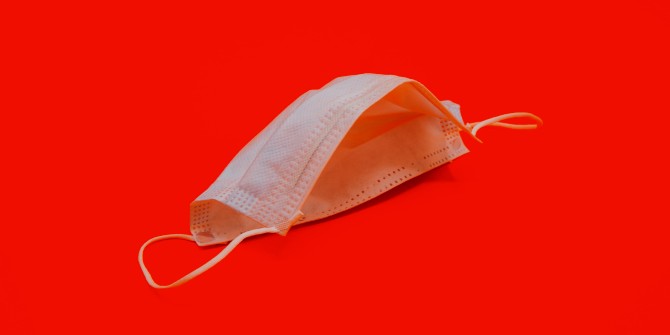