Jessica C. Smith discusses the gender dimension of the government’s latest reshuffle. She concludes that levelling up representation is not just about numbers – which are still far below parity – but also about diverse women’s views being visible in policy discussions and outcomes.

The recent Cabinet reshuffle saw the usual headlines of a ‘slew of white men‘ and the ‘march of the women‘ as we were told that Boris Johnson wanted to ‘level up’ representation at the Cabinet table and bring more women forward. As the dust settles on Johnson’s long rumoured reshuffle has representation really been levelled up?

Despite Johnson’s promise, as is often the case, the numbers seem to not match the rhetoric. The Sutton Trust shows significant failings in terms of class in the new Cabinet, with 60% shaving attended an independent school. In terms of women, there is a more mixed bag. The number of women in Cabinet has gone up from six to eight, with 27% of those attending Cabinet being women, compared to 22% before. We saw some significant appointments with a female Foreign Secretary for only the second time, meaning that two women now occupy two of the ‘great offices of state’ for the first time since under Theresa May. 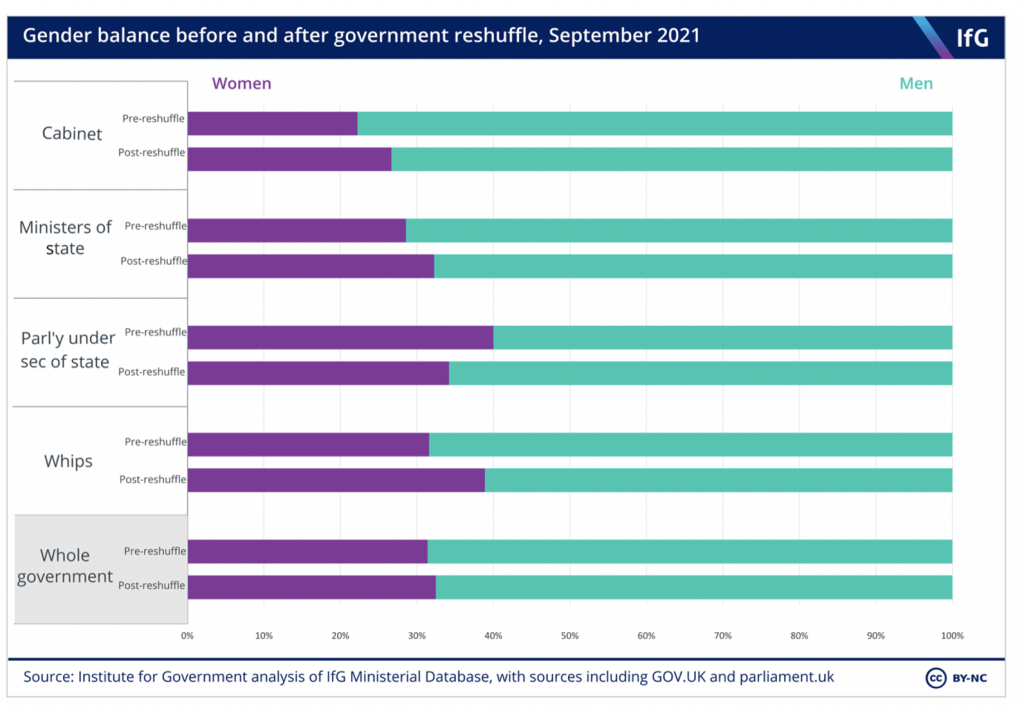 However, there has been no real change in the share of women in government overall, with an increase of only one percentage point – from 31% to 32%. Representation around the Cabinet table remains far below the ideal of gender parity, which has been reached in countries such as Canada, Chile, Germany, and Spain. Pledges from aspiring prime ministers or leaders have been the force for change in increasing the women in Cabinet recently so we should be concerned that despite making such pledges, Johnson has not delivered.

Research on gender and cabinets has found an informal ‘concrete floor.’ To avoid criticism, succeeding prime ministers or presidents match or surpass the number of women appointed by their successor, thus creating a ‘concrete floor’ of a minimum number of women in Cabinet. Yet, Johnson has failed to meet the concrete floor set by Cameron who reached his pledge of a third of women in Cabinet in 2015. Johnson’s numbers have dipped well below this at 22% and then 27% women, only just matching May’s final Cabinet. 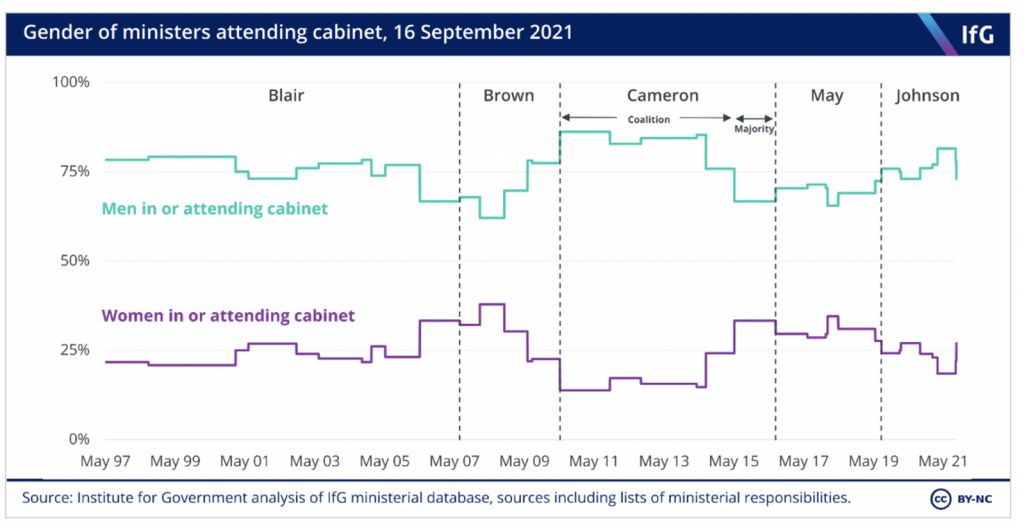 Nevertheless, the appointment of Liz Truss as Foreign Secretary is important for symbolic representation. Having women in such a visible, and historically male, post can symbolise that a previously excluded group is now part of democracy. The ‘novelty’ of this appointment may inspire young women to engage in and discuss politics, as US studies have shown is the case with non-incumbent female candidates. In general, women’s higher representation in Cabinet has a stronger effect than their representation in Parliament on women’s conventional political participation (i.e. voting, party membership, petition signing). However, it should be monitored how visible the women in this new Cabinet really end up being. Previous data has shown that women have been absent from the government’s COVID-19 response, which was mainly managed by men.

Most pressing is the pandemic’s explicitly gendered effects as women have been hit hardest by job losses, increases in domestic violence, and the difficulties of home working and school closures. As the government looks to ‘level up’ and ‘build back stronger’ from COVID-19, these gendered inequalities must be considered in its policy response. The small increase in women in the Cabinet (and the minimal increase in the wider government) may have an impact. We generally know that having more women in Parliament leads to better policy outcomes for women but the evidence around women in Cabinet specifically is more mixed. And we should ask which women the Cabinet are representing, as new members such as Liz Truss and Nadine Dorries, are not the liberal feminist Conservative women we saw under Cameron or May. Nevertheless, we should not fall into the trap of seeing acting for women as only feminist acts. We need diverse women, feminist and not, present in both (higher) numbers and in the views being represented in any COVID-19 recovery. Levelling up representation is not just about women being visible in numbers and headlines during reshuffles, but also diverse women’s views being visible in policy discussions and outcomes.

Jessica C. Smith is Lecturer in Politics at the University of Southampton.

Photo by Samuel Regan-Asante on Unsplash. 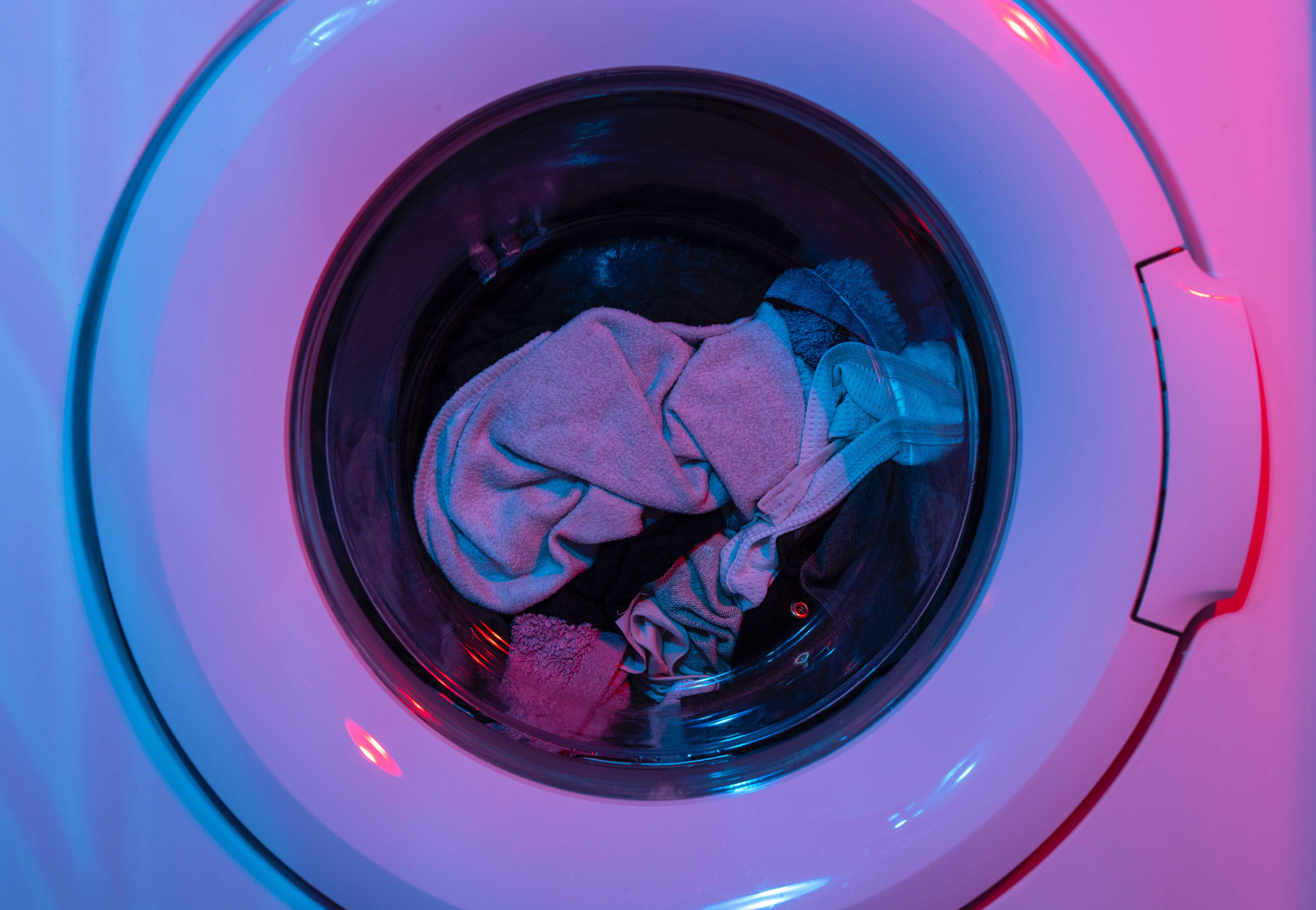 The UK could have led the way on rights for domestic workers. Instead it has refused to sign a new international convention that promotes fair pay, health and safety, and labour rights