Maddy Power, Ruth Patrick, and Kayleigh Garthwaite draw on a project investigating the experiences of low-income households during the pandemic to explain why the Summer Statement fails to support many such families.

‘Eat out to help out’, announced the Chancellor in his 2020 mini-Budget. As part of a series of measures to boost the economy amid the continuing economic fallout of the coronavirus pandemic, in August people will be able to get up to £10 per head off meals and non-alcoholic drinks between Monday and Wednesday in eligible restaurants, cafes, and pubs. We hoped for a New Deal but got a Meal Deal, quipped some commentators.

Certainly, the Chancellor’s eye-catching ask wrapped up in an offer will ring hollow to many families. On Thursday, the day after the Chancellor’s statement, the Independent Food Aid Network reported a 135% increase in the number of people supported by food banks within its network comparing May 2020 with May 2019, including an 85% increase in the number of children supported. The most common reason reported by food banks for increasing usage was, ‘current benefits insufficient to be able to afford food’. This prompts the question, who is the Chancellor’s ‘eat out to help out’ policy really for? And, linked to this, where is the support in the Chancellor’s Summer Statement for families who don’t have sufficient income to adequately feed themselves, with thousands instead having to rely on emergency, charitable forms of provision.

Our COVID Realities project includes work with parents and carers living on a low income – individuals who may not necessarily benefit from the Chancellor’s policy – to understand and document their experiences during the current crisis. We are creating an online space for parents and carers to share their everyday lives in these new and extraordinarily difficult times, hoping to make sure that these experiences are considered in the policy response. The COVID Realities website launches next week. But early exploratory work, in which 15 parents and carers completed diaries and online activities, underscored that, for many low-income families, the pandemic has placed additional pressures on already tight budgets, making day-to-day life harder and more stressful.

Everyday budgeting practices that low-income families previously employed have suddenly become inaccessible or impractical. For instance, shopping in multiple supermarkets for reduced-price items or the cheapest prices suddenly became unfeasible in the early stages of lockdown, due to regulations. As a result, parents and carers were often forced to change where or how they shop, which led to higher costs of buying food in particular, as Roisin, a single parent to two children, explained:

I have to do my shopping in small local shops so I can lock my children in the car and watch them. The butcher’s and petrol station does not have a massive variety – prices are a lot higher and smaller quantities so our budget which was overstretched before is not even enough to last a week.

Participants spoke of the additional costs lockdown created and the difficulty of meeting these, given their low incomes. Having children at home for longer periods of time directly incurred additional costs linked to having to buy more food, support home schooling, keep homes warm and light for more hours of the day, and somehow find money for leisure activities. Sarah, a mother of two boys, wrote:

Struggling with food today though, my little boy who is five is always hungry so we are going through so much food it’s like after every meal he wants to eat again and the healthy stuff costs a lot. He would basically have a full punnet of strawberries every day. I ran out of jam, bread, eggs, which is the stuff I use to fill him and really can’t be going shopping again till Sunday.

These particular challenges were especially acute for parents and carers living in poverty before the Coronavirus pandemic, as Sarah also explained:

All our wages go on our bills and food don’t really have any spare especially since a lot of my extra duties, such as event work and coaching have stopped due to covid. I know I am lucky but its hard at the minute boys need bits for school, paper etc and would like to get some more reading books but prices have rocketed because everyone is at home. Just have to manage as spending more on food.

The additional strain of navigating (already low and often inadequate) budgets, while also managing childcare and the daily realities of living during a pandemic, significant negatively impacted upon the mental health of affected families. Sabira, a single mother receiving Jobseeker’s Allowance, described the struggle to remain positive:

Home schooling is very difficult. Trying to keep going on positively. Because of my anxiety and this situation makes me not sleep at all and then I am tired. Getting up late in the morning has no routine. Sometimes I don’t want to do anything just sitting in front of Tv, don’t like to cook and prefer junk take away.

While emergency food aid was welcomed and often much needed, it sometimes also aggravated feelings of “shame” and “guilt” connected to parent’s concerns around not being ale to adequately feed their own children. Holly, a single parent of two children, who had recently been moved from Income Support to Universal Credit, spoke of the feelings of “disgust” she felt in herself after receiving an emergency food parcel that included inedible items:

It’s emotionally difficult to think I’ve been reduced to asking for stale and mouldy bread. I feel guilty for needing to access such assistance, I feel guilty for binning some of the produce given (my logic being that food poisoning could weaken my kiddies immune systems and make them more at risk of the virus, better to go without bread than to risk getting ill by it). And I feel shame. At that moment, I felt disgusted at myself. What kind of mother does it make me?

These early findings from our COVID Realities project starkly reveal the immense difficulties that low-income families face at this current time. We found that the normal strategies that parents and carers on a low income employ to get by have been tested by the unique circumstances of lockdown, with budgets further stretched by the additional costs of having children at home. Many (if not most) low-income families simply cannot stretch already very tight budgets to ‘eating out’. The Chancellor’s request for families to do their bit to support our ailing hospitality sector by heading out to the nation’s cafes and restaurants for many only compound existing feelings of shame, guilt and exclusion so often associated with poverty.

What was very clear from our study was that participants desperately needed additional income to meet their everyday costs. A response to this need was completely absent from the Chancellor’s statement and, associated, financial package of support. Along with project partners Child Poverty Action Group, we are calling for an increase to Child Benefit of £10 per child per week to help families cope with the additional costs caused by the pandemic and its economic and social consequences. But we are also asking government and policymakers to look at how the experiences and perspectives of people living on a low income are themselves better included in policymaking decisions and debates. The ‘eat out to help out’ policy suggests there is still a long way to go before policy can better reflect and – critically – respond to the perspectives and experiences of families in poverty.

Maddy Power is a Research Fellow in the Department of Health Sciences at the University of York.

Ruth Patrick is Lecturer in Social Policy & Social Work at the University of York.

All articles posted on this blog give the views of the author(s), and not the position of LSE British Politics and Policy, nor of the London School of Economics and Political Science. Featured image credit: by Thought Catalog on Unsplash.

Posted In: British and Irish Politics and Policy | COVID-19 | Featured | Public Services and the Welfare State 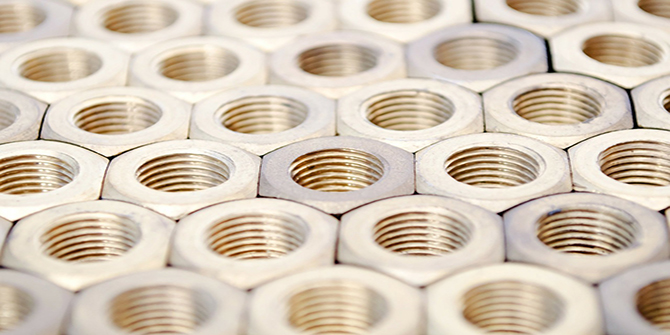