How can people be convinced that immigration is actually not a threat? Christina Boswell and James Hampshire explain that, in shaping public beliefs, narratives and images are more important than statistics. So, politicians who want to challenge the current demonisation of foreigners must construct narratives about immigration and its place in our society which draw on existing public philosophies of openness and inclusion.

New proposals on how to regulate immigration after Brexit are coming thick and fast. But there’s a lot of muddled thinking from the main political parties, especially regarding how to respond to anti-immigrant sentiment amongst sections of the public.

Politicians and commentators often fall into one of two traps. Either they take anti-immigrant sentiment as a given – a legitimate democratic preference, which needs to be taken at face value and respected. On this view, the role of mainstream political parties is to allay concerns through introducing more stringent controls and tougher integration measures.

Alternatively, politicians and pundits understand anti-immigrant sentiment as a problem of ignorance. On this account, large sections of the public hold inaccurate beliefs about the scale and impacts of immigration, and the answer is to better educate people, supply them with robust evidence and facts in order to bust the myths about immigration, and encourage a more enlightened approach.

To be sure, anti-immigrant sentiment and misinformation cannot be ignored. Opposition to immigration is often based on real anger and anxiety about voters’ socio-economic situation, even if many voters do not have accurate information about how immigration affects the economy or public services.

Yet such anxieties are not generally caused by immigration, even if they are readily channelled into concerns about it. Throughout history, immigrants and minority groups have served as a lightning rod for absorbing insecurity and social division. It is much easier to blame foreigners than to understand the complex structural factors that shape our lives. 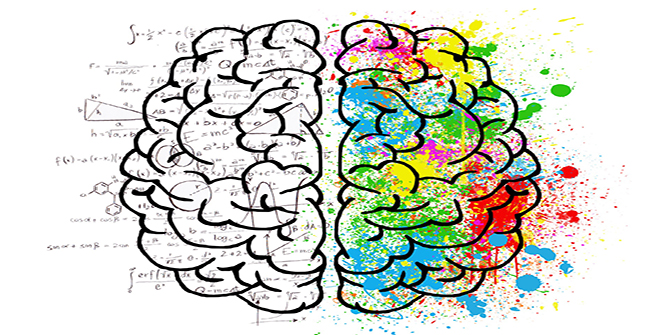 This is where political elites and the stories they tell — or do not tell — come in. In trying to persuade a sceptical public that immigration is not the threat many of them perceive it to be, narratives and images are probably more important than statistics and data. People do not rationally weigh up evidence, and decide the most appropriate way of venting their concerns. They are far more likely to accept claims that chime with their background beliefs about society or social problems.

In a recent paper we explore how these beliefs shape debates about immigration. We begin from the observation that every society has a repertoire of background ideas which influence collective narratives about social problems. We draw on Vivien Schmidt’s distinction between two levels of ideas. The first, ‘public philosophies’, represent the broad worldviews that shape our beliefs about identity, belonging, and the good society. For example, British self-identity embodies a strong conception of fairness linked to waiting one’s turn and playing by the rules, and it has incorporated hyphenated identities in ways that suggest a less than rigid notion of ethnic criteria for membership. Anti-immigrant sentiment is often articulated in the form of resentment about protecting privileged access to welfare and jobs, rather than in cultural or racial terms.

The second level is ‘programmatic ideas’ about the sorts of policy interventions that work in steering immigration. For example, the UK government tends to emphasise border control and deterrence as effective control mechanisms, while also operating a selective immigration system based on employer demand, albeit with numerical caps. Increasingly, public debate has coalesced around the idea that higher skilled immigration brings economic benefits, while lower skilled, ‘uncontrolled’ immigration places a burden on the public purse.

These background ideas – programmatic but also public philosophies – are not immutable. There is typically a range of values and beliefs that shape narratives of social problems, and these frequently conflict with one another. Politicians can draw on these selectively to construct compelling stories about immigration and its effects.

In our paper, we identify some of the strategies through which politicians can select and shape background ideas about immigration. Political leaders can selectively marshal ideas, foregrounding particular strands of public philosophy over others. And they can draw on shared narratives about policy legacies, to discredit or bolster claims about future policies. We show how such strategies influenced discourse on labour migration in the early 2000s in the UK and Germany.

In the early 2000s, New Labour attempted to justify a new approach by invoking British values of tolerance and diversity, and was successful – at least for a brief period – in uniting mainstream parties and the media around a narrative about the economic benefits of immigration and diversity. In doing so, Blair and his cabinet tapped into public philosophies of Britain as a cosmopolitan and multicultural nation, and programmatic ideas about the importance of attracting skilled workers to boost productivity and growth.

In Germany, the Social Democratic Party (SPD) and its Green coalition partner in the early 2000s attempted to promote a similar approach, drawing on programmatic ideas about Germany as a cutting edge economy attracting the best skills. But the government was initially thwarted in making its case by a Christian Democratic opposition that invoked more protectionist ideas. Paradoxically, over time, SPD/Green ideas about Germany’s need for immigration ushered in a profound shift in background ideas about immigration. This shift underpinned incremental steps towards a more progressive and economically-oriented approach to labour migration.

What is the lesson from this for political leadership on immigration issues? We suggest that political elites can play an important role in shaping narratives of immigration. While they need to anticipate and respond to voters’ preferences, politicians can also exercise influence by invoking background ideas about what sorts of approaches are feasible and legitimate.

Invoking public philosophies, especially those based on normative values, can be used to mobilise identification with – even pride in – shared values and history. See, for example, how the Blair government’s references to Britain’s history of openness underpinned support for immigration policy liberalization. Or, more recently, how invoking Britain’s legacy in assisting Jewish refugees through the Kindertransport has been used by campaigners such as Lord Dubs to exert a powerful moral effect in debates on child refugees.

Yet these examples stand out precisely because they cut against the grain of recent developments in the UK. As the narratives of the far right and the anti-immigrant press have gained prominence, the onus has shifted from public philosophies based on openness and diversity, to those invoking protectionism and nationalism. This has enabled the emergence of beliefs that immigrants are responsible for social problems such as hospital waiting times or housing shortages.

These beliefs will not be shifted by bombarding voters with data, since people rarely change their minds when presented with contrary evidence. Paradoxically, therefore, a more rational debate about immigration cannot be purely rationalistic. Instead, politicians who want to challenge ignorance and prejudice need to construct narratives about immigration and its place in our society which draw on existing public philosophies of openness and inclusion. These public philosophies do exist and they have been mobilized in the recent past. They can and should be resuscitated.

Note: this article draws on the authors’ published work in the European Journal of Political Research. It has also appeared on Christina’s personal blog.

Christina Boswell is Professor of Politics at the University of Edinburgh

James Hampshire is Reader in Politics at the University of Sussex