The UK economy is overwhelmingly dominated by large, and often very large, organisations. Small business is seen as a ‘good thing’ but rarely is its relative weakness seen as a systemic problem. Adam Lent calls on George Osborne to recognise the economic game will be fairer, more stable and creative when power and resources are distributed more widely to more players.

So the recovery is here but what of the grand rebalancing George Osborne made so much of in opposition and the early days of Government? Imports to exports. Debt to savings. South to north. Filthy rich to squeezed middle.  Without substantial evidence of these shifts, Osborne must constantly fear his jowlier, greyer appearance on Newsnight sometime hence explaining to a fulsomely bearded Jeremy Paxman why his legacy was one of bubble and bust.

As he drafts his Autumn statement, Osborne could banish such images from his head by focusing on one potential rebalancing that is widely overlooked: a shift from big to small.

On the face of it, the UK economy appears well balanced in this area with big firms generating around half of private sector turnover and Small and Medium Enterprise and micro-businesses generating the other half. That is until you notice that there are only 6,500 of those larger firms while the smaller companies number no less than 4.8 million.

And that is, of course, just the private sector. 45% of GDP is generated by public spending most of which is delivered through public sector organisations, the great majority of which would easily fall within the official definition of a large business.

The truth is for all the political rhetoric praising the contribution and importance of small business, our economy is overwhelmingly dominated by large, and often very large, organisations. Small business is seen as a ‘good thing’ but rarely is its relative weakness seen as a systemic problem. The failure to focus on this imbalance means we miss potential routes to creating the very sort of economy which rebalancing is supposed to promote.

Take the issue of fairness. The vast remuneration packages that have created a super-wealthy, super-powerful elite originate in the boardrooms of our largest firms. The exceptionally wide pay ratios that now exist in the biggest businesses are not a feature of smaller companies.

One reason, of course, is that small businesses simply have less cash to splash around with such abandon but it is also about the extent to which a firm’s directors are genuinely exposed to the competitive and financial realities of the market. It appears that those with the enormous organisational power of a blue chip CEO can make sure they are handsomely rewarded no matter what the market conditions. SME leaders are not so lucky. How else to explain the fact that while the pay of the directors of the biggest firms continued to rise in the wake of the 2008 Crash, that of the directors of smaller businesses barely shifted?

Then there is the ever present goal of ‘winning the global race’; becoming a nation that consumers around the world want to buy from. Economists cannot agree on whether small or larger businesses provide the best conditions for the creativity that drives such success but what is not contested is that allowing innovative start-ups and SMEs to genuinely challenge big business creates an economy more likely to offer better products and a better deal to consumers. Sectors like energy, transport and public services reveal how far we are from such competitive conditions. A recent report for the RSA and the Fairbanking Foundation, for example, showed how the real innovations in customer care in banking are happening at the much smaller end of the sector while the behemoths remain locked in to a flawed model predicated on opaque products.

As we learned from the Crash, size also brings with it enormous risks but ‘too big to fail’ is not necessarily just a concern for the City. Allow a large part of an economy to fall under the control of a handful of very big firms and the risk that one or two dysfunctional organisations can pose is vastly magnified. The result is not just a less stable economy but also an undue reliance on the taxpayer to bailout firms when things go wrong and, somewhat ironically, a much greater capacity for those large firms to demand special favours from government to make their trading conditions less challenging.

We have already seen how the state has been forced to step in to crucial areas like transport and banking but who can doubt that something similar would happen should one of the mammoth energy firms collapse.  An economy with its core sectors under the control of a wider range of smaller companies would necessarily be less risky for the long-suffering taxpayer and more stable for all.

This is not a straightforward case of big bad, small good.  Larger businesses undoubtedly have their virtues and benefits – most started off as small businesses themselves at some point after all. It’s about the recognition that the economic game will be fairer, more stable and creative when power and resources are distributed more widely to more players.  The challenge the Chancellor should meet is how to deliver that change.

This article was originally posted on the RSA blog

The first report from the RSA’s research project The Power of Small will be published in February 2014. The project is supported by Etsy.

Adam Lent is Director of the RSA Action and Research Centre. He tweets from @AdamJLent. 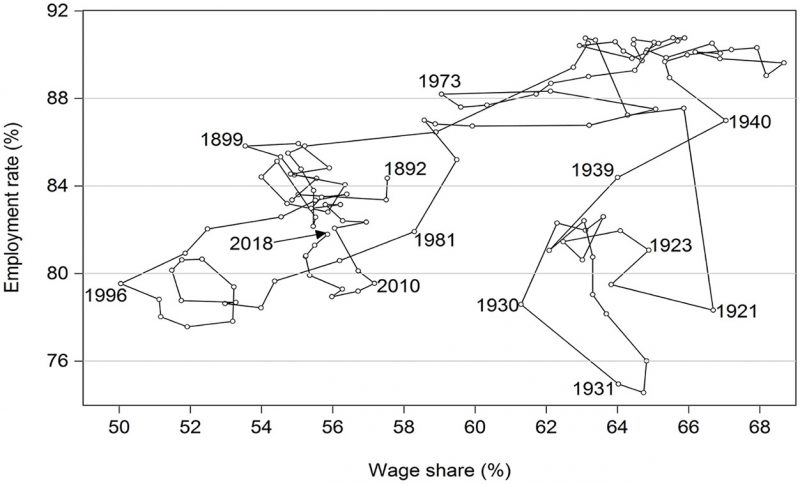