Community land trusts (CLTs) have emerged as an alternative housing solution to localised problems of affordability. Being governed by volunteers, however, CLTs have benefitted from the support of housing associations that provide them with vital technical expertise. But there are also difficulties that come with these partnerships, explains Tom Moore.

The affordability and availability of housing in England particularly affects those on low and moderate incomes. This is due to large discrepancies between house prices and incomes, a contracted social housing sector, and an expanding private sector often associated with limited security of tenure and high rental prices. House prices are estimated to have risen by over 50 per cent since 2005, while in some rural areas they can be as much as ten times higher than local salaries.

It is in this context that community land trusts have emerged as an alternative housing solution. Formed and governed by local voluntary boards, CLTs aim to tackle localised problems of housing supply and affordability, and to prevent the displacement of lower-income households from communities in which they may be unable to access suitable or affordable housing.

CLTs achieve this by attaching covenants to the future use, resale and letting of homes, restricting its use for private profit or capital gains. Affordability may be maintained through receipt of an initial subsidy, which may be free or cheap land, or capital grants, and used to suppress subsequent sale or rental prices. Governance structures stipulate open membership and democratic decision-making, offering local people an opportunity to influence and participate in the management and use of local housing and land. As a result, the number of CLTs in England has more than doubled since 2013, with over 170 organisations now in existence, largely in rural areas. 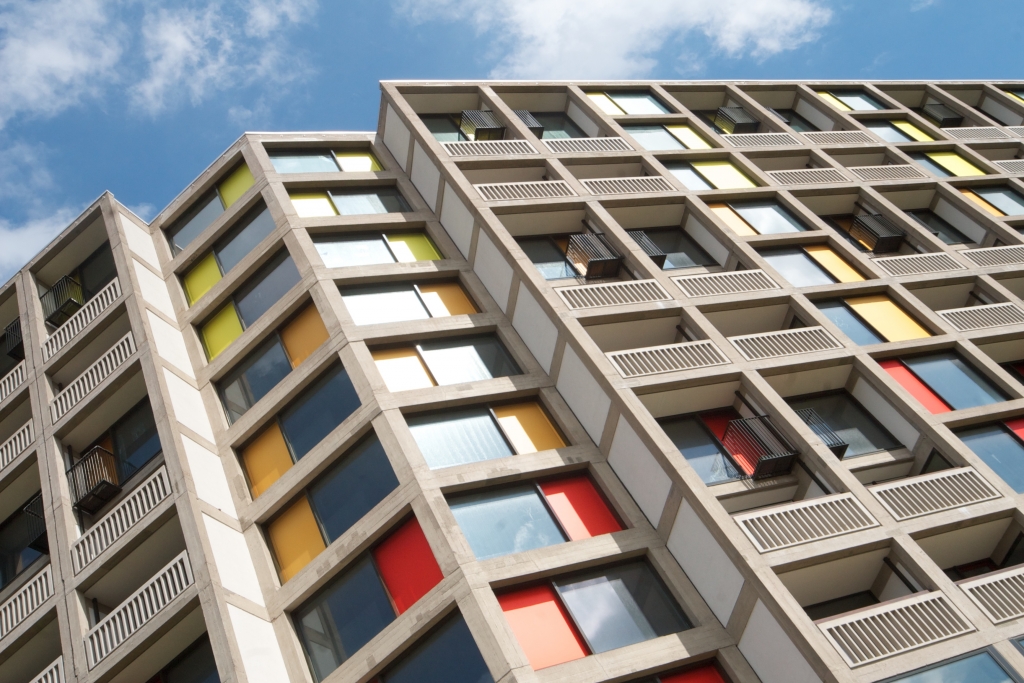 The proliferation of CLTs has been supported in part by growing support from the housing association sector, particularly for the development of rental housing. The two have begun to form partnerships that help CLTs to overcome barriers that had previously impeded their progress, including the acquisition of finance for housing development, and reliance on voluntarism. Such partnerships were also encouraged by the Homes & Communities Agency – the main funder of social and affordable housing in England – and a recent review of Community Rights policies emphasised the role of housing associations in community-led organisations.

Yet, while there is a long history of philanthropy and community development in the housing association sector, community development in England has sometimes been susceptible to a dilution of core values and local democracy. This is the result of partnerships and alignments with organisations or agendas that do not match their philosophies or objectives.

My research sought to explore the framing, motivations and practicalities of partnerships between CLTs and housing associations. A key motivation for CLTs that entered partnerships related to their inexperience in housing development and concerns that, as a newly formed voluntary-led organisation, they might lack the technical expertise and time commitment to plan and deliver affordable housing. This was particularly the case when bidding for capital funding from the Homes & Communities Agency, as the processes was perceived to be complex and designed for larger organisations. Consequently, some CLTs entered into partnership arrangements that enabled housing associations to lead on elements of housing development, including applying for funding, compliance with regulatory requirements, and management of homes on completion.

From the perspective of the rural housing associations that took part in this study, partnerships were seen as a natural extension of their working practices, in that they tended to have a track record for working closely with communities to deliver local housing. Furthermore, while in some locations housing development is often met with opposition from local residents, some housing associations saw CLTs as a platform through which local knowledge and priorities could be articulated and as a way of overcoming opposition to development.

Similar sentiments were expressed by local authority officers responsible for housing and planning decision-making. Initially, the ‘added value’ of a CLT approach was unclear to local authorities experienced in working with housing associations. But CLTs came to be seen as a vehicle through which local acceptance and democratic legitimacy could be obtained, as the principles of community leadership and local decision-making engrained into their constitutions meant that residents were perceived as more able to influence the planning and design of new housing. In addition, the financial capacity and scales of efficiency of housing associations helped to mitigate financial risks of development that may have otherwise impeded or delayed the delivery of CLT homes.

The evidence from my research shows that CLTs can act as a platform that strengthens the involvement of local residents in the design and planning of housing developments, helping to overcome local opposition and engage residents who may otherwise have been in opposition. Partnerships with housing associations helped CLTs to overcome problematic barriers to housing delivery, particularly with regards to the acquisition of funding and compliance with regulatory obligations.

Yet, there are some important implications that arise from the growth of partnerships. Partnerships typically involve CLTs owning the freehold of land, which is then leased to a housing association, which then uses it to build and develop homes. The CLT receives a nominal ground rent from the housing association as part of the lease, while the housing association takes responsibility for funding, developing and managing the homes, and retains the rental income that is generated. This economic model is very different to the conventional idea of CLTs and other community asset organisations, where their transformative potential is thought to lie in its ability to capture land values expressly for community benefit, with surpluses reinvested in local communities.

Some respondents in the study also expressed concern that involvement with housing associations may dilute the local focus and accountability of CLTs. This led to the creation of other forms of partnership that allowed CLTs to retain ownership of rental homes as well as land, where CLTs led development and sometimes sub-contracted key aspects to housing associations on a contractual basis. In addition, not all CLTs were able to identify willing and able housing association partnerships – often due to conflicting ethos – highlighting the ‘postcode lottery’ that may dictate the ability of CLTs to enter into partnerships.

These implications suggest a need to avoid an assumption that the CLT sector can rely on housing associations, and for alternative methods of scaling-up community-led housing to be considered. CLTs can provide a platform for local residents to agitate and antagonise for the delivery of affordable housing in their local communities, but this research points to increasing diversity within the CLT sector. Rather than there being a homogenous model of CLT governance and housing, there are emerging differences in working practices within and between the sector that are likely to result in different models and impacts of community ownership.

Strategic resource and institutional frameworks that attempt to support the replication and expansion of CLT housing will need to take into account and accommodate the disparate and varied practices and objectives that exist within and between CLTs, as well as the availability and extent of future support that housing associations will be able to provide.

Note: the above draws on the author’s published work in the International Journal of Housing Policy.

Tom Moore is a Research Associate and Impact Officer for the Urban Institute at the University of Sheffield. He has academic research interests in the field of urban studies, specialising in housing, community asset ownership, and the third sector.