The winners and losers of last week’s election results were eminently predictable: the No to AV campaign succeeded, the Scottish National Party triumphed, and the Liberal Democrats suffered at every turn. The voters’ judgements were surprisingly savage however, argues Bryan Gould, as he outlines the wider political repercussions of the Liberal Democrats’ losing streak.

The May election results delivered what was promised – only more so. The winners and losers were eminently predictable, but the voters’ judgments were unexpectedly savage. The night’s big losers were, of course, the Liberal Democrats. They certainly expected a poor showing but they must be surveying the post-election wreckage with something approaching dismay.

The overwhelming rejection of electoral reform, and the slim prospect of its reappearance as a viable option, mean that the holy grail of Liberal politics – and the assumed pay-off for a risky coalition deal – has crumbled in the hands of the Liberal Democrats. They are now left as the fall guys for the disappointments of coalition government, not only with no compensation for bearing the brunt of unpopular measures dictated to them by their senior partners, but with that downside underlined by the demonstrated failure and unpopularity of their central selling proposition.

Sadly, the mishandling of the way the issue was put to the electorate means that the UK remains saddled with an electoral system that serves the interests of adversarial politics and puts a premium on posturing rather than serious policy-making. There is, I suppose, a kind of poetic justice in the Liberal Democrats now finding themselves – with no salvation in sight – hoist on the petard of extreme policies that their coalition arrangement commits them to supporting.

The Lib Dem plight is, in other words, bad news for the wider politics of the UK. A similar judgment can be made – at first sight – of the Scottish Nationalist triumph. Closer examination, however, reveals that the message may not be as depressing as it seems. Alex Salmond’s success can best be regarded as partly the result of his own merits as First Minister and partly a reflection of the poverty of the message that Labour chose to deliver to its traditional supporters.

There are two optimistic interpretations that can be made. First, (and perhaps a little fancifully), the severity of Labour’s reverse might just persuade a timid and moribund Scottish Labour Party – and the wider Labour leadership in the UK as a whole – of just how much they have to do (in the aftermath of Blair and Brown) if Labour is to re-establish itself as the natural and accepted defender of the less advantaged and as the most convincing deliverer of a more equal and therefore more efficient economy and society.

Secondly, it is one thing to vote SNP for the purposes of identifying an effective Scottish administration – particularly when the alternatives were so unprepossessing. It is quite another to vote for Scottish independence. There is nothing to suggest that voters are ready to take that further and momentous step. But those who want to maintain the United Kingdom have been put on notice of how little time they now have to persuade Scottish voters.

If the messages were stark for the Lib Dems and encouraging for the Scottish Nationalists, what of the two main parties? For the Conservatives, it was a successful exercise in damage limitation. They avoided major losses in their own strong areas. They maintained a reasonable party unity and escaped the internal recriminations that a Yes vote on electoral reform would have produced. They preserved an electoral system that maximises their chances of staying in power, even on a dwindling minority vote. They have been able to use the Lib Dems as a lightning conductor for voter disaffection at the damage inflicted by government policies.

For Labour, the message is – or should be – a sobering one. The Scottish result is a warning of the price to be paid for taking voters for granted over a long period and of wandering across the political spectrum so that voters feel they no longer know what they are asked to vote for. And, looking to the future – and a pretty immediate future at that – a consolidation of that Scottish result in future general elections would destroy any chance of a Labour government of the United Kingdom.

Even in England and Wales, Ed Miliband now knows how much Labour needs still to do before it can translate an anti-Tory majority into an effective and well-supported government of the centre-left. It needs to be clearer, braver, more confident and distinctive. It needs to stop the ceaseless preoccupation with short-term polling, triangulation and spinning. It needs to strike out with a clear statement of a genuinely alternative and attractive option. The British people yearn to hear that voice. 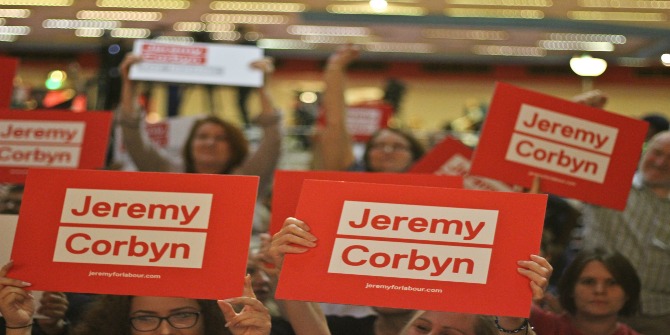