The Home Office has just released a report that finds no evidence that criminalising drug use has any effect on consumption rates. John Collins welcomes the report, writing that the evidence has been clear for a long time that criminalisation not only fails to curb consumption and supply but also has a highly detrimental impact on public health. He writes that the choice now is between maintaining the broken status quo or pursuing evidence-based policies that facilitate economic development, protect public health and ensure respect for human rights.

The findings of the Home Office drug policy report are not news in terms of the evidence. It is well known in the drug policy field that there is no evidence to support the continued criminalisation of drug use. On the other hand there is a large body of evidence highlighting the very negative outcomes produced by criminalisation. Criminalisation contributes to the spread of HIV and Hepatitis C; it increases the risk of overdose and death; it ostracises people from vital public health and social welfare services; it confers criminal records on people who don’t deserve one and produces many other hugely negative impacts on the lives of people who use drugs.

What makes this report interesting is the political context. It highlights a rift within the Coalition around drug policy, with the Liberal Democrats advocating a re-evaluation of national policies based on evidence and the Conservatives looking to maintain the status quo. The fact that a sitting government is having this debate is the key. Traditionally evidence on this issue has been suppressed when it failed to conform to the ‘war on drugs’ narrative. UK minister Norman Baker claims a similar effort to suppress evidence occurred here, but was overcome.

The predictability of, and disappointment with, the Conservatives’ response is highlighted by Niamh Eastwood, with London based charity Release: ‘It is disappointing that despite the positive evidence from other countries that do not criminalise people who use drugs, the Home Office has completely rejected the possibility of decriminalisation of drug possession.’ Release has previously worked with LSE academics Dr. Mike Shiner and Dr. Daniel Bear, to highlight the high racial disparities in the enforcement of UK drug laws. The evidence is discomforting: the costs of the current UK drug strategy and criminalisation are disproportionately born by poor and minority communities across the UK.

This is not just a UK but an international phenomenon. New York City is symptomatic of a broader racialised enforcement of drug policies across the US, leading some to label the ‘war on drugs’ as ‘the New Jim Crow’. In an Editorial on October 24th, the New York Times castigated the New York City Mayor Bill de Blasio for allowing the continuation of mass marijuana arrests, which hover between forty to fifty thousand per annum. Worse, the Times noted that: ‘86 percent of people arrested were black or Latino, despite data showing that whites and minorities use marijuana at similar rates’.

A somewhat analogous outcome is seen at the global level. In their contribution to the LSE Expert Group on the Economics of Drug Policy report, ‘Ending the Drug Wars’, Professor Daniel Mejia and Pascual Restrepo highlight that the global war on drugs had served as a mechanism to forcibly ‘transfer the costs of the drug problem from consumer to producer and transit countries’. They continue: ‘the low-effectiveness and high cost of these policies have led the region to ask for an urgent and evidence-based debate about alternatives to strictly prohibitionist drug policies’. In other words, the global north has traditionally exported their control efforts to the global south, and assumed no real responsibility to pay the costs.

It is for these reasons that we have seen world leaders increasingly demand a new and evidence-based approach to the issue. The LSE Expert Group report, Chaired by Professor Danny Quah, was endorsed by an array of world leaders including five Nobel Prize winning economists. It concluded that: ‘It is time to end the ‘war on drugs’ and massively redirect resources towards effective evidence-based policies underpinned by rigorous economic analysis’. Further it concluded that:

The pursuit of a militarised and enforcement-led global ‘war on drugs’ strategy has produced enormous negative outcomes and collateral damage. These include mass incarceration in the US, highly repressive policies in Asia, vast corruption and political destabilisation in Afghanistan and West Africa, immense violence in Latin America, an HIV epidemic in Russia, an acute global shortage of pain medication and the propagation of systematic human rights abuses around the world.

The Home Office report is an important contribution to this international debate, not least because it represents a relatively unique example of government honesty on an issue which usually witnesses evidence being subverted to ideology. Regardless of the retrograde Conservative response, the ground is clearly shifting beneath their feet. After the next election parties will need to reformulate their drug policies, and it will become increasingly difficult to sustain the status quo in the face of clear evidence and mounting criticism. The Liberal Democrats have clearly sought to carve this out as a flagship issue. The Conservatives, despite private utterings of displeasure with the current approach within the party, continue to publicly hold the line on the status quo. The key after the next election will be Labour, which is sympathetic to many of the issues highlighted by a public health-oriented drug strategy, but has traditionally shirked this issue out of a fear of a tabloid backlash for appearing ‘soft’.

Meanwhile, the international the tide is clearly shifting towards decriminalisation. Only this year, the World Health Organization issued a call for blanket decriminalisation of drug use, stating: ‘Countries should work towards developing policies and laws that decriminalize injection and other use of drugs and, thereby, reduce incarceration’.

We at the LSE will continue to work to help redesign the global framework to one based on the tenets outlined by the LSE Expert Group report. These tenets are: ‘public health, harm reduction, illicit market impact reduction, expanded access to essential medicines, minimisation of problematic consumption, rigorously monitored regulatory experimentation and an unwavering commitment to principles of human rights’. One hopes that the Home Office report will ensure that the UK becomes a more active participant in this important global debate.

Note: This article gives the views of the author, and not the position of the British Politics and Policy blog, nor of the London School of Economics. Please read our comments policy before posting. Featured image credit: ashton CC BY 2.0 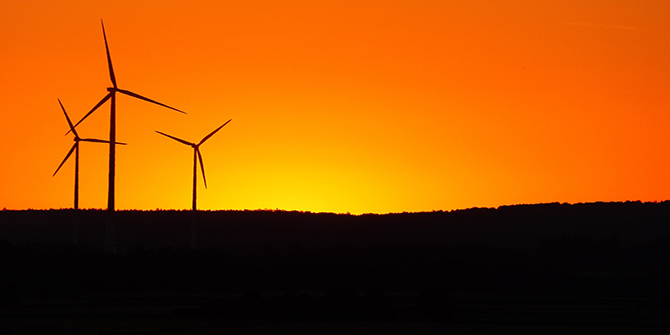