Wealthy foreigners looking for a quick way to get permanent residence in the UK can take the ‘investor route’. David Metcalf explains how simple reforms to the system, including visa auctions, would benefit UK residents.

For two decades, the UK has provided ‘indefinite leave to remain’ (ILR or settlement, often leading to UK citizenship) for high net worth individuals and their families. Many other countries have similar schemes. But the purpose of this immigration route is not set out anywhere: what is in it for UK residents?

The Migration Advisory Committee (MAC) was asked to examine this investor route and suggest improvements. The MAC reported in February 2014 and our essential conclusion was very straightforward: the present system is designed to maximise the gains to the immigrant investor and minimise the gains to UK residents. As The Economist put it: ‘The present system is deeply flawed’.

How does the present system work?

In the present system, migrants who invest £1 million in gilts or in UK registered companies can apply for permanent residence (ILR) after five years. An investment of £5 million reduces the waiting time to three years and £10 million to two years. The migrants need not speak English and they can bring their families.

Such investor numbers have increased rapidly in recent years. Between 2008 and 2013, 1,647 out-of-country visa applications were granted, with 560 in 2013 alone. Half go to Russian and Chinese nationals. Each main applicant has, on average, two dependants. There are also in-country applications, totalling 402 in 2013. These are typically extensions of the existing investor visa or a switch from the student route (Tier 4) to the investor route (Tier 1).

How might UK residents gain from the present system? 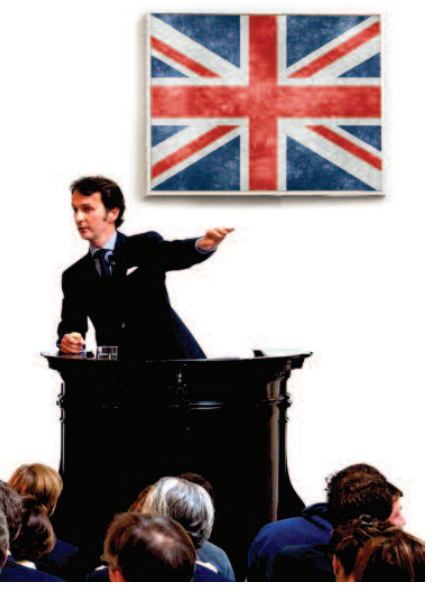 Most individuals who use this scheme invest in gilts: they loan the government £1 million for five years. But we do not need such investment to fund the deficit. We are selling around £300 million of gilts every day – the capital market is working very efficiently. At present, the annual aggregate loan via the investor route is equivalent to less than two days of our budget deficit.

Investors and their families spend money in the UK. This may generate some employment and some tax revenue, but these favourable effects are typically greatly exaggerated. In particular, many stakeholders –major consultancy firms and wealth managers acting for the investors – claim that the UK government gains stamp duty when their clients buy houses. This is nonsense, completely neglecting the counterfactual that there would be other buyers if the investors were not there. Equally, nannies, cleaners and drivers would mostly still find employment if the investor route were shut.

Some investors – probably a modest number – engage in entrepreneurial activity to the benefit of the UK. During our investigations, the MAC asked stakeholders if we could meet such people to understand their contribution. Not a single meeting was offered. Anyway, we already have an entrepreneur route, so it is not self-evident that such activity should occur via the investor route.

The present system can be reformed and both benefit UK residents and accommodate the main suggestions of the wealth managers promoting the investors’ cause. These include alternative investments; accelerated settlement; and less restrictive residence requirements.

Investment of £1 million as a threshold – unaltered for two decades – is too low. Indexing by earnings over the 20-year period 1994-2014 would yield a £2 million threshold for the standard investor route.

At present, almost all the people who invest do so via gilts. This is mainly because there is a top-up requirement: if they invest in shares and the value of their investment falls below £1 million, they must then top-up the investment. The MAC suggested that other investment instruments – venture capital or infrastructure bonds, for example – be encouraged instead of gilts. This would mean axing the top-up requirement.

Accelerated settlement – the £5 million or £10 million investment in gilts – is little used at present. Therefore the MAC suggested an alternative: a limited number of slots might be auctioned. At present, it is not possible to determine the optimal price – investment threshold – for a visa under the investor route.

One approach to determine the price would be to auction a certain number of slots, say 100, with a reserve price somewhat above (say £2.5 million) the proposed investment threshold of £2 million. The government would receive the excess over the £2 million. This surplus could go to a ‘Good Causes Fund’ similar to National Lottery spending.

To encourage investors to enter the auction, the MAC recommended that two incentives be provided:

Why the idea of visa auctions is controversial

Proposals to auction some investor visas – NOT passports or citizenship – turned out to be highly controversial. By and large, economists are supportive and other commentators hostile.

The MAC’s proposed method – a sealed bid auction – was endorsed by Professor Paul Klemperer, the Oxford University auction theorist: ‘A revenue maximizing government should prefer an auction based on single sealed bids… [over] an ‘English’ auction, where bids are public. This would play on applicants’ fears of missing out, encouraging high rollers to bid closer to what they are willing to pay, rather than just a fraction more than their competitors… To keep people guessing, and prices high, the government could keep the winning bids secret’ (The Economist, 1 March 2014). Will Hutton also endorsed the proposal in The Observer – and my LSE colleagues Alan Manning and David Webb were strong supporters when giving evidence to the MAC.

Four main objections were advanced to the MAC’s auction proposals: selling settlement; lack of due diligence; administrative complexity; and the need for ‘certainty’.

Auctioning visas does indeed involve ‘selling settlement’ (but NOT passports or citizenship). The critics who make this objection should stand back and ask the economist’s basic question: what is the alternative? At present, the UK is giving away settlement. Indeed, we are paying the investors interest on their gilts. So these critics – including the Home Affairs Select Committee of the House of Commons – may wish to ponder why achieving a contribution to a good causes pot is worse than paying Russian oligarchs to come to the UK.

Some commentators assumed that the highest bidders would automatically achieve settlement. This is not so. As the MAC report stated, there will always be due diligence. Whether this is undertaken prior to, or after, the auction is an important administrative question for the Home Office. It was very noticeable during the MAC consultations on investors that wealth managers and legal representatives are super-sensitive to the need for due diligence, lest they lose their licence to practice.

It was claimed that the auction proposal would be ‘administratively complex’. This is wrong. The bids are submitted and ranked. Say there are 100 slots available (perhaps 25 a quarter): the highest bids achieve settlement, subject to due diligence. Nothing could be simpler!

Most wealth managers and legal representatives suggested that their clients want ‘certainty’. The problem is that at present, no one knows the optimal ‘certain’ price of a UK investor visa – the auction would determine this price. One way round this, to accommodate the concern of stakeholders, would be to set a ‘certain’ price for the premium route – say £5 million. At £5 million, £2 million would be the standard investment threshold amount and £3 million for the good causes pot. If there were many more applicants than expected next time, the £5 million benchmark could be raised, and vice versa. But such an arbitrary amount is inferior to allocation by auction. As yet, the government has not decided on its response to the MAC proposals.

The present investor route confers more modest benefits on UK residents than is commonly supposed. But there is a case for retaining it – particularly if the MAC’s reform proposals are accepted – to signal that the UK is open and welcoming to those who wish to contribute to the wellbeing of UK residents. But it would be injudicious for the UK to enter a ‘race to the bottom’, matching special offers recently introduced by Antigua, Malta and Portugal.

Note: This article originally appeared on the LSE’s Centrepiece magazine gives the views of the author, and not the position of the British Politics and Policy blog, nor of the London School of Economics. Please read our comments policy before posting. 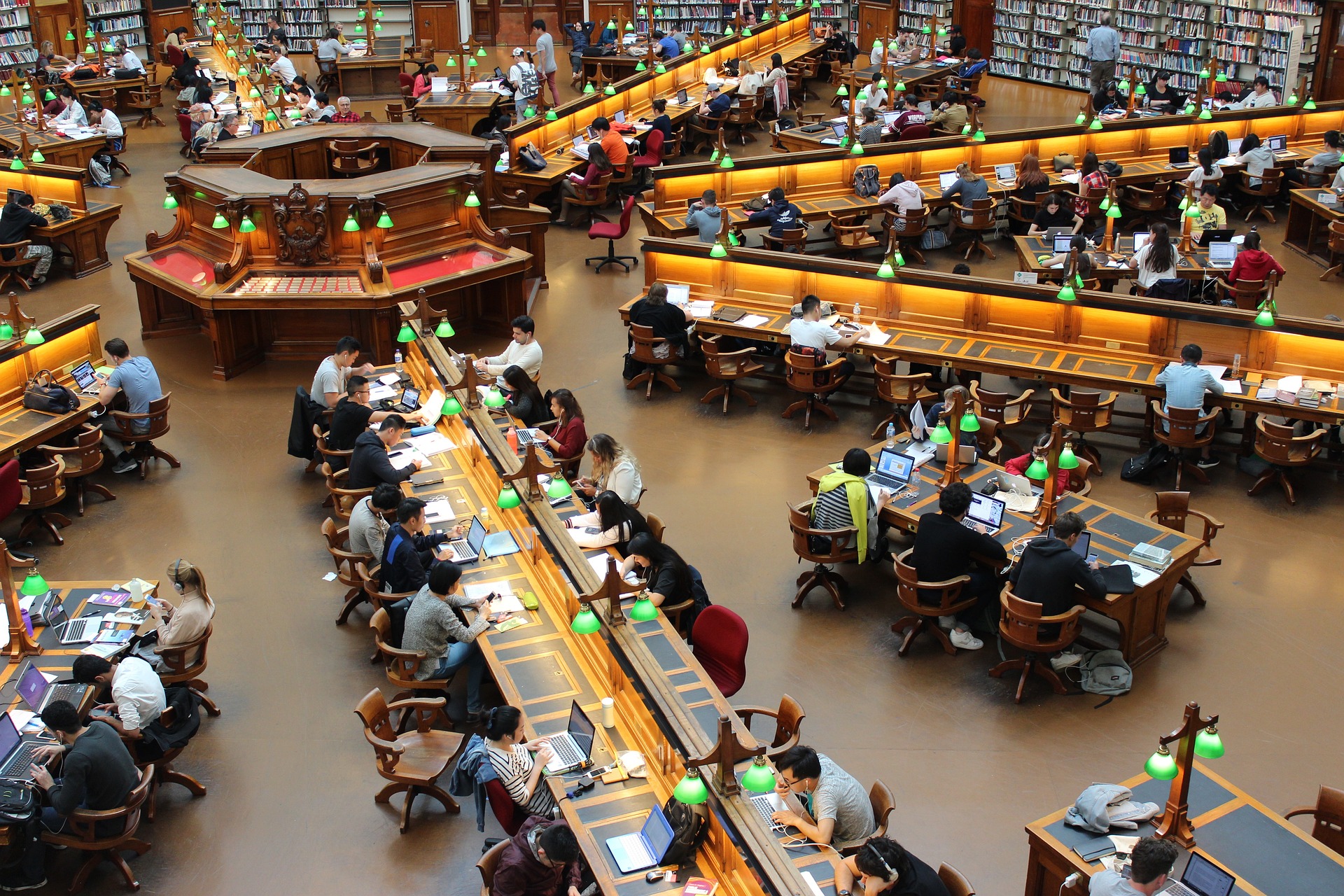